Ever since Apple unveiled its first iPhone in 2007, our notion of smartphones has changed. With its latest, the brand does it yet again 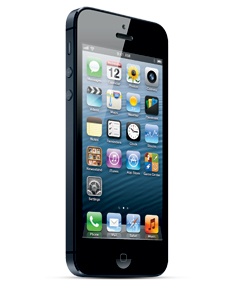 Ever since Apple unveiled its first iPhone in 2007, our notion of smartphones has changed. With its latest, the brand does it yet again


The iPhone 5 is faster, lighter and thinner, even though it has a larger display and longer battery life than its earlier avatar. It has retained and improved upon all the defining features of its predecessors. And it no longer wears any plastic. It’s covered only in glass and aluminium.

The iPhone 4S changed the way people take photographs, and thus became popular as a camera too. The iPhone 5 has even better front and rear cameras. The pictures also turn out better because of its Dynamic Low Light mode and Precision Lens Alignment mechanism. And since it shuns plastic, the lens now has a sapphire crystal cover that ensures still clearer images. The new CPU allows faster photo capture and better low-light performance. It can take panoramic views and lets you snap photos while shooting videos. The larger display screen can accommodate a fifth row of icons, and you also have more space to play games.

The iPhone 5 has three microphones, which help improve noise cancellation. The ear piece speaker also minimises ambient sound. All this improves your interaction with Siri as well, as also the voice quality during video calls.

The old 30-pin connector has been replaced with a new Lightning connector that is also reversible, which means you can plug it in without worrying which way is up. But what it additionally means is that you will need to buy extra adapters if you want to use your old iPhone cables, docks and accessories.

The handset is ready for LTE networks. As and when 4G mobile connectivity debuts in India, this phone will be able to download data at speeds up to 100 Mbps.
Unfortunately, there is no word yet on when it will be available in the country. But don’t rush to get one from abroad, because it runs on a nano Sim instead of a micro Sim card (what we have here). And there is no word yet on when India will adopt this new kind of Sim card either.