An entry-level smartphone aimed at youngsters 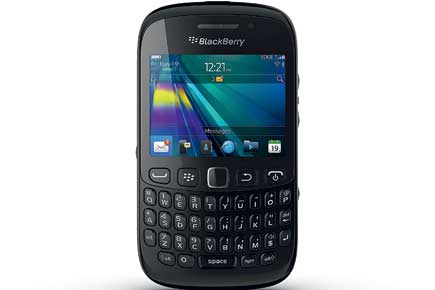 An entry-level smartphone aimed at youngsters


The latest Curve is here— it’s thin, light, affordable and high on features. There’s even an FM radio. It runs on the BlackBerry 7.1 OS and has a dedicated BB Messenger key. Though a microSD card is not included with it, it supports cards of up to 32 GB. And it weighs only 102 gm.

The multimedia keys that graced the previous Curve have been done away with. The only button in that space now is for screen lock/unlock. Its 6 cm screen is bright, though the resolution is only 164 dpi with 320 x 240 pixels. I would have preferred a screen with sharper display.

Initially I took the dedicated BB Messenger key to be just a gimmick. But I was converted after I tried it out. The key lets you access the service from any application and then go back to what you were doing by simply pressing the return key. And yes, it is very addictive.

The camera is just 2 megapixel and there is no flash. The images are okay for posting on social media, but don’t expect compliments for picture quality.

While the FM radio works only if earphones are plugged into the phone, you can route its audio to its speakers. The big problem with the radio is that its volume control keys double up as station selection keys. If you are not careful while trying to increase the volume, you’ll end up switching to another station. The radio also supports RDS (radio data system). The other issue with the radio is that it switches off the moment you turn on the camera.

Before you consider the phone, you must remember that it does not support 3G. That’s a huge letdown if you want to use it for social media. But it supports Wi-Fi. So, if you are using it indoors, you can get broadband speeds at a fraction of the cost a 3G connection would have cost you.

The only big issue with this phone is its battery. It lasts about 7 hours for regular users. Heavy users would need a recharge after about 4 hours.