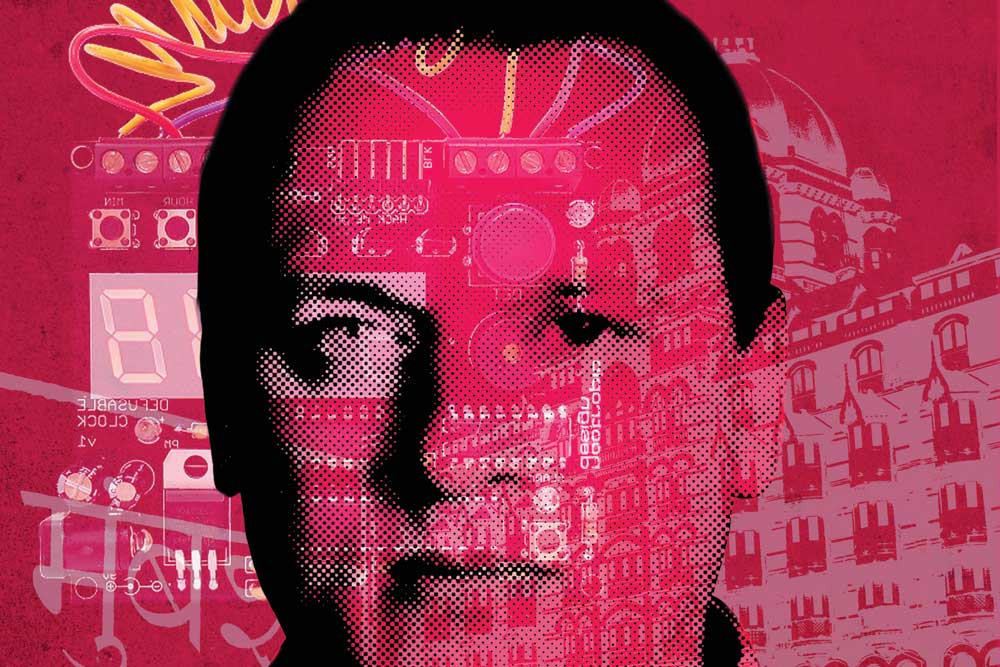 HASAN ABDAL IN Attock District of Pakistan’s Punjab province can in many ways be looked on as a town embodying the cosmopolitan character of South Asia. It is located at the junction of the Grand Trunk Road and the Karakoram Highway, close to ancient Takshasila. One of the holiest Sikh shrines, Gurdwara Sri Panja Sahib, is located here. It was in this town that General Ayub Khan, then Chief of the Pakistan Army, decided in 1954 to set up a Cadet College to serve as a feeder institution to the Service Academies. Its first principal was the legendary Hugh Catchpole OBE, formerly of the Rashtriya Indian Military College, Dehradun. However, in due course, the Cadet College evolved into an institution with a distinctly Muslim curriculum, where foreign students also had to follow Islamic education. The college produced several distinguished alumni, some of who went on to head Pakistan’s Defence Services. It also produced Daood Gilani aka David Coleman Headley, who achieved notoriety as the facilitator of one of the most heinous terrorist attacks in history.

Kaare Sørensen’s The Mind of a Terrorist: The Strange case of David Headley, first published in Danish as Halshug in 2013, has now been brought out in English. There has been a spate of books on 26/11 and on Headley. What makes this book more interesting than the rest is that the author has made use of Headley’s previously unpublished email correspondence with his school friends, the Abdalians, during 2008-09, which does provide a rare insight into the mind of a terrorist, as the title of the book claims.

The insights that these mails provide would also be helpful, to a certain extent, in understanding what makes educated young men and women join the Islamic State in such significant numbers. Headley was perhaps the first among the first few from this category of well- educated migrants who grew up in the West but chose to associate themselves with Islamist terrorism. Headley had a privileged upbringing, with a Pakistani diplomat and his American wife as parents. It is not clear whether the contradictions arising out of having a Muslim father and a Christian mother played on his mind and shaped both his criminal and spiritual lives alike. However, as Sørensen shows in this book, his father seems to have been the greater influence on David Headley’s life, though he left for the US to live with his divorced mother at the age of 17.

Sørensen has a chapter on the women in Headley’s life, each of who nearly exposed him as a terrorist. The first among these was Headley’s mother herself. In 2002, a friend of Serrill Headley told the FBI that in a confidential conversation, the mother had described her son as ‘an increasingly fanatical extremist’, who had taken part in military training with youngsters who were later killed in armed conflicts. A cursory check by the FBI on Headley followed. This story was repeated time and again as one after another of his several wives and girl friends contacted the authorities with suspicions against him. Unbelievably, Headley was cleared every time. Despite the fact that Headley had been an agent for the DEA, the conclusion that there was laxity on the part of US authorities is inescapable.

Sørensen says Headley and his friends exchanged more than 4,000 emails during 2008 alone. The quotes from these emails are very revealing indeed. Headley considered himself a Salafist who must reject anything that contradicted the Holy Book, which he claimed justified jihad, suicide attacks and killing of civilians. Headley rejected the idea that Islam needed ‘reform’. He argued that Westerners wanted to mainstream Islam to make it palatable and acceptable and to destroy Islam from within. He believed that ‘Crusaders’ and their allies were responsible for hundreds of instances of terrorism committed over a millennium, including many operations by Israel or NATO. He referred to ‘criminal acts’ by Westerners, like bombing Afghan villages to justify suicide killings and civilian deaths. His email exchanges with a friend who had seen action in Afghanistan seem to have motivated him greatly. Interestingly, he wrote to a friend who, like him, had moved from Pakistan to the US and had expressed the view that ‘terrorists’ are ‘brainwashed’ by viewing videos of atrocities against Muslims, that he (the friend) himself had been hoodwinked into believing Western causes as his own by watching Fox News or CNN and that his views had been conditioned by his life in the US. Headley’s most interesting interactions were with a professor friend from Islamabad, who felt ‘any moron or brainwashed idiot can strap a bomb and blow himself up. It will take much more to build a great, just Islamic society’. Naturally, Headley disagreed violently with his friend. But their exchanges throw a great deal of light on the mindset of a man for whom Islam as he saw laid down in its purest form by the Prophet could do no wrong. For him, beheading was not a barbaric act at all. He cautioned a friend who criticised a beheading in the following words: ‘If innocence or guilt is irrelevant to you, and it’s the violence that is abhorrent to you, then please feel free to also vent your outrage on other atrocities as well, like the recent Gaza massacre. Let us know how you feel, when you see little limbless children lying in hospitals or fathers burying their kids with tears in their eyes, or old folks sitting under the sky next to their demolished houses.’ Researchers trying to understand reasons for the radicalisation of educated Muslim youth may ponder whether there is some element of truth in these words of David Coleman Headley.

THERE IS AMPLE material provided by Headley’s emails to show that somewhere along the way, Headley became a religious fanatic. Sørensen suggests that this happened as a result of Headley’s desire to atone for his sins. But it is doubtful whether Headley managed to live up to his Islamic ideals even after his rediscovery of Islam. What emerges from the book is the picture of a man who, while professing to be a devout Muslim, failed throughout his life to live up to the ideals that the Prophet and Islam taught.

Headley continued to acquire wives. His attempt to hide one wife from another would have been hilarious had it not been so pathetic. As Sørensen points out, Headley also failed to protect his accomplices, though in his emails he had said, ‘A Muslim never turns over a fellow Muslim to a Kafir’. His letting down of Rana was the prime illustration of this trait. He told federal investigators, though reluctantly, that he had kept Rana in the loop regarding his terrorist activities, making sure that this lifelong friend, to whom he owed much, ended up in jail.

Far from being a mastermind of terror, Headley almost blew his cover showing off his military experience to a young friend he acquired in Mumbai, for which he was ticked off by his handler Sajid Mir, who was also furious to learn, Sørensen says, that he had shared the details of the Mumbai attack with Haroon Ashique, a former army officer who was later arrested in Pakistan for carrying out kidnappings for ransom. In fact, it seems that a Glock pistol that Mir had once given Headley was possibly used by Haroon in a kidnapping attempt.

Headley’s role in the Mumbai attack was also limited basically to the reconnaissance of possible targets, which he could carry out facilely, being an American national. Headley deserves credit, from a terrorist’s point of view, for locating Chabad House as a target, since not many people in Mumbai were aware of the place. However, Headley was not called to any control room to guide the terrorists through the pathways he had identified, although he was readily available in Pakistan.

Headley got caught while bungling his way through preparations for an attack on the office of a Danish newspaper which had published caricatures of Prophet Muhammad. The lone wolves who carried out several attacks in Europe over the last few months did a far better job, again from a terrorist’s point of view, than Headley was able to. But the lone wolves were prepared to die. Headley had no intention of laying down his life for Islam. In the ultimate analysis, it is the presence of such weak links in terrorist ranks that gives security and intelligence agencies their much-needed breakthroughs in the investigation of terror attacks.