Salman Rushdie speaks of a failure called Pakistan, and why his lawyer told him proving Indira Gandhi was not of good character was the only way to save his skin 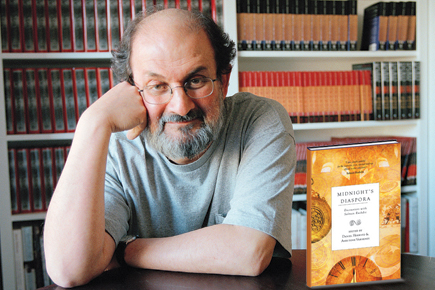 Rushdie on Pakistan, and why his lawyer told him proving Indira Gandhi was not of good character was the only way to save his skin


I never met Indira Gandhi, but clearly she does not come out well in Midnight’s Children. When the book was first submitted to the publishers in India, they were quite nervous that the book was rude about the prime minister. I was asked to provide a justification for the various statements made about the Emergency, and about Mrs Gandhi’s part in it…

…Anyway, three years after the book came out, Mrs Gandhi tried to sue me. There is one sentence in Midnight’s Children… [It] talks about her relationship with her son, Sanjay Gandhi, and why he supposedly had so much power over her. And it repeats a well-known story of the time, which is that Sanjay had always blamed his mother for causing the death of his father by an early heart attack. You know they separated and so on, and his father, Feroze Gandhi, died after his separation from Indira Gandhi. Sanjay had blamed Indira for that and as a result she felt guilty, and she therefore could not deny him anything.

This was a story that many people had circulated all over India. It had been often published, and in the novel it is reported as a rumour… Anyway, Mrs Gandhi sued about this sentence. In the letter I had written to the publishers three years previously, I had said that this is the only sentence in the book that I could not justify—because it is about three people: two of them are dead and the third is the one who would be suing you. But I said it has been in the public domain, so I don’t see any problems with it. That letter saved my life because it meant that the publishers had accepted that as the basis of publication, so they couldn’t repudiate me…

…To be fair, she was not being very hostile, was not asking for damages, was not asking for the book to be withdrawn. She was asking that in future printings of the book, that sentence be removed. I said to the lawyer, “..So what is the defence?” He said, “Well, in order to defame an individual, that person has to be a person of good character. So if you could show to me why the prime minister of India is not a woman of good character, then we have got a defence.” …This line of reasoning was quite remarkable.

In the end, I said, “Look the thing that worries me is that this is actually an unimportant sentence, it’s really just background, it has nothing to do with the story… And I said that if she would agree that this was the sum total of her complaint against the book, then actually we’ve won. Because what it means is that she is telling us is that she has no complaint with the description of the Emergency.”… So we had agreed to take that sentence out of the reprints, but then she was murdered. And you can’t libel the dead.

Yes, I don’t like Pakistan. Obviously I like lots of people there, but… You know for somebody who grew up in India, to go from there to Karachi felt like you were suddenly going to a world of incredible difference. In those days, the problems had more to do with dictatorship than with religious issues. But it felt unfree if you were used to living in a free society, which India, broadly speaking, was. Then there was the growth of Islamisation, which narrowed the society even more. I did say Pakistan was sufficiently imagined, that it was a failure of the dreaming mind. The proof of that is Bangladesh. You have this country, carved out of the subcontinent based on religious principles. You have a chunk over here and a chunk over there. Saleem in Midnight’s Children has a line where he describes Pakistan as this strange bird with two wings, without a body. The religious basis for the state was an insufficient glue, and other resentments began to take precedence over that.