‘Writers these days write to be seen, not read’

For years, Anees Salim nursed his introversion and dealt with rejection by starting new novels. This year, four of them found publishers 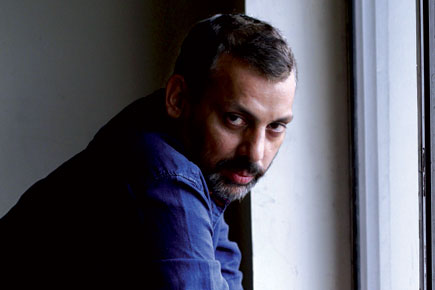 For years, Anees Salim nursed his introversion and dealt with rejection by starting new novels. This year, four of them found publishers

Anees Salim’s office resembles a blank page. The walls are bare, the desk uncluttered, and there is a comfortable silence, unbroken even by the door’s swinging open. It is 10 am and Anees Salim has just made his 10 km drive to work. On Facebook, Salim has 2,274 friends and often a quirky status like: ‘The first get-together of Cochin Club of Introverts happened last evening. As expected, nobody turned up.’ In real life, he is invisible. And until a few weeks ago, no one really cared. But now, Roy, the office boy at ad agency Draftfcb+Ulka Kochi, is busy making tea for visitors at odd hours.

Salim describes himself as a recluse.

“Writers these days write to be seen, not to be read.” Salim isn’t one of them; he hasn’t done one book reading, hates literary fests, and doesn’t attend parties or weddings—anything except funerals. At a funeral, where he can lurk and eavesdrop without being forced into conversation, he is at ease. “There is a scene in Vanity Bagh where I have described the ornately lit house of a boy who has committed suicide. [That] is from an old memory of a funeral.”

Vanity Bagh tells the story of a young man named Imran Jabbari. Confined inside a prison cell, away from all things familiar, Imran recounts memories of his hometown as he binds notebooks day after day. When Imran recalls his life in a Muslim mohalla, he sees, on the blank pages he is binding, words that had once been uttered by someone from his neighbourhood. These are often quotes from the ‘mad lady outside the masjid’, Salma Aunty, a random defence lawyer, or from a member of the protagonist’s family. Some are in the form of conversations that take place at a local poetry club. “I just wanted to convey… that even an ordinary person like your sabziwala is also worth quoting,” he says.

I’d read The Vicks Mango Tree when it first came out, having heard the story of his finding publishers for four of his books almost simultaneously. With its emotional range and loony characters, Salim’s debut novel was a page turner. The characters come back to me swiftly. Especially Rabia Sheik—noting down recipes that flowed from the transistor, having conversations in her mind with a radio jockey, writing long letters to her mother despite receiving no replies, staring for hours at a patch of moss on the wall outside her window, diligently taking notes about freedom and the Emergency from pamphlets.

Set in the Emergency years, The Vicks Mango Tree looks at the lives of five inhabitants of an apartment complex. “The Emergency was a topic I had always wanted to write about. I was about five when the Emergency was proclaimed. I heard people talk about those who never came back from captivity. Those reports stayed with me… On a personal [level], I was scared of Mrs Gandhi as a child,” he says. Salim rarely smiles, and when he does, it is involuntary, perhaps even crafty.

The manuscript for the book did the rounds of publishing houses, but always came back to him. Salim had already learnt to reject rejections. “Every time I was rejected, I started writing another book. That’s how I killed the pain of rejection. Soon I realised that it was the best way to stay focused.”

Waiting in the Kochi airport for a flight to Mumbai in 2009, Salim noticed a woman behind a coffee machine. Purdah-clad and shy, she served coffee, sorted change and stared at suitcases as flights took off above her into the clouds. He wondered about the irony. “She watches people march in and out of the airport, hiding her nervousness. She can see it all but [is still] a world apart. So I decided to write her story.”

He created a virtual identity for ‘Hasina Mansoor’, fleshing her out through Facebook status messages. Many concerned her daily activities or exchanges with family members: ‘Just back from a family picnic at the beach. Had lots of ice cream and cotton candies. Built a very nice sandcastle with a cute tower. When it turned warmer Papa ventured into the sea, swimming fast and growing smaller and smaller. Then a bloody wave brought him back!’ Others helped established her naiveté: ‘Nita Pilla’s grandpa died on his birthday. And only I had the presence of mind to stand by his body and sing Happy birthday to you!’

People befriended her, mistook her for real. Writer-activist Meena Kandasamy applauded her: ‘girl you are dope! or whatever addictive things there are, out there! can’t seem to pull myself away from your status messages.’

Then Salim wrote to a literary agent under her name: ‘My name is Hasina Mansoor, and I have been a part of the Indian aviation industry for the last couple of years. No, I am neither an air-hostess nor someone you will find behind a check-in counter. You will find me somewhere between the workplaces of these two. I am a sales girl at a tea vending machine. The immediate neighbour of this vending machine is a well-stocked bookstall, and the sight of books has inspired me to write. Tales from a Vending Machine is my life story, though I sincerely wish it happened to someone I hate. Would you like to read a few chapters?’

What he hadn’t been able to achieve in over a decade, Hasina managed in mere minutes. Kanishka Gupta, the agent, wrote back immediately, requesting chapters, and ended up selling four of his books in a single year. Tales… and Vicks Mango Tree were picked up by HarperCollins. Soon after, Vanity Bagh was signed by Picador and The Blind Lady’s Descendents, out early next year, by Tranquebar. But Salim says he isn’t happy with Tales…: “It was a commercial novel and I am not doing anything of that sort again.”

Salim provokes comparisons with RK Narayan. Satirical, imaginative and innocent, his books are a step removed from reality. His narrative of a lifetime in jail comes not from firsthand experience so much as imaginative speculation:

“My uncle worked with the jail department, and I stayed with [him] for some time as a boy. We stayed in the prison quarters opposite the jail and those days some of the prisoners would come over to our place to do some gardening.”

There seem to be insinuations of a Hindu-Muslim divide in all his books. This, he says, is not a misreading.

“Ours is a pseudo secular country and I am convinced that there is a Hindu-Muslim divide. They mock each other on a daily basis. I think there is something very nice about this pretence. Most of my novels are set in fictitious places that are similar to the Muslim colonies of Hyderabad or Delhi.”

Indeed, all his published books are set in imaginary towns and quaint mohallas. “I was 16 when I read Orwell’s Down and Out in London and Paris,” he explains, “Ever since, I have fancied places with big names, names that have a character.” Mangobaag is a recurring name in two of his novels. That, he says, has to do with the fact that he “grew up in forced solitude”: “I was not very familiar with the landscapes of Kerala either. So any place was fine to write about, but in [my] imagination, I lived in a land known for its mangoes. In that sense, Mangobaag is my hometown. But the next [of my novels] to be published is set in Varkala, which is my actual hometown.” He is referring to The Blind Lady’s Descendants, a suicide note that runs for 300 pages. That will be his fourth novel. After that, he plans to revive a manuscript he completed at the age of 20.

During the seven years he worked on The Vicks Mango Tree, Salim’s greatest fear was of dying with a tower of type-written sheets by his side—a fear he channelled into the book through Teacher Bhatt, who grows old with a tattered manuscript, waiting for Fame. “Now, my biggest fear is dying halfway through a manuscript,” he laughs—out loud this time.