Why Read Llosa over Marquez

Writing about Peru, the winner of this year’s Nobel Prize for Literature, Mario Vargas Llosa, also writes about our reality 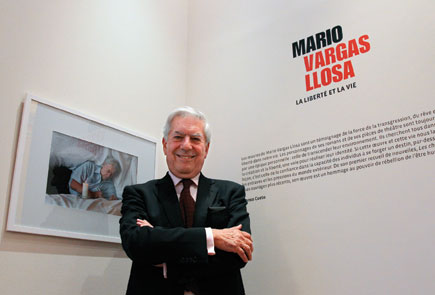 Writing about Peru, the winner of this year’s Nobel Prize for Literature, Mario Vargas Llosa, also writes about our reality


Our geography places us far from Peru, but literature’s ability to speak to us is not impaired by distance, but by differences in attitude. This is perhaps why very few writers in the English-speaking world outside India address us quite as directly as the winner of this year’s Nobel Prize for Literature, Mario Vargas Llosa, writing in Spanish of a Peru that we hardly know but easily recognised.

The emergence of Latin American writing goes back to a number of writers in the 1950s and 1960s, but in India, the names that most easily come to mind are Gabriel Garcia Marquez and Pablo Neruda (Jorge Luis Borges does not belong to any company or any time). Several generations of students have constructed their love life around the magic of Neruda’s verses. In this company, Marquez works a similar seductive magic.

While both Marquez and Neruda are fine writers, there is an injustice in the fact that their names overshadow those of Julio Cortazar and Llosa in our country. To some extent, their politics has added to their acceptance in India, where a natural sympathy for the Left often accompanies a fondness for the written word. In his politics and his methods, Cortazar shares a similarity with Marquez, even if he is far more cerebral and demanding. Llosa, though, stands alone. This is true not just of his politics, but also of his abjuration of the term ‘magical’ that so often and so easily applies to Latin American fiction.

He was once a close friend of Marquez, but they famously fell out in 1976 when a Llosa punch left Marquez with a black eye. The quarrel gave rise to much speculation that Llosa had not taken kindly to the ‘consolation’ Marquez had offered Llosa’s estranged wife. But it is also true that by then, they had begun moving apart politically, with Llosa eventually speaking for democratic and economic freedom, while Marquez drew ever closer to Fidel Castro.

In an interview to the Paris Review, Llosa was to remark of Marquez, “In my opinion, his writing and his politics are not of the same quality. Let’s just say that I greatly admire his work as a writer. As I’ve already said, I wrote a six-hundred-page book on his work. But I don’t have much respect for him personally, nor for his political beliefs, which don’t seem serious to me. I think they’re opportunistic and publicity-oriented.’’

Interesting as this quarrel may be, it lies in the realm of literary gossip. The differences in their approach to writing, though, are the very stuff of literature. Llosa says in the same interview, “In order to fabricate, I always have to start from a concrete reality. I don’t know whether that’s true for all novelists, but I always need the trampoline of reality. That’s why I do research and visit the places where the action takes place, not that I aim simply to reproduce reality. I know that’s impossible.’’

This is why Llosa’s world is so familiar to us. In their examination of power and poverty in Peru, his books seem as much about Indian reality. It is easy to pick out several examples of how well Llosa’s books translate to our settings, but my own preference is The Real Life of Alejandro Mayta. Over the recent past, in the post 9/11 world, we have had no shortage of books that examine religious fundamentalism, but for us, the case of Left-wing extremism remains far more challenging. Apart from Naipaul’s disappointing Magic Seeds, we have had very little we can look to, and the non-fiction that has come our way has been in the form of memoirs by the committed.

Set in a Peru ravaged by Left-wing extremism, in a country close to collapse, The Real Life is about a writer who sets out to write about events long past. A Trotskyist revolutionary, after years of waging the petty theoretical battles of the Left, comes upon a chance for action. At the time, the act seems futile and tragic, but in hindsight, this little revolution is the first step in the Left-wing extremism that wrecks the country. The writer’s research leads him to his protagonist, only to find that the events that had come to mean so much to him held a very different meaning to his protagonist— ‘that what I considered a crucial time in his life had become secondary to him…’

Lined up against this seriousness of intent is the eroticism and humour of many of his other books, such as In Praise of the Stepmother, where a young boy’s supposed blank state of innocence lets his desire lead to amusing if grievous wrongs. In Pakistan, Mohammed Hanif’s A Case of Exploding Mangoes, based on the death of Zia-ul-Haq, borrows both its seriousness and humour from Llosa, in particular The Feast of The Goat, a story of the days leading up to Dominican dictator Rafael Leonidas Trujillo’s assassination.

In India, though we have nothing to point to, the failure of Indian writing in English lies in the absence of a book that engages quite so deeply with our reality. What we have had are far too many imitators of Marquez. Attracted by the magic of his writing, it is easy to forget how difficult a feat that is to pull off. For a considerable period in India, magic realism became shorthand for shoddy work, for a lack of knowledge of the material the author was exploring. When the hollowness of such early works stood exposed, it gave way to the current paucity of ambition, where every slight work needs to be celebrated because we have nothing else to show for our efforts.

Many of our authors today bristle at the suggestion that our politics is relevant to our literature. They confuse issues when they think that to draw upon reality is to succumb to it. Llosa, who once stood for president, speaks as much for India as he does for Peru when he says, “…literature has more to do with what is lasting than politics does, a writer cannot put literature and politics on an equal footing without failing as a writer and perhaps also as a politician. We must remember that political action is rather ephemeral whereas literature is in for the duration. You don’t write a book for the present day; in order for a work to exert influence over the future, time must play its role, which is never or rarely the case for political actions. However, even as I say this, I never stop passing judgments on the political climate or implicating myself by what I write and what I do. I believe that a writer cannot avoid political involvement, especially in countries like mine where the problems are difficult and the economic and social situation often has dramatic aspects’’.