Where No Healing Is Ever Enough

Nominated for a children’s book prize, Anna Perera’s story of a Guantanamo inmate wrenches the heart with its stark realism. 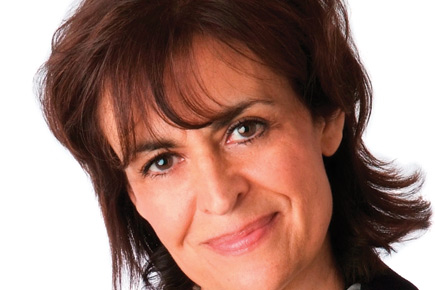 Nominated for a children’s book prize, Anna Perera’s story of a Guantanamo inmate wrenches the heart with its stark realism.


If fantasy has dominated the world of children’s fiction, Anna Perera’s book, Guantanamo Boy, ensures that the reality of a child incarcerated in one of the world’s most notorious prisons hits the reader in the gut. It’s a 340-page description of one of the worst nightmares anybody, adult or child, could possibly endure. It’s shocking enough that this Puffin publication was aimed at a teenage audience. Now, it has also been shortlisted for the 2009 Costa Book Award (formerly Whitbread) in the children’s book category.

Anna Perera writes the story of 15-year-old Khalid Ahmad, a Muslim boy of Pakistani origin who grows up in the British town of Rochdale with little other than football, computer games with his Pakistan-based cousin Tariq, and fantasies of his Irish classmate Niamh to occupy his mind. An Easter holiday visit to Karachi, his father’s hometown, simmering with fear and distrust in the wake of the US ‘war on terror’, changes all that. Khalid is kidnapped, taken to a detention centre in Kandahar and tortured till he admits to being part of an Al Qaida conspiracy to bomb cities worldwide, a confession that lands him two years of orange hell in Guantanamo Bay, the American-run prison in Cuba.

Anna Perera doesn’t care to paper over the horrors of isolation and torture he faces, describing in powerful detail how these start to crack Khalid’s mind. “Softening the subject would have meant muting the truth, which was never on my mind,” Perera says.

“My purpose in writing this book was to tell a story about a prison that many teenagers know nothing about,” she says, “To tell a story about the existence of a place that reduced the Geneva Conventions to nothing more than a worthless piece of paper.” Person after person Khalid encounters has similar stories of having been ‘sold off’ as a terror accomplice to authorities by bounty-hunters, tortured into speaking as demanded, and shipped off to an uncertain future at Camp Delta. ‘Someone here must be a terrorist. Where are they?’ Khalid keeps puzzling throughout his detention years.

The idea of a Gitmo book came to Anna Perera in the autumn of 2006, when she attended a charity event held by Reprieve, a human rights group. “When [Legal Director of Reprieve in the UK] Clive Stafford Smith said that children were also being held in Guantanamo, I decided to write this teenage novel,” she says, adding, “Dark subjects are nothing new in children’s books. From fairy stories like Hansel and Gretel, to works by Melvin Burgess, Kevin Brooks, Morris Gleitzmann and many others, you’ll find plenty of difficult issues such as drugs, prostitution, murder and abuse regularly addressed.”

Certainly, among the other three contenders for the award are also books that tackle tough subjects. Solace of the Road by Siobhan Dowd is the story of girl in a foster home and her longing for her mother. And, The Ask and the Answer by Patrick Ness deals with subjects of growing up, violence, torture and fear.

Anna Perera says she gathered material about Guantanamo Bay “from anywhere and everywhere”. Chief among them were the books Enemy Combatant by Moazzam Begg, a former detainee at Gitmo, and Bad Men and The Eight O’ Clock Ferry to the Windward Side by Clive Stafford Smith.

Married to David Knopfler, a founding member of the band Dire Straits, Anna Perera was an English teacher in London secondary schools before she decided to become a full-time writer. She’s also spent many years running an exclusion centre for adolescent boys, which “helped me get inside my main character Khalid’s head”.

Anna Perera has tried to end her novel on a note of hope and peace, but the wounds might be too deep for many of the actual survivors of Guantanamo Bay. When Khalid does return home, he tries to persuade his six-year-old sister Gul to not use a vibrant orange crayon on a picture she’s drawing. “I don’t like the colour, that’s all,” he says. As simple, and sad, as that.