What Orwell Owes to Motihari

The great novelist was born in Bihar. Who cares to remember? None, if the derelict state of his house is any indication 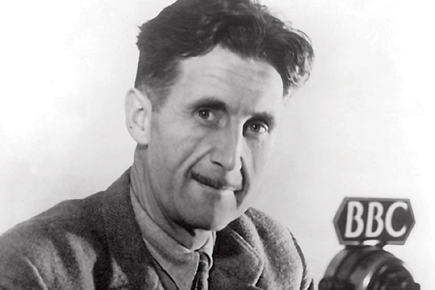 The great novelist was born in Bihar. Who cares to remember? None, if the derelict state of his house is any indication


Orwellganj Or Orwellpur. Take your pick. It could have been our very own Stratford-upon-Avon. For, George Orwell was born right here in India, in a dusty little town in Bihar. Instead, we have to settle for sad, forgotten, derelict Motihari.

Eric Arthur Blair, author of Animal Farm and 1984, was born on 25 June 1903 in this non-descript town in the extremely backward district of East Champaran. His father, Richard W Blair, was in charge of the British government’s opium warehouse here till he was transferred in January 1905. Orwell lived in Motihari for little over a year before leaving for England with his mother and sister. And he never returned to this dusty, congested town near the border of Nepal.

Imagine what could have been. A museum and a quaint little town with eateries serving ‘Orwellsaab wala murgh’ and watering holes where you could order an Orwellian peg.

Instead, you are directed to a crumbling single-storey, two-room building near the abandoned opium warehouse in the Telliapatti area of Motihari. This, you are told, is where the Blairs lived. It’s now home to local school teacher Brijnandan Rai, who teaches—English at that —at Gopal Shah High School. Much of the opium warehouse has already collapsed.

“What is left of this warehouse may crumble any day,” says Brijnandan Rai, who has been residing here since 1994. “Before me, the former principal of my school, Jagdish Prasad Singh, lived in this house. After his death in 1993, the school allotted the house to me.”

Without any help from the government, Brijnandan Rai finds it difficult to carry out any repairs. The roof is bent and arched, while the southern wall has been undermined by wild creepers and trees. Only the stone floor looks solid, though it bears a massive crack—the reminder of an earthquake that almost leveled Motihari in 1934.

Ironically, the 10-acre campus on which the house lies has become an animal farm of sorts. Stray dogs, abandoned cows and pigs have taken up permanent residence here.

“A few years ago, the Rotary Lake Town Club took up the task of restoration of this site, but in the absence of cooperation from local authorities, it could not do much, except putting up a plaque commemorating the historical significance of this place,” says Rai.

Until 25 June 2003, when hordes of scholars and journalists from various parts of country and even abroad descended on Motihari to celebrate George Orwell’s birth centenary, few in the town had even heard of the author.

“Talk to people in Motihari. Chances are they will tell you that George Orwell was born here. But only a few of them can guide you to the exact location,” says Rai.

Motihari also claims to be the place where Gandhi began his first non-cooperation movement in April 1917 in support of local farmers forced to grow indigo for the British textile industry. When the British authorities banned his entry, Gandhi, in a celebrated speech, told the colonial court that he had ignored the banning order not for “want of respect” of the law but “in obedience to the higher law of our being—the voice of conscience”. The town has a museum recording Gandhi’s first experiment with non-cooperation.

Gandhi, Orwell—there’s no doubting East Champaran’s past. But today, the district is known more for its frightening crime rate and grinding poverty. Perhaps, Orwell’s uncanny knack for prophecy (the ever frighteningly-true 1984) extended to his birthplace as well. Maybe that’s why he never came back.