Vivek Shanbhag has written a finely-woven novel which tells of the machinations of work and money, prosperity and globalisation through the story of a family 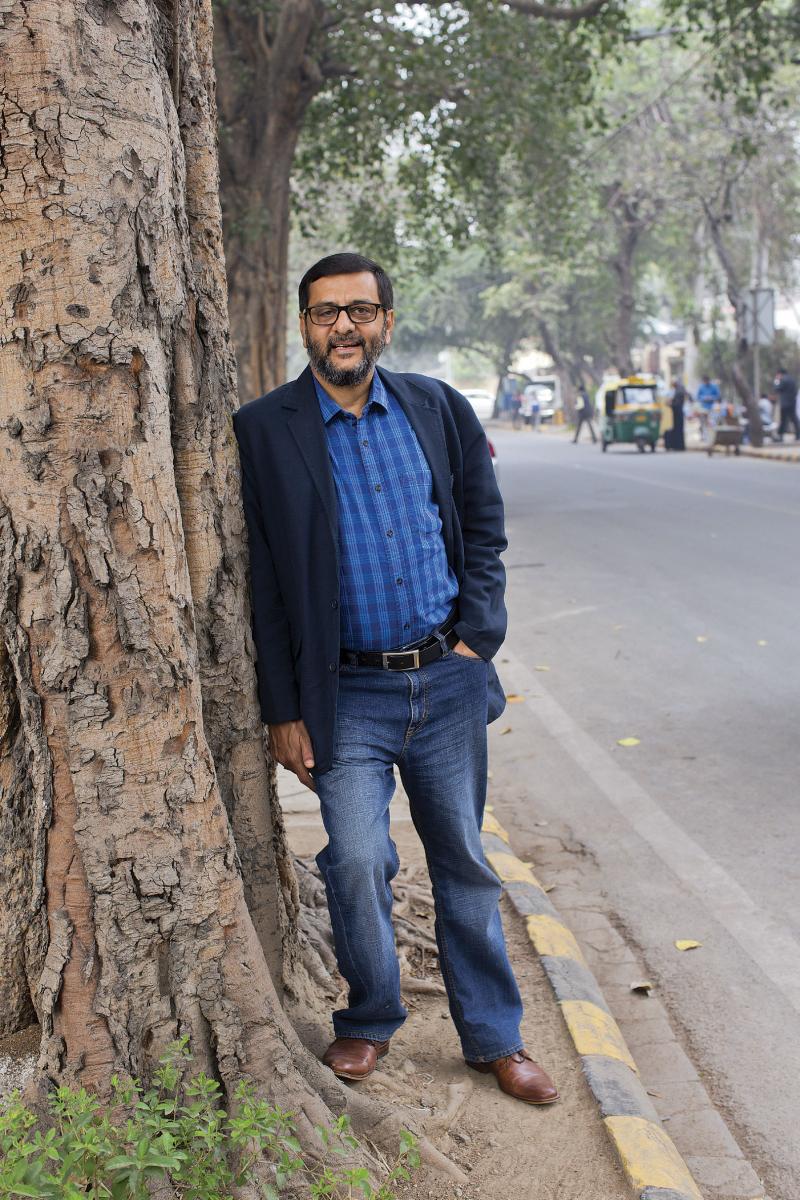 Type ‘Ankola’ into Google. You’ll stumble across an incomplete Wikipedia entry, photos of beaches dotted with coconut trees and picturesque temples. While online snapshots can never provide a complete picture in itself, these results tell us this much: Ankola is a small and scenic town in coastal Karnataka. It is a place significant for not making the national headlines, and important to those who live within its precincts. But it is here that Kannada author Vivek Shanbhag grew up by the sea, spent hours outdoors or in neighbour’s homes and played truant at school. It was an unencumbered childhood, where kids ran free and parents didn’t interfere. He lived in-and-around this area for 17 years, before moving to Mysore for his engineering degree and later to Bangalore for work.

But it was in Ankola that Shanbhag learnt an important lesson in life and literature: one does not need to travel to distant locales to write, one only needs to look around. It is a lesson he imbibed from famed Kannada author Yashwant Chittal (1928 – 2014) who set his own stories in the town Hanehalli, less than 50 km from Ankola.

Shanbhag’s novella Ghachar Ghochar (translated from the Kannada by Srinath Perur; Harper Perennial, 118 pages, Rs 399), which has recently been published in English, is dedicated to Chittal. Shanbhag, who first read Chittal’s stories as a teenager, had the good fortune of meeting him as a 17-year-old. The older writer took the aspiring one to his village, showing him its many sites and views. Shanbhag looked for the locations of fiction in the geography of the town. He had read about the village’s church, its bridge and its roads. He had imagined the stairs of the church as steep and winding, the bridge as spanning a broad river and the road as stretching across horizons. But to see these sites in flesh was to realise that his mind had magnified all of it. The church had only three stairs. The bridge wasn’t five-feet long and the road wasn’t more than two furlongs.

In Delhi for a brief book promotion tour, Shanbhag says, “For me it was the biggest lesson; what is life, what is reality, what is literature. How reality transforms into literature.” Chittal hadn’t measured these structures in his book, but as a reader Shanbhag had conjured up something bigger and vaster. The visit to that village taught Shanbhag that the power of fiction is its ability to transform the mundane.

Ghachar Ghochar is a finely woven novel set in Bangalore that uses the dynamics of a family to tell of work and money, globalisation and prosperity. It is told in the voice of an unnamed son who lives with his mother, father, sister Malati, paternal uncle chikkappa called Venkatchala, and wife Anita. He whiles away his time at a coffee house, pretending to be the director of Sona Masala while he gets a salary from his uncle’s company for not getting in the way. The story moves from present to past detailing the change in the circumstances of the family.

When the father worked as a salesman for a company dealing with tea, ‘Appa’s work was the whole family’s work’. The family had money to make ends meet, but nothing to spare. The son says, ‘… we simply did not desire what we couldn’t afford. When you have no choice, you have no discontent either.’ Under the father’s command, the household ran on a monthly salary, which neither rose nor fell. Under their uncle, the fortunes of the house gradually change, starting with the arrival of cooking gas into the kitchen.

In many ways, the novella builds on this simple assumption: what happens when we have more than we necessarily need? Does surfeit draw a family closer or further apart? The narrator ruminates, ‘It’s true what they say—it’s not we who control money, it’s the money that controls us. When there’s only a little, it behaves meekly; when it grows, it becomes brash and has its way with us.’

Stifling a cough and polite to a fault, Shanbhag explains the workings of the novel. Having worked with Unilever for 25 years, before quitting in December last year, he says, “There is a significant change in the last 25 years in our country, because of globalisation and new opportunities. It is very difficult to say whether these changes are good or bad. I am simply saying this is what happened in the book. I don’t want to be judgemental. You can’t be judgemental about people, because people keep changing. I feel this change in economic structure and money has had a significant impact on what we see and what we do and what we read. In this story it is not that this family has become super rich, it is a relative richness. And it is possible for thousands of families to get into that slot, and they have. This sudden abundance, having more than what is necessary, it has always haunted me… it changes you.”

With the eye of a writer and without the judgement of a commentator, Shanbhag deftly chronicles the changes that this relative prosperity brings. Wealth, Ghachar Ghochar tells us, doesn’t transform the family, it tweaks the dynamics of it. The number of possessions increase, the language of the family morphs. The house fills up with objects that are not necessarily required and pet names fall into disuse.

A family is defined not by the fact that they live under one roof, rather by the dialogues and conversations at home. Each family has its own lexicon, words and contexts that are known only to them. And this is especially true in the case of lovers, where pillow-talk is as silly as it is meaningful. ‘Ghachar ghochar’ is one such delightful term. On his honeymoon in Ooty when a knotted underskirt string thwarts the narrator’s amour, his wife says with a giggle, “Ghachar ghochar”. When he asks what that means, she replies, “There are only four people in this world who know what it means. My parents, my brother and I.” First used against a knotted kite-string by an irate brother, the word initially entered the vocabulary of siblings and then the family’s.

While an English language reader cannot rightly gauge the merit of this translation, and the playfulness of the words, Shanbhag wholeheartedly endorses Srinath Perur’s rendition. He says, “What is important is to capture the unsaid in Kannada and bring that into another language. And that has happened in this book. I feel it is two different books, one is in Kannada and the other is in English and the effort is to make sure that one gets the same experience in both. That is not possible but the effort is to come as close as possible to Kannada. And that is why it is important to understand the unsaid.”

Author and translator had to resolve the thorny issue of tenses in the book, since it slips in and out of ‘now’ and ‘then’. Shanbhag explains that in Kannada one can move easily across tenses, whereas in English it breaks the flow. While the translation follows the exact structure of the original, they relocated a single para to help solve the issue. They collaborated for over a year to get the tone right. He says, “The tone is where the narrator positions himself, what he can see, what he can hear. That is very important for fiction. Once he [Perur] got the tone, the rest became easy.”

It is detailing such as this that makes the book precious— valuable and not affected. It understands that small changes can have big impacts. It tells us how families work: ‘the well- being of a household rests on selective acts of blindness and deafness’. It reminds us of the texture of our relationships, the language that cements them and the actions that threaten to fracture them.