Being a refugee in the Northeast 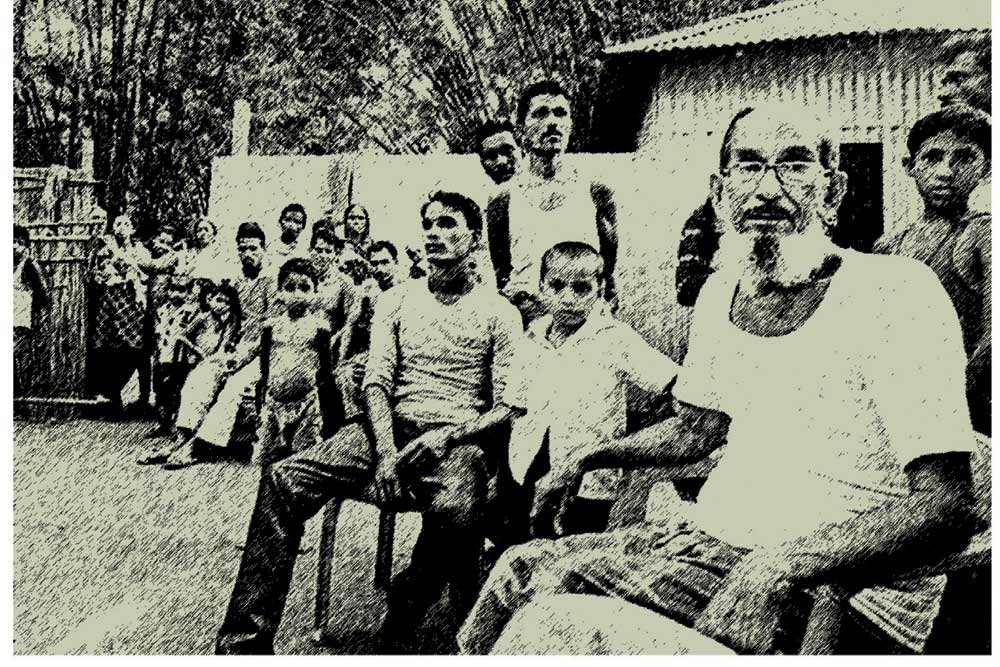 AFTER SYLHET’S EXTRACTION from Assam to which it was combined in 1874 and its cession to East Pakistan following a referendum in 1947, ruminations on home, land and their inhabitants were administered mostly through ethno-religious terms. The portioning of colonial India subsequently instigated the ghettoisation of Sylhet, Assam and, in subsequent years, Meghalaya. In Insider Outsider the episodes and aftermath of violence each contributor produces in immersive prose or verse is a recourse to that impulse: to impose who are truly in situ and excise the rest.

Dasgupta and Singh’s essay, ‘In Search of Lost Time,’ which opens the anthology is a comprehensive primer on the stages of metamorphoses that have led to Sylhet as we know it in Bangladesh and the ‘sliver of its land’ (three thaanaas that became Karimganj) in Assam today. Its purpose is two-fold.

By appealing for the legitimacy of Indian Sylhetis in their new homes after the 1947 Partition, they materialise trauma that ‘failed to capture the imagination of Partition historians until about fifty years later’. Secondly, by transmitting the ‘wistfulness […] that refuses to relinquish the memory of the past’, specifically of the essay’s subjects, the displaced Sylhetis and poets like Hemanga Biswas and Shaktipada Brahmachari, they show how writers like Amit Chaudhuri with his protagonist Ananda in Odysseus Abroad (2014), and a selection of the anthology’s contributors who are inheritors of such narratives, if not their first-hand inhabitants, are attempting to ‘write [themselves] back into the folk history […] which had never ‘existed’’.

Herein lies the kernel of the anthology’s objective: to reconstitute the body of the refugee/migrant/alien in the Northeast, specifically in the city of Shillong (which is the epicentre of most of the narratives collectivised here) that has been fragmented, dispossessed, mangled just like the land which they have left behind or are being ousted from.

In her memoir, ‘Growing Up with Mrs P’, Anjum Hasan records the ‘cosmopolitanism’ of their Khasi landlady in Shillong and her feat of bravery as she protects Hasan’s family, who are hiding in the bathroom, from a group of rioters banging against the doors of those they consider dhkars or non-tribals. ‘To be a Hindi,’ Hasan writes, ‘who happened to have no Hindi hometown to visit during the winter break […] was an awkward sort of Hindi to be.’

Ankush Saikia’s invention, detective Arjun Arora, is a Punjabi-Nepali in Delhi who, like its creator, exists ‘in layers’. In ‘Man in the Middle’, Saikia cautions against a narrative that distils ethnic violence as ‘A versus B or India versus Manipur’.

This is echoed in Mahua Sen’s essay, ‘Chronicles of a Death Untold’. When Captain Keishing Clifford Nongrum is martyred during the Kargil War, she visits the football stadium to pay her respects, worrying she might be attacked owing to her Bengali Hindu origins. ‘In we walked,’ she writes of her friend, the head of Khasi Students Union, ‘through the intimidating crowd, him behind me, his arms stretched out in protection.’

In Parismita Singh’s recent pitch- perfect short story collection, Peace Has Come (2018), Mongru is this mythical figure who skirts the war line between Santhals and Bodos, whose flute is often construed to be a gun, who is Saikia’s Man in the Middle. Ananda, Mongru and victims of communal violence in Shillong are often the objects of assessment owing to their intersecting identities where seemingly disparate geographic realities are grafted unto one another.

The subjects of the anthology are hybridised inhabitants of a region striving to consolidate a mono-ethnic identity. A collection which appeals largely to the quotidian rather than the military, and reads like a calculated retrieval of trauma rather than a racist diatribe against their inflicters, Insider Outsider is an important document from inhabitants of a hybrid habitat, a dying cosmopolitan society.