Two on a Trip

A well-told memoir on drug abuse, the saviour and the saved 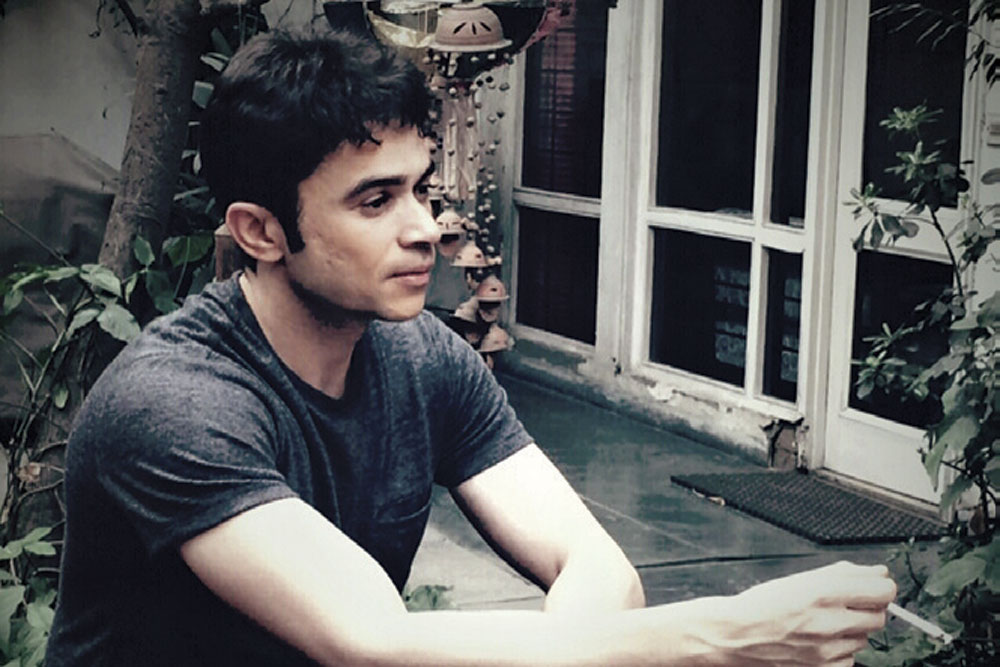 IN MID-2010, Arjun Nath, a heroin addict in his early thirties, joined a rehabilitation centre called Land, located outside Mumbai. During a therapy session with the centre’s founder Dr Yusuf Merchant, Nath was asked to write down a quantifiable goal. ‘To publish my first novel within five years,’ he wrote in near jest. When ‘Doc’ asked him to visualise the details, something happened: ‘I, who don’t believe I can buy groceries without cocking it up somehow, know in that moment of total clarity that I will write and publish a book. Doc’s simple and absolute belief in himself is contagious […] I am high, floating on another man’s faith.’

White Magic is that book—not a novel, but a memoir. Perhaps one shouldn’t insist on categories though, given Nath’s major authorial decision: to alternate vignettes from his own bout with addiction—told in the first person—with fragments from the life of Doc (or Bhai, as he was once known). Those fragments span a childhood where Ismail Merchant changed his name to Yusuf at age seven, adolescent angst, an early wedding, and the loss of a child when he was just 21 years old. They tell of how he helped a drug addict for the first time while interning at a hospital, then went on to establish DAIRRC (Drug Abuse Information Rehabilitation and Research Centre), and finally, decided to ‘go shopping—for land’.

Concurrently, we get Nath’s story. Entering the centre for the first time, he sees a plaque with ‘Our Sacred Land’ on it; later, another programmer refers to Doc as the God of Detox; the religious imagery will become easier to understand as we realise Nath’s precarious state during his early days at Land. ‘I watch the fish, the goldfish and redcap and black molly and wonder how they feel about… The Rules.’ (Directives which will stifle even a reader who has never done drugs; one gets a sense of what a Sisyphean struggle rehab is, for those who undergo it and for those who supervise.)

Though Nath is writing these passages from a relatively safe space after having undergone a successful rehab, he is using the present tense and trying to invoke his past experience of being in a junkie haze. The writing has a nervous energy and occasionally resembles other stream-of-consciousness narratives from this sub-genre: Hunter S Thompson’s Fear and Loathing in Las Vegas, Irvine Welsh’s Trainspotting. (‘Happy? I’m not any fucking happy. I hate having to be here. Fuck the routine. The food is shit on a plate. Doc is an asshole in a bandana. I want to stuff my pores with smack, swim in a sea of vodka.’)

If telling his own story, this must have been tricky; it must have been equally hard to be objective while doing a mini-biography of a man who becomes a hero for him. But the author’s clear-sightedness shows in the Doc chapters, where we see Merchant as a flesh-and-blood person with his own arc, fears and disappointments, rather than as a saviour. Nath didn’t want to take everything Doc told him at face value, so he experimented with voices and chronology: in one passage, we see Doc/Bhai through his younger brother Dadul’s eyes, as ‘a real asshole sometimes’.

In his author’s note, Nath reveals that White Magic was originally about Doc’s story alone, and the result was ‘soup. Interesting soup, by all accounts, but hard to swallow for a reader with a slim-to-zero chance of ever visiting Land or meeting the boss.’ He is probably on to something there, because for me this was a slight shortcoming in even the final, redone version of the book. Yusuf Merchant may be a genuinely fascinating figure, but the chapters about his life drag in places. Perhaps part of the problem is that the book begins as a gripping first-person narrative and then slips into someone else’s story; whatever the case, a point arrived (around the time Bhai’s first wife asks him for a divorce) when my attention began drifting.

This is not to deny the many good things in White Magic, which raise it above your regular inspirational ‘Life is beautiful now’ story. Nath’s writing is wry and vulnerable at the same time, and in its best passages—most of them concentrated in the first half—this book creates a moving portrait of two men, each on his own trip, and the circumstances that bring them together.