A first novel explores the lives of Asian migrant workers 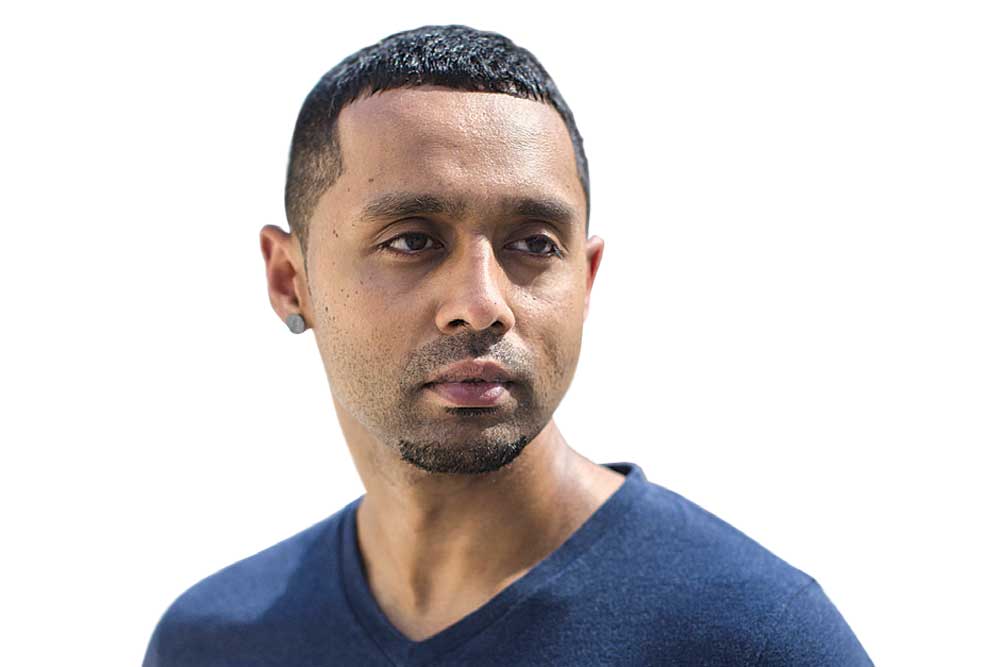 DEEPAK UNNIKRISHNAN’S Temporary People, a lacerating exposition of the existence of ‘temporary people’ in the Arabian Gulf, tells the unheard stories of sacrifice smeared with sweat, tears and semen, in a brilliant combination of Salman Rushdie’s linguistic invention and George Saunders’ satirical vein.

Through his award-winning debut novel, Unnikrishnan, who teaches at New York University in Abu Dhabi, has wowed literary circles by both pitch- forking a group of people whose lives have never been chronicled before, and by leaving the comfort zone of the conventional novel.

Temporary People does not throw an all-encompassing light on the subaltern lives and cultures of the expatriates in the Gulf—the guest-workers who end up living in the country for generations—but a random spot light, highlighting faces, voices and silences of people whose ‘temporary existence’ and sacrifices are unlike that of any other expat community. The 28 interlinked stories illuminate how the temporary status affects psyches, families, memories, fables and language(s).

‘Fiction has barely addressed the so-called guest workers of the Gulf, their histories, myths, their struggles and triumphs,’ says Unnikrishnan in an email interview. In a sense, Unnikrishnan has written a ‘native novel’ because he has lived the temporary life—as the son of an expat couple in Abu Dhabi—imbibing the local culture with detached attachment. On the streets of Abu Dhabi, he has merged with the mosaic of people—being a part and not being a part at the same time. Yet, he has lived a life, like the 28 people in the novel, away from ‘home’, never being a part of Kerala, where his parents are from, but being a part of the social fabric of a country, which he knows he will leave one day.

‘The book reads the way it does because it is primarily about people. So it needed to be populated by people, people of various sorts, with tongues that tasted of honey and acid. But because I’m a creature of the Gulf, a product of Abu Dhabi, a claimer of two other cities in the States, there might be a certain expectation of how much the book should represent, or explain, especially because I am a writer of colour,’ says Unnikrishnan.

Fiction has barely addressed the so-called guest workers of the Gulf, their struggles and triumphs

Temporary People tells us, with energy, of a subaltern culture and linguistic experimentations of rare imagination and phonic playfulness, the unhappy lives of generations of Asian expatriates, who are an integral component of a developing society but are never allowed to own it or take root in it. With Temporary People, a ‘multimedia novel’, which creates new meanings, effects and experiences by transposing words and transcending languages, 36-year-old Unnikrishnan has arrived as a fresh voice—a rare literary breed. The book also explores the mispronunciations and word appropriations that take place when a country’s main demographic are expat workers.

Unnikrishnan’s writing is at times Marquezian and at times Kafkaesque. He says he is flattered with the associations with the ‘masters’ but is more realistic. ‘I’m more like a subway busker. Few people know my name. Most readers hadn’t heard of me before the book came out, not that they know me now. So perhaps you understand why I feel a kinship with buskers. Because they’ve got no choice but to play, irrespective of whether the passerby/commuter is interested. I’ve always admired that about music and musicians in public spaces. It’s as though buskers need to get so much right to move someone to pause or listen. But they’ve also got to evaluate space, how sound bounces off things, crucial when they’re balancing the need to play with the need to earn. I never learned to play any musical instrument. Maybe that’s what I’m trying to do on the page, masquerade as a musician.’

In a way, the Gulf countries, which have less than 50 years of history, need novels like Temporary People that hold a mirror to the less- highlighted realities for their socio-cultural maturity.

Temporary People is the inaugural winner of the Restless Books Prize for New Immigrant Writing. Unnikrishnan is now researching his second book, one on three cities.

Sabin Iqbal
Sabin Iqbal, a journalist and novelist, is the Director of Mathrubhumi International Festival of Letters. His debut novel The Cliffhangers was published earlier this year

A novel on the homecoming migrant