The World Is What It Is

Surviving God and other delights 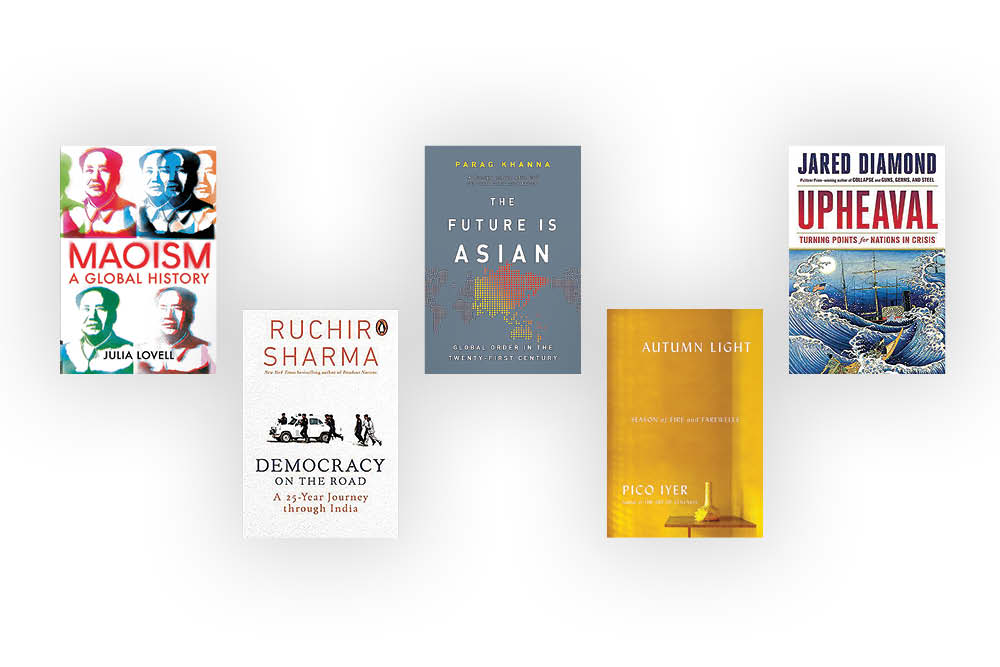 This Land Is Our Land: An Immigrant’s Manifesto
by Suketu Mehta (Penguin Random House) 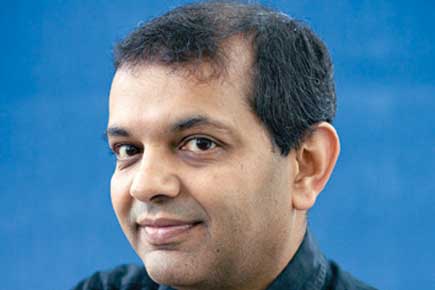 Drawing on his family’s own experience while emigrating from India to Britain and America, as well as years of reporting from around the world, Mehta subjects the worldwide anti-immigrant backlash to scrutiny. He juxtaposes the narratives of populist ideologues with the ordinary heroism of nannies, labourers and others, and explains why more people are on the move today than ever before.

The Body: A Guide for Occupants
by Bill Bryson (Penguin Random House)

Bryson’s latest book is an exploration of the human body, how its various organs and parts function and its extraordinary ability to heal and repair itself. Full of facts and stories, this is an attempt to understand the miracle of our physical and neurological make up. 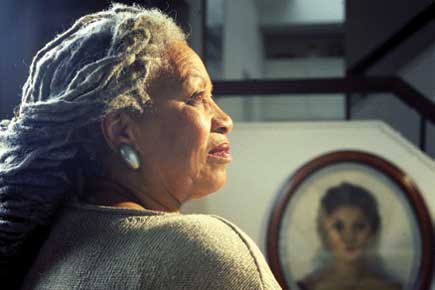 Spanning four decades, this collection interrogates the world around us. The essays, speeches and meditations are concerned with race, gender and globalisation. While this includes the sweep of American history and the current state of politics, it also covers the duty of the press and the role of the artist.

The Anarchy
by William Dalrymple (Bloomsbury)

An account of the East India Company’s takeover of India and the birth of the British Raj.

An exploration of Japanese history and culture, and a meditation on impermanence, mortality and grief.

We Are Displaced: My Journey and Stories from Refugee Girls Around the World
by Malala Yousafzai (Hachette) 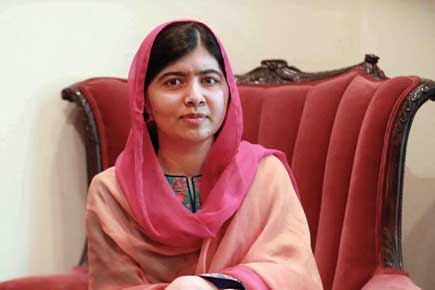 Nobel Peace Prize-winner and activist Malala Yousafzai introduces us to some of the faces behind the statistics and news stories we hear every day about millions of people being displaced from their homes worldwide. Part memoir, part communal storytelling, this book explores Malala’s own story of adjusting to a new life while longing for home. It also chronicles the personal stories of a few girls who have lost their community, relatives, and often the only world they’ve ever known.

In the third book of a trilogy, Diamond delves into how successful countries recover from crises. He shows us how seven of these have survived major upheavals of the recent past.

Doing Justice: A Prosecutor’s Thoughts on Crime, Punishment and the Rule of Law
by Preet Bharara (Bloomsbury)

Attorney for the Southern District of New York, fired by Donald Trump in one of his first acts after he became US president, Preet Bharara shares his views on what the legal system is, was and could be.

The Future Is Asian: Global Order in the Twenty-First Century
by Parag Khanna (Hachette)

In his latest tome, Khanna, an analyst of international relations and geopolitics explains how Asia is reshaping the planet and setting forth a new template for our future.

From bureaucrat to politician, this encapsulates Sinha’s journey from modest beginnings to the highest corridors of power. 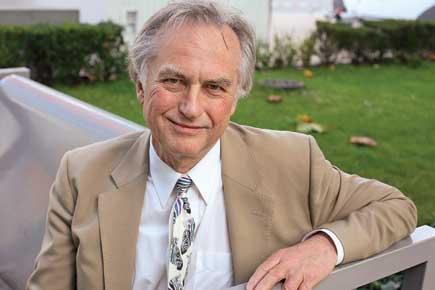 Beginning with the question why ‘our’ god should be any more important than any of the other gods worshipped by others now or centuries before us, Dawkins explains what agnosticism, atheism, pantheism, deism and all the other ‘isms’ actually mean. He examines if there is any verifiable truth in the Bible, if there is any sense in holy rules, how myths begin and how we decide what is morally good, before turning to the idea of a great designer, how evolution works, and how our world came into being.

She-Merchants, Buccaneers and Gentlewomen: The Lives and Times of British Women in India: 1600–1900
by Katie Hickman (Hachette)

From 1600 onwards, British women came to India. They came as wives, courtesans, single women looking for husbands, as merchants and even as wheeler-dealers. Hickman uncovers their stories hidden until now from history. Through diaries, letters and memoirs (many still in manuscript form), this book reveals the extraordinary life and times of hundreds of women who made their way across the high seas and changed history.

How Not to Be a Man
by Pankaj Mishra (Juggernaut) 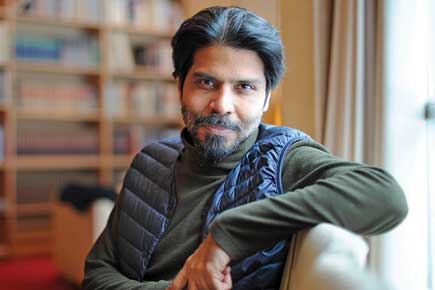 Pankaj Mishra writes on the connections between masculinity, young men and the age of anger.

This book looks at one of the world’s oldest art forms: the wall painting tradition of Bihar known as Mithila or Madhubani art.

An insider’s account of the early years of the Tibet-India-China relationship.

What Do Economists Do
by Esther Duflo and Abhijit Banerjee (Juggernaut)

A book that looks at what economists do and why their way of examining the world is more relevant than ever.

Past Present: India in the Geopolitics of Asia
by Shivshankar Menon (Allen Lane) 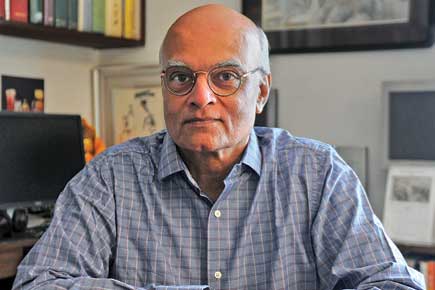 Menon situates India historically and strategically in the global context and analyses options for the country’s future role in Asian geopolitics.

Democracy on the Road: A 25 Year Journey Through India
by Ruchir Sharma (Allen Lane)

As someone who has been on the road during Indian elections for 25 years, this analyst of markets and economies distils his observations and experiences over that period in a book about the world’s largest and most complex exercise in democracy.

Maoism: A Global History
by Julia Lovell (The Bodley Head)

A re-evaluation of Maoism that analyses China’s engagement with the movement and its legacy. It takes us from tea plantations in north India to the sierras of the Andes, from Paris’ 5th arrondissement to the fields of Tanzania, from paddy farms in Cambodia to the terraces of Brixton. 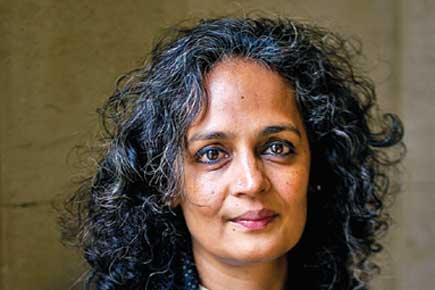 A collection of Roy’s political essays on justice, human rights and freedom.

A literary biography, a history of a crucial era in the making of Independent India.

The Last Man Who Knew Everything: JBS Haldane’s Life and Science
by Samanth Subramanian (Simon & Schuster)

JBS Haldane was a scientist born in Britain yet spiritually bound to India, and remains one of the most enigmatic figures of the modern era. Subramanian throws light on his world.

India: A Story through 100 Objects
by Vidya Dehejia (Roli)

In this illustrated volume, a hundred portable objects, both rare and familiar, tell the story of India in a new manner. This book is a people’s story—of merchants and traders, of craftspeople, jewellers, and artists, of thinkers and path-breakers, and also of kings and queens.

How India has best been explored.

The story of mridangam makers whose contribution to Carnatic music is yet to be properly acknowledged.