The Trouble with Sex

The most recent winner of the bad sex writing prize, Rowan Somerville, on the noun problem that plagues the art 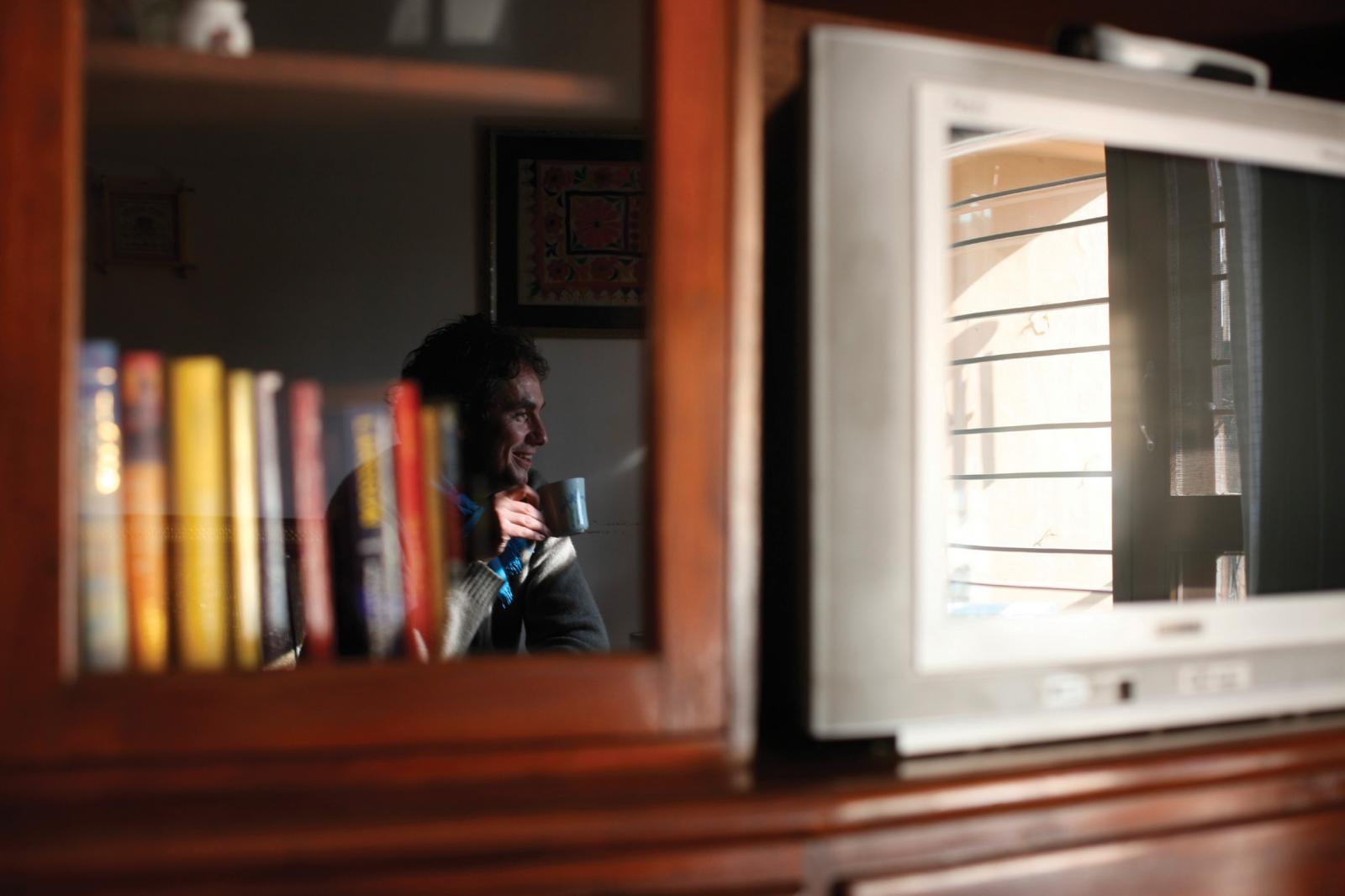 The most recent winner of the bad sex writing prize, Rowan Somerville, on the noun problem that plagues the art


He unbuttoned the front of her shirt and pulled it to the side so that her breast was uncovered, her nipple poking out, upturned like the nose of the loveliest nocturnal animal, sniffing the night. He took it between his lips and sucked the salt from her.’ The panel of judges chosen by the British publication Literary Review is believed to have taken quite a fancy to this passage from The Shape of Her. But finally, it was the sentence, ‘Like a lepidopterist mounting a tough-skinned insect with a too blunt pin he screwed himself into her’ that swung it for Rowan Somerville. So on 29 November 2010, the writer took a train from Paris to collect the 18th annual Bad Sex in Fiction prize given away at a stately function in London.

Interestingly, a  good four months before the award, The Shape of Her had garnered good reviews in The Guardian and The Economist. The Guardian, in particular, was impressed enough to say, ‘It is a brave author who attempts a novel with so many graphically depicted fumblings. But though many encounters are wince-inducing, we’re wincing with pity; and, crucially, Somerville makes no attempt to titillate. Sex between two wounded young people is sad, not sexy.’

Passing through Delhi on his way to a meditation camp in Gangtok, a jet-lagged and stubbled Somerville cheerfully agreed to an interview (and graciously offered us masala chai):

Q Have you ever met a lepidopterist (a person who studies butterflies and moths)?

A No, I haven’t. But can you think of anything drearier than mounting a long-dead insect in a glass case? Think of the sickening crunch…

Q What made you think of the analogy then?

A Analogies are a good way of dealing with sex in writing. Most writers use analogies. Because there is the noun problem with sex.

A The English language has only a couple of words for the male and female genitalia. How many times can you keep saying ‘cock’ and ‘cunt’ ? Besides, if you describe the act of sex, then it becomes mechanical, doesn’t it? So you end up sounding crude, or scientific, or cliched. That’s the reason writers use analogies for sex.

Q Why does sex occupy writers so much?

A Sex is one of the most fundamental parts of being alive. Without it, there is no life. Why is there not more sex, is the apposite question.

A It doesn’t present so many challenges. It’s little more than friction with mental pictures.

Q What then is the most difficult or challenging human experience to put in words: sex, death, giving birth or something else?

A That’s just it, it’s difficult to put in words. What can you say: lightness, whiteness, space, what else?

Q You were in Paris with your girlfriend but actually decided to go and accept the award?

A The only way to stand up to bullies is facing them. The bad sex award is a publicity stunt by a struggling publication. These are people who feel there should not be sex in writing. The editor of Literary Review, Nancy Sladek, has gone on record saying, “I don’t think there are any cases where it works”. They hope to shame it out of existence by decontextualising sentences and holding them up to ridicule. They called me to inform me that I was the winner, and invited me to the ceremony which was being held at this very gentlemanly old club in London, the Army and Navy Club. I said I would attend but they would have to pay me the money for my train ticket to London. In cash, beforehand.

A Oh yes, and I invited my brothers too.  I know I speak really well, so I had this long, angry speech prepared.

A It’s very snobbish, an English tie-and-jacket event in a ballroom. Lots of booze. And they invite well-known actresses to do dramatised readings of the nominees, who say ‘cock’ very melodramatically and everybody giggles. Every single time. These clubs are actually for school boys who never grow up. Who still love to wear uniforms and snigger when they hear ‘cock’.

Q How did your speech go down?

A I realised it was too angry. So I just said “There is nothing more English than bad sex, so on behalf of the entire nation, I thank you.” And of course, it got huge applause and everyone liked me immediately.

Q What is the trophy?

A A big foot shaped thing made of Plaster of Paris. My brother wanted it to use as a door-keeper. But in the end I didn’t bring it back. Now, I think I’m going to claim it and eBay it.

Q Do you think the bad sex prize has helped?

A Oh, definitely. I did National Public Radio in the US, and that’s 12 million listeners right there. There are so many books being published in the UK. You need something salient to stay out there.