It is rare for a film to inspire books on its theme, its principal characters or its creators. In that sense, the timing of Mathai’s book is a dead giveaway 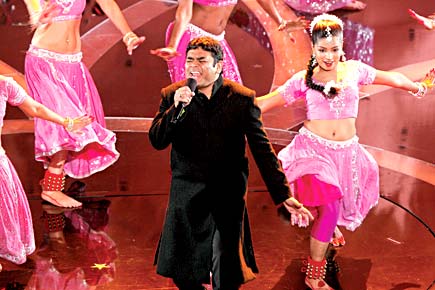 Iconic films in the West have had a way of triggering germane debate. Has Slumdog done the same for us?


In India, success is often an end in itself. The mark of one’s popularity is the ability to generate and sustain an aura—however hollow—around oneself. If you’re lucky, you create an entire industry around it.

For all its distinct features, Kamini Mathai’s book adds to the corpus of hagiographies that marks biography as a genre in India. It follows recent outpourings on Bollywood big shots like Amitabh Bachchan (Bachchanalia), Lata Mangeshkar (Voice of the Millennium), Shah Rukh Khan (Shah Rukh Can) and southern superstar Rajnikanth (The Name is Rajnikanth). Each one of them wins an Oscar for self-congratulation.

However, it is rare for a film to inspire books on its theme, its principal characters or its creators. In that sense, the timing of Mathai’s book is a dead giveaway. It chugs on the steam created by Slumdog Millionaire. The book even begins with the moments before and after Rahman’s Oscar win. And it’s no coincidence that Random House is soon due to release a book on Rubina, the slumdweller who played the young girl Latika in the movie. Her father, Rafique Quraishi, has said the book will focus on the before-and-after Oscar angle. Could it be the beginning of a publishing pipeline of sorts, creating Slumdog’s millionaries?

Mathai’s book, luckily, isn’t a sugarcoated account on Rahman. This unauthorised biography develops Rahman’s personality through the experiences of his co-workers and kin. Also, it relishes entering the intestines of the southern film industry. But in its total lack of intent in pinning Rahman down, the book ends up as an extended newspaper feature. For all the engaging material, Mathai’s abjuring of any insight renders the account an unalloyed paean.

Nonetheless, this book and the imminent one on Rubina leave a strange impression. Iconic films in the West have had a way of triggering germane debate. Million Dollar Baby infused public discourse on the validity of euthanasia. Boys Don’t Cry fuelled discussions on sexuality. American Beauty gave a dressing-down to the American family. Really, American culture, as evidenced by some Oscar-winning films, has kept a laser-like beam on the cracks in its society. Has Slumdog done the same for us? Has it made us more sensitive to the filth around us? What we know is at least two books will sell. A million bucks may be made. Slumdog is a strange case of a movie inspired from a book, which will go on to produce books on its own accord. Enter the Slumdog machine?