Tabish Khair on why he doesn’t write for critics, his dislike of the term ‘postcolonial’, and how journalism helped him overcome his dread of deadlines 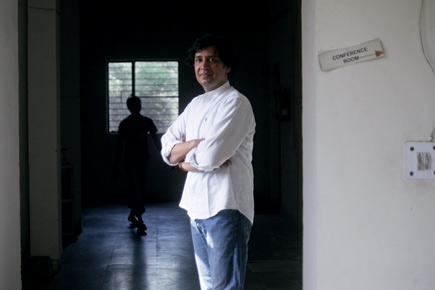 Tabish Khair on why he doesn’t write for critics, his dislike of the term ‘postcolonial’, and how journalism helped him overcome his dread of deadlines


Tabish Khair’s last book, The Thing About Thugs, received uniformly excellent reviews and was shortlisted for three literary prizes. Another novel, Filming: A Love Story, published in 2007, was rated by Khushwant Singh as one of the top 20 novels in English by Indians or writers of Indian origin. His next is a rather intriguingly named work.

Q I can understand that you wouldn’t like to give out much about the book at this point. But still, I cannot but ask this—what is the book about?

A It is called How to Fight Islamist Terror from the Missionary Position; I think you can imagine how it is going to relate to Islamist terror and the war against terror. The blurb by my publisher, HarperCollins, describes it in these words, and I would like to let the reader discover more: ‘Funny and sad, satirical and humane, Tabish Khair’s How to Fight Islamist Terror from the Missionary Position tells the interlinked stories of three unforgettable men—the flamboyant Ravi, the fundamentalist Karim and the unnamed and pragmatic Pakistani narrator—whose trajectories cross in Aarhus, and are complicated by the Danish controversy around the Prophet Mohammad cartoons. As the unnamed narrator copes with his divorce and Ravi, despite his exterior of sceptical flamboyance, falls deeply in love with a beautiful woman who is incapable of responding in kind, Karim—their landlord—goes on with his job as a cab driver and his regular Friday Quran discussion sessions. But is he going on with something else? Who is Karim? Why does he disappear suddenly at times or receive mysterious phone calls? Even as Ravi’s great love wilts in the half-light of the autumn sun in Denmark, a conspiracy appears to have been hatched in front of his secular eyes: a fundamentalist attacks one of the cartoonists who had drawn the controversial caricatures of the Prophet of Islam. Very soon, all three men are embroiled in doubt, suspicion and, perhaps, danger.’

Q In one of our meetings, you told me that this is a lighter read than your earlier works of fiction. It’s comic, it’s a satire. Why this shift to an easier read?

A It wasn’t conscious; I do not set out to write easy or difficult books. I just write each novel the way I think it should be written. In this case, I do believe that one ought to be able to laugh at such overly serious things as fundamentalism, terror and the West’s too solemn and somewhat smug ‘war’ against these. I felt that these over-determined concepts allow a lot of space for laughter that cuts all ways.

Q So, among other things, the book is about Islamism. You have talked in many places about the experience of being from a minority—in India as a Muslim and in Denmark additionally as an Indian. So does this minority experience, religious in particular, appear in the book? Or in any other works you are planning?

A It is not about Islamism in the sense of a study. It is about some distinctive individuals living today, in a particular town of a world that is impacted upon by Islamism and the war against terror. Personally, die-hard extremists of any kind do not interest me; I find them too simple and boring. This stands for religious as well as secular ‘extremists’ of any persuasion. I am talking of the 5 per cent at this end, and the 5 per cent at the other end of any binarism: each convinced of its own absolute rightness. What I am interested in is the 90 per cent that is situated, at different lengths of course, between the two ends of any kind of extremism. How to Fight Islamist Terror from the Missionary Position contains characters who can be called ‘fundamentalist’ and characters who can be called ‘libertine’, in the old sense of the word, and many other shades of characters. It is basically interested in what Islamist terror and the war against terror do to these people and their relationships.

A I wanted a deadpan, prescriptive title, for ironic reasons; and this novel is not just about terror, it is also about cultural and personal prejudices, and, above all, about love, sex and life today.

Q You once told me you do not repeat themes. Why? Will they never need revisiting?

A They might, but in that case I will need to feel that I have enough to say—again. To keep on doing what you have done before, either because you can do it well or because it has been ‘successful’ is the shortest route to intellectual and creative death.

Q You were with The Times of India in Delhi for a little less than five years. How has your life as a journalist shaped your writing?

A You lose your fear of deadlines, and learn to keep them. You realise that the world is far wider and weirder than you had imagined. And you discover that you are necessary but not indispensable.

Q You were a student of literature and have been a prolific critic. Many students or teachers of literature complain that being too preoccupied with literary criticism, they suddenly discover that they no longer feel ‘careless enough’ to write what they feel. What’s your take?

A I bluffed a bit as a journalist, and I continue to bluff a bit as an academic and critic! Jokes apart, I do think I am basically a writer in disguise. For me, journalism, criticism and even academic writing are just different kinds of writing, very different but not totally removed from the writing I do as a novelist or poet. One never writes what one feels in any case; one uses what one feels in order to write. These are two different things. It is not as if you need to be ‘careless’ to write, despite the popular ‘romanticist’ tradition; writing is always a very careful enterprise. But it is true that you need to carry the burden of your own ‘cares’, not assume someone else’s. If literary criticism makes you want to write like someone else, it is dangerous. If literary criticism enables you to understand how to overcome your own weaknesses and cultivate your own strengths, and how to insert yourself into a larger tradition and use generic and other elements, well, then it cannot possibly stop you from writing creatively and well. And finally, at least for me, it is important to write for a ‘reader’, not a ‘critic’.

Q As a child, I was introduced to your work  as a poet. You shifted your attention to prose. With which are you more comfortable and contented? And do tell me, where’s the ‘wordless cook’ who finished Kabir’s couplets so casually?

A That wordless cook existed, as a person, and to some extent exists in all of us: there are so many lines and stories we know because we have (over)heard them: stories from the Ramayana, Mahabharata, Panchatantra, Hadiths, Bible, legends, songs from Hindi films, ghazals, shers (poems), dohas (couplets). That might explain why so many of us, as was the case with me, start off as poets. But I do not have any generic preference: I write in the genre that I feel impelled to take up for that particular book. I feel each book—the stories, ideas and themes driving it, the effect it has to create, et cetera—determines the genre employed.

Q You teach postcolonialism at Jawaharlal Nehru University as a guest professor. How postcolonial are your works?

A I used to dislike that term and have critiqued it in the past. I have never felt ‘postcolonial’, and I still do not. In any case, if I am ‘postcolonial’, so are Martin Amis and JK Rowling. Why is it that only the ex-colonised get stuck in the bog of postcolonialism for eternity? These days, though, I also defend the ‘field’ at times in certain (mostly Western) contexts. For instance, ten years ago when the term was popular in the West, it allowed us to teach some excellent non-Western writers.

Now, I find that space is shrinking again. The West, when it replaces ‘postcolonial’ with terms like ‘transcultural’ or ‘world literature’, basically shrinks into its own cultural spaces. If you look at programmes being offered in Western universities now, you would find an increasing predominance of writers who have grown up and been educated in the West, although some of them might have non-Western names.