The majority of this year’s list of bests comprises quieter books, those which arrived with less fanfare and left a lasting impression 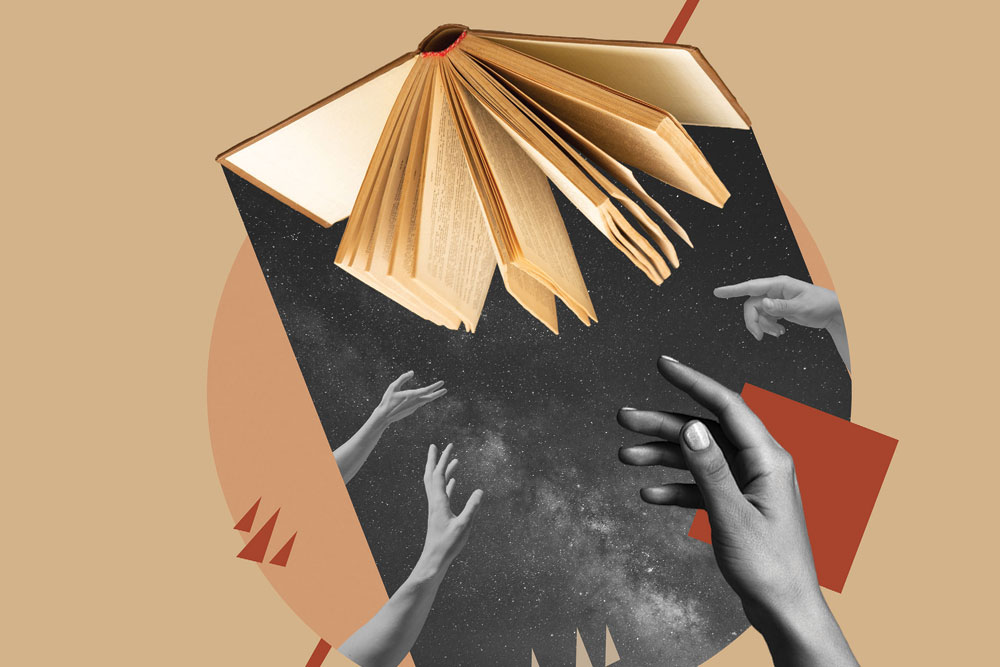 
Twelve months ago, while curating a list of the literary highlights of 2021, it was clear that the coming year boded well for fiction. Many beloved authors had books releasing; Jhumpa Lahiri, Sally Rooney, Kazuo Ishiguro, Haruki Murakami — to name just a handful. A year later, it is worth noting that few of the ‘big’ names in fiction have made it to our Best of the Year list. It is a handy reminder of the gap between upcoming promise and eventual merit. The majority of this year’s list of bests comprises quieter books, those which arrived with less fanfare and left a lasting impression.

Perusing Open ’s Best Books of 2021, provided by our 20-odd contributors, it soon becomes apparent that patterns are hard to decipher, especially in fiction. Perhaps that is because of the nature of fiction itself, which relies so heavily on personal pro­clivities. In non-fiction, and memoirs, the rare book does appear in more than a single contributor’s list; for example, A Farewell to Gabo and Mercedes: A Son’s Memoir of Gabriel García Márquez and Mercedes Barcha by Rodrigo García; Akash Kapur’s Better to Have Gone: Love, Death and the Quest for Utopia in Auroville, and former Indian Foreign Service officers’ Nirupama Rao’s The Fractured Himalaya: India Tibet China 1949-1962 and Shivshankar Menon’s India and Asian Geopolitics: The Past, Present.

This year, the books that brought me joy weren’t the books that I had anticipated the most. George Saunders is one of the most innovative authors today, but I found his recent book A Swim in a Pond in the Rain: In Which Four Russians Give a Master Class on Writing, Reading, and Life akin to a slog, and not a swim. Amitav Ghosh’s The Nutmeg’s Curse: Parables for a Planet in Crisis had flashes of revelations, but not the brawn of his The Great Derangement: Climate Change and the Unthinkable. Sally Rooney’s Beautiful World, Where Are You, which struts in bookshop windows across the world, had little of the vigour of her bestselling Normal People.

The two novels that especially stood out for me were Anuk Arudpragasam’s A Passage North and Jhumpa Lahiri’s Whereabouts (both Hamish Hamilton). Though Arudpragasam’s A Passage North lost out on the Booker Prize, I hope it is read deeply and widely. It is a quiet novel and a significant accomplishment. Like Lahiri’s Whereabouts, it is character and not plot driven. I enjoyed these books for their lack of clutter and their lucid prose. These aren’t big books with sweeping themes, instead they are pearl-like, perfectly formed and luminous.

While Colm Tóibín’s The Magician released this year, I was immersed in his older books, especially his debut novel The South (Picador), which released in 1990. Today, Tóibín is one of the most celebrated Irish writers, but returning to his early works reminds us of his gifts. In the Afterword (to a 2015 edition), he writes how the manuscript of The South was turned down by every London publisher. One publisher presumed the author was a woman and replied, “If she writes anything else, do let us know.” In The South which tells of Katherine Proctor, who leaves her family in Ireland to pursue a life as an artist in Spain, we see how immaculately Tóibín infiltrates the psyche of a woman, and an artist. He does this in The South, Nora Webster and Mothers and Sons. He is a writer who gets both his sentences, and the emotions of his characters pitch perfect.

In non-fiction, I found two books especially noteworthy. Amia Srinivasan’s The Right to Sex (Bloomsbury) is one of the most important contemporary feminist books. Today, so much of opinion writing lays claim to certitudes. Srinivasan’s book instead (as she writes in the preface) dwells in “discomfort and ambivalence”. Her essays “do not offer a home”, but they do something far more important, they “offer a place of recognition”. While reading it, I wished it could have dealt more with gender issues in India, as it is largely confined to the US and UK. Despite this, it is a book where I have highlighted numerous passages. She complicates issues, from consent to pornography to activism to desire. Srinivasan’s intellectual acuity is evident throughout this book. She says of the pitfalls of the MeToo movement, “A feminist politics which sees the punishment of bad men as its pri­mary purpose will never be a feminism that liberates all women, for it obscures what makes most women unfree.”

Akash Kapur’s Better to Have Gone (Simon & Schuster) is an unusually well-crafted non-fiction work. Kapur chronicles the history of Auroville while investigating the death of his wife’s parents who were pioneering members of the community. The standout feature of the book is how it is both thrilling and philo­sophical, with Kapur playing both investigator and seer. He asks fundamental questions: Can utopias exist, what is it to die for one’s beliefs, what is the meaning of ‘yoga’, what are the limits of spiritualism? Given its pace and tone, it is just a matter of time before Better to Have Gone is adapted for the screen.

Book lists do help us create our own libraries. In the follow­ing pages, we hope that you recognise a few of your favourites and bookmark those you wish to read in the future. After all, it is in books that we see ourselves, and bits of the world.