An Indian novel wins the International Booker Prize for the first time. The act of translation must now be sustained and strengthened 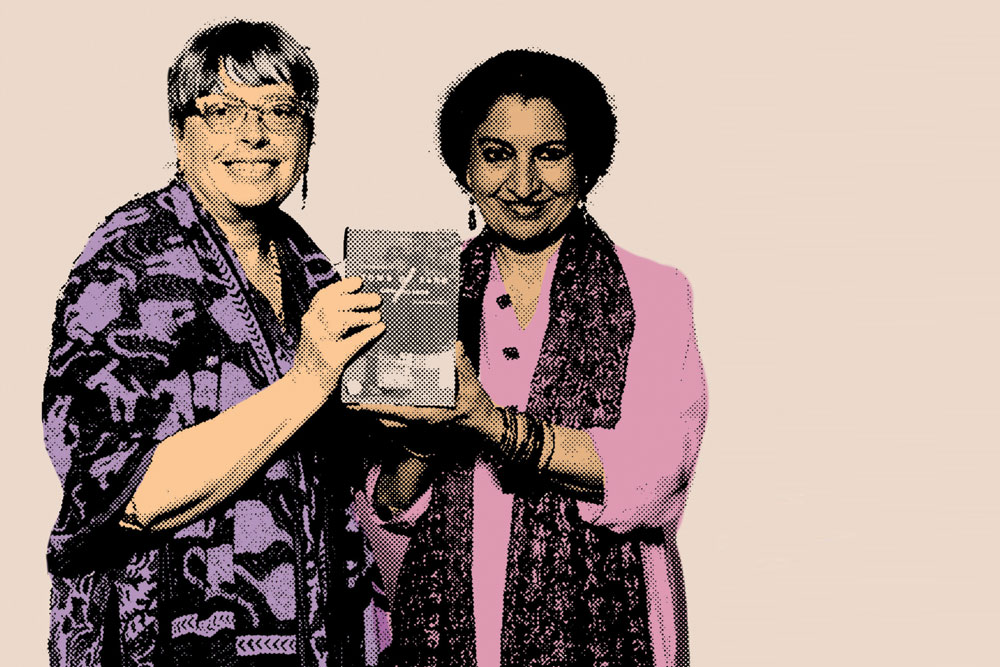 
ONE OF THE HAPPIEST developments on the Indian literary scene, during the last decade, has been the emergence of the translator from the shadowlands of scribal production. Translation is a largely thankless and unacknowledged activity. It is greeted more often with critique than with appreciation. It has to operate, quite literally, under the burden of original sin—being regarded as an impossibility or a folly (usually by those who have never translated anything in their lives), a doomed attempt to carry an edifice built firmly and gloriously in its language of origin into the makeshift construction site and surveyor’s approximations of a language of relocation.

For many decades—and this, despite the saliency of such major scholar-translators as AK Ramanujan, Barbara Stoler Miller, David Shulman, Velche­ru Narayana Rao, Shamsur Rahman Faruqi, and Frances Pritchett—translators who have brought South Asian languages across into English have been consigned to inside pages and afterthoughts. And while South Asia’s classical and mediaeval literatures have been relayed continuously into European languages since the 18th century—as part of a larger project of knowledge, power, curiosity and the seek­ing of affinities—translations of modern and contemporary literature in the South Asian languages have yet to find such a larger global paradigm, within which to take their place as testimony to specific forms of social experience and imaginative articulation.

All this may well change with the honour that has been ac­corded to the acclaimed Hindi novelist Geetanjali Shree’s Ret Samadhi, translated by the superbly gifted Daisy Rockwell as Tomb of Sand, which has won this year’s International Booker Prize. This event offers us many reasons for celebration. It is the first time that a work of fiction originally written in Hindi has been recognised at this global level. Both the novelist and the translator are women. Theirs is a transcontinental collabo­ration, a bridge across locations, historical contexts, and liter­ary landscapes. The relationship between the representative of the ‘source language’ and the representative of the ‘target language’ is not static—for here, both Shree and Rockwell are eminently bilingual, working across Hindi and English in their lives and in their collaboration. Shree experiments play­fully with Hindi; Rockwell responds with her own ingenious solutions. This is not a simple act of transferring a text from Language A to Language B. It is a jugalbandi, a samvaad, the cre­ation of a third and unpredictable text that cannot be reduced to the linguistic assumptions either of Hindi or of English.


The honour, which has been accorded to the acclaimed Hindi novelist Geetanjali Shree’s Ret Samadhi, translated by the superbly gifted Daisy Rockwell as Tomb of Sand, which has won this year’s International Booker Prize, offers us many reasons for celebration

NOW, AS WE settle down and the excitement abates, we might consider some of the questions that this award has thrown into relief. While we must certainly celebrate Shree and Rockwell’s triumph, we must note the practical fact that, to be in contention for the International Booker Prize, a book has to have been published in the UK or Ireland in the year previous to the year of the award. So, despite the inter­national range of the prize, it can be given only to works that have appeared in the UK and Ireland. Works in translation published elsewhere—including the India edition of Tomb of Sand—do not qualify. This is not curmudgeonly hair-splitting. It simply means that, while the translation of South Asian languages is going through a renaissance, its outcomes can qualify for a prize of Booker-like distinction only if they are published in the old imperial centre. I cannot say that I am profoundly troubled by this, as I might have been in my post­colonial youth; I merely put it out there to show why transla­tions published in India might confront ‘barriers to entry’, in that fine old phrase beloved of economists, when it comes to recognition on this exalted plane.

Meanwhile, closer home, the efforts of translators whose work is published in India have indeed been recognised through such initiatives, in recent years, as the DSC Prize for South Asian Literature and the JCB Prize for Literature. Working quietly and with dedication through all ambient turbulence, the Sahitya Akademi, India’s National Academy of Letters, has continued to confer its annual Translation Awards across a spectrum of South Asian languages, each one carefully considered and reflected upon by a jury of practitioners and specialists.

To celebrate the translator is to acknowledge the extraor­dinary role played by translation in expanding the conscious­ness of readers beyond their comfort zones—by refining their sensibilities, inviting them to engage with spaces of encoun­ter with milieux and idioms of linguistic inventiveness that are unfamiliar to them. As I write this, I remain painfully aware of how much remains to be done, in terms of support­ing, sustaining and strengthening the activity of translation in this country. I do not mean simply the monetary recognition of a translator’s labour, although this is crucial. I am thinking, here, of such enabling conditions as a participatory commu­nity of practice and a climate of generative critique—which are essential to any practice.

Ours is a historical moment that has been blessed with fine translators: to name only a few, Arshia Sattar and AND Haksar in Sanskrit; Arunava Sinha and Sampurna Chattarji in Ben­gali; Priya Sarukkai Chabria, K Srilata, and the late Lakshmi Holmström in Tamil; J Devika in Malayalam; Shanta Gokhale, Jerry Pinto and Mustansir Dalvi in Marathi; HS Shivaprakash and Srinath Perur in Kannada; Aruni Kashyap in Assamese; Sonam Kachru in Kashmiri; Robin S Ngangom in Meiteilon; Rana Safvi, Rakhshanda Jalil and the late Muhammad Umar Memon in Urdu; Daisy Rockwell and Apurva Narain in Hindi. Among these bridge-builders between literatures are indepen­dent writers, independent scholars, tenured academics, and former diplomats. Each of them has come to translation as an organic extension of their various practices, and as rasikas or amatores, individuals who commit themselves to translation because they love the art.

To celebrate the translator is to acknowledge the extraordinary role played by translation in expanding the consciousness of readers beyond their comfort zones—by refining their sensibilities, inviting them to engage with idioms of linguistic inventiveness that are unfamiliar to them

THEIR WORK HAS unfolded through the library and the archive, inside the academy but significantly beyond it—through conversations with fellow practitioners, through the lived experience of translation and its cultural contexts rather than any formal training in translation. I am convinced that such a formal training is neither possible nor desirable. Translation is a creative activity, and I believe that the best translators are systematic autodidacts, open and responsive to several fields of study and expression, beneficiaries of an interdisciplinary outlook and an ability to shuttle between the pasts and the present of the language universe to which they are devoted. That said, how might we establish the conditions that will nourish such translators in succeeding generations?

A prize marks a high point in the lifeworld of any art, a lifeworld that consists for the most part of a weave of invisible and everyday activities. For a translator, those activities would include constant reading, etymological inquiries, the consultation of contextual sources and colleagues further along on the journey, epiphanies arrived at through unexpect­ed meetings or discoveries in dictionaries. Where might such activities, shuttling as they do between solitude and collegiality, prosper best? Is the setting up of an institu­tional framework the answer? Or is the solution to be found in an informal, para-academic network of practitioners that combines elements of the adda, the critic, and the reading circle?

Finally, even as we celebrate the great rivers of the desha-bhashas as they surge into English through translation, enriching it immensely, we ought to reflect on the need for translation among what we still call our ‘regional languag­es’—from Telugu into Hindi, for instance; or from Kashmiri into Konkani, Maithili into Gujarati (meanwhile, languages such as Malayalam, Tamil, Urdu, Hindi, Gujarati, Bengali and Marathi have long been global in their reach and presence, through multiple waves of diaspora).

The importance and relevance of this domain of intra-national translations cannot be emphasised enough. By intro­ducing the lives, concerns and imaginative achievements of one language group to another, across the lines of linguistic states ill-advisedly imposed on a polyglot subcontinent, such intra-national translations could serve as a salutary antidote to the narrow and toxic forms of identity politics that are currently polarising India.