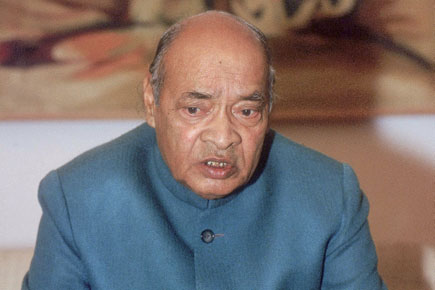 PV Narasimha Rao outlived his critics. God willing, he will outlive self-serving admirers who think it safe to rediscover his virtues now that it’s the season of the lotus. I thought of the old man chuckling at the opportunism of Indian politicians as my car bowled along the PV Narasimha Rao Expressway in Hyderabad recently. Given the fiasco of his funeral, he would have been as amused at the Andhra Pradesh government advertisement proclaiming ‘heartfelt homage’ to a ‘humanitarian beyond compare’ when he died, as by the sudden, albeit cautiously balanced, tribute of a 10 Janpath loyalist. “I am the only Congress Prime Minister not of the family to complete a full term,” he told me towards the end. “And I’ll never be forgiven for that!”

Lee Kuan Yew may have set the fashion of calling Rao ‘India’s Deng Xiaoping’, but he was as reluctant a reformer as Manmohan Singh was an accidental prime minister. When my editorship was usurped, Rao wagged a wicked finger and said with a gleam in his eye, “This couldn’t have happened in the public sector!” No wonder William H Draper, a former head of the UNDP, suspected that India’s ‘mixed economy’ was ‘nothing more than a euphemism for socialism’. Actually, Draper wrote that after hearing Singh—for whom he professed ‘great admiration’—declare in 1990 that he believed in the private sector “but only as a part of our mixed economy.” But what was true of Singh was even more so of his leader.

Rao’s ambivalence was clear from his instinctive reaction when a coup (temporarily) ousted Mikhail Gorbachev. Perhaps memory is short. Perhaps our scholars are less informed than they should be. But I was astonished when the academics at a Calcutta seminar a few years ago demonstrated they had no inkling of Rao betraying his misgivings about the reform process so early in the game. When my brief intervention from the floor mentioned the abortive coup, the director of a reputable institute of Asian studies retorted that others might have expressed doubts but Rao didn’t utter a word! Obviously, he had no idea that as soon as Rao learnt of the coup he warned a national convention of Youth Congress workers of the perils of rushing into reform. It was Rajiv Gandhi’s 48th birth anniversary, and the speech made a splash. It’s not easy 24 years later to appreciate the uncertainties and inconsistencies of that era when the beliefs of a lifetime were in the melting pot and many feared a cruel new catch-as-catch-can dispensation would emerge out of the detritus of the compassionate past. Rao was probably secretly relieved when the coup highlighted the danger of rapid liberalisation.

Similar worries may have explained why Singh sought the support of four distinguished economists who issued a statement favouring innovations. Apart from the so-called Bombay Club (whose criticism resonated even during Rao’s 1994 Singapore Lecture), Singh knew of the carping of senior colleagues whose noses his elevation had put out of joint. One let it be known that Singh’s South Commission report could be cited to rebut every argument for liberalisation he now advanced. Another leaked canard was the Planning Commission’s supposed mid-term assessment suggesting unemployment had increased since the reforms began.

I doubt if anything was said at Singh’s first formal press conference about his very first long-distance telephone conversations within moments of becoming Finance Minister three days earlier. One was with Michel Camdessus, IMF’s managing director; the other with Barber Conable, the former New York Republican senator whom Ronald Reagan appointed World Bank president. Did news of Singh’s appointment come as a surprise to these high priests of the capitalist temple? Or were they aware of Rao’s choice (his ‘masterstroke’ according to the author) before the nominee and even, perhaps, before Rao himself? Was PC Alexander merely Rao’s messenger to Singh or some higher authority’s to Rao? Whatever imaginary brink Jairam Ramesh may have returned from during his 90-day stint in the PMO, his India’s 1991 Story doesn’t even reveal any awareness of the crucial secrets that may lie at the heart of liberalisation.

Perhaps some of the people Rao liked, trusted and urged his visitors to meet would have been better informed. Ramu Damodaran, Nikhil Chakravartty, TV Rajeswar, Shyamala B Cowsik (“She’s from the South!” he announced as if it were an accolade), to name a few in no particular order, might have known who came to the rescue after fumbling Indian attempts to sell off diplomatic properties, raise foreign loans, persuade NRIs not to withdraw their funds, transfer gold to London and Tokyo, and plead with Arab potentates to park some of their wealth in India to boost the country’s flagging creditworthiness failed. Did the authors of the prescription also choose the doctor? Not having any axes to grind, Rao’s friends held their peace.

The certitude of Rao’s later comments about liberalisation being not a one-time God-given boon but the people’s consensus was far from evident in those early days. Despite the guarantee he had extracted before accepting the job, Singh was not sanguine about his chief’s lasting political commitment to reform. As even Lee Kuan Yew knew in distant Singapore, his misgivings increased when Rao announced subsidies and other concessions on Independence Day. Aware of the whispering behind his back, Singh told Rao they were accusing him of selling out to foreign interests. The Prime Minister retorted dryly, “Who would want to buy this country anyway?” In public, the two men presented a partnership of complete understanding. “When he gets into political trouble, I bail him out,” Rao told Americans, “and when I get into economic trouble, he bails me out.”

Yet, liberalisation of some kind had been in the air since January 1980 when Indira Gandhi inherited economic ruin and began courting Reagan. Rajiv Gandhi tried to follow up but Congress party diehards browbeat him into retreating. Asked about his government’s mandate for reform, Singh drew my attention to Rajiv’s 1991 election manifesto. Buried in the platitudinous prose were nuggets promising to eliminate wasteful expenditure, encourage banks to raise offshore funds, expand and strengthen the service industries, welcome foreign investment and technology, promote toll roads and bridges, and replace a ‘lethargic, inefficient and expensive’ public sector with one that was ‘leaner, more dynamic and profit-oriented’. In another smart move, Singh and Rao shared their programme with LK Advani before breaking it to an astounded world, thereby ensuring opposition support in Parliament without discussion either in the Congress party or even Cabinet. Did Advani share the secret with the Sangh Parivar? That’s another area of darkness.

All this matters because despite Singh’s theories and notwithstanding Rao’s later political rhetoric, no one suspected either man of being at heart a free marketer. My sense was that the Prime Minister was too much of an old- style political huckster to be comfortable with the glitzy new globalised world he helped to shape. He was not enamoured of FDI. It was needed to develop the infrastructure and free India’s own resources for social welfare. “There will be blood on the streets otherwise!” he warned. He seemed to be treading a ghostly minuet in which nothing was quite what it seemed. He played the piano not for the music but to exercise his arthritic fingers. His silences were also replies. He could follow the ‘Nehru line’ because “Manu the lawgiver gave the law. It was up to each Brahmin to interpret it.”

The man who could have improved on the Holy Roman Emperor Charles V’s linguistic boast of speaking Spanish to God, Italian to women, French to men, and German to his horse didn’t give up in those eight wilderness years when he rarely stepped out of the shabby emptiness of his Motilal Nehru Marg bungalow. Visitors were aware of suppressed tensions and mysterious telephone conversations. If the author of the autobiographical novel Insider was forever the Outsider, it was at least partly because of geography. But Bill Clinton’s glib attempt to play the regional card— “You are a southerner. So am I”—didn’t work. The Outsider who would be Insider was also a Southerner who believed he had mastered the North. Whether or not he inspired (some say authored) the articles that continued to appear about aspects of his tenure, his vigorous rejection of responsibility for the Babri Masjid episode showed both the fight that remained in him and how darkly he brooded over the demolition.

It’s a lasting regret I didn’t write the paper on the episode Rao wanted. “Be as critical as you like,” he said. “Tear me apart! I want to know. I am asking some others too.” I don’t know about the others, but out of sheer inertia, I put off writing from day to day until it was too late. Rao’s own posthumously published book Ayodhya: 6 December 1992 was his last word on a tragedy that connects the demolition of a building during his reconstruction regime with today’s dismantling of far more fundamental institutions.

(Sunanda K Datta-Ray is a journalist and author of several books, among them Looking East to Look West: Lee Kuan Yew’s Mission India)