The Other Montgomery Girl 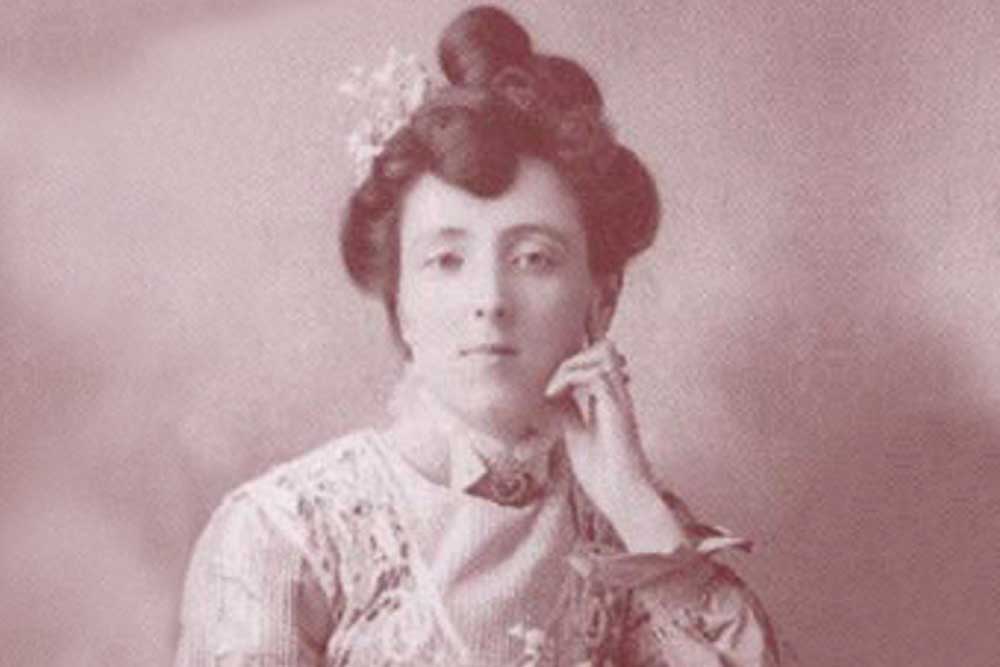 FOR A FIRST-TIME author, Lucy Maud Montgomery seemed to have a charmed career. At age 34, out of a relationship that her family disapproved of, and living with her widowed grandmother, she published a book about a little orphan girl with red hair called Anne. She had already had a few rejections for the manuscript, so she bundled it up and put it away, but upon rereading she realised she still thought the book was good, so she sent it out again, and this time it met with approval. And such approval. The book was an instant success, an instant classic. That’s how narrow an escape we had from never meeting Anne of Green Gables, her fairytale storybook world, her ‘kindred spirits’.

I am a Montgomery super fan. Unlike the cult of JK Rowling, where fans interact and get sorted into houses and endlessly debate the little clues strewn through her texts about the magical world, when you fangirl a classic YA author who died several decades ago, it’s a little quieter. The Japanese have made Anne into a cult: they had a theme park called Canadian World, complete with a Green Gables house, there’s a nursing school called The School of Green Gables, there’s an anime series (no surprises), and of course, planes full of Japanese tourists descend on Prince Edward Island every year to see the sights and pay homage to their favourite redhead.

My fandom consists mainly of a yearly reread—all of Montgomery’s books, back to back, I have read them so often that I can probably recite them from memory. Why do I keep returning to her world? It’s safe, yes, with villages you can walk through, and your family history being recited at you by even a passing acquaintance. It’s cosy in that way of writing that has now fallen out of fashion— long, slow narratives about daily minutiae. This is what they ate, and this is what they got for a birthday present, and this is what their friend said. It’s like reading your own biography; you know these people so well, their past begins to feel like your past, and if you think about it, your past does involve a lot of reading about their lives, so maybe you are linked like a Venn diagram, the bit in the middle where the circles overlap is your shared history.

My fandom is also quieter, because I turn from the red-haired orphan to the black haired one, from Anne to Emily of New Moon, who is absent from the internet, no matter how far back I go, but there are blog posts upon blog posts by writers saying that they prefer her. The clue in that sentence is writers. (A famous fan is Madeleine L’Engle.) Because Emily, unlike Anne, is a writer, it is the whole of her identity, her will to live, all tied up in her ambition.

Emily of New Moon came out in 1923, a full 15 years after Anne of Green Gables. Like Anne, Emily is an orphan, raised by a strict older woman; like Anne, she eventually marries her childhood sweetheart; like Anne, she writes stories and poetry through her childhood. And that’s where the similarity ends. Maybe because Montgomery had 15 more years of writing experience, the book reads more skilfully than the Anne ones, and also much darker. The Emily books are not afraid to go there—there’s the deep soul-crushing grief after the death of a parent, a moment when she is trapped in a locked church with a man suffering from the delusion that she is his lost wife (a scene which is truly terrifying for all that Montgomery doesn’t say. We don’t know what will happen to Emily if the man catches her, but it is so exquisitely implied), and a strange subplot that involves her being slightly psychic at times and solving a mystery that is definitely not ladylike enough for Anne’s delicate ears. Anne, who can’t even say the word ‘love’ without blushing, might have not thought Emily a very fitting playmate. Anne, whose teenage years seemed almost blessed as she blossomed overnight and yet continued to have the purity of soul associated with children, she would probably think Emily too grim, her depressions too deep. Their fortunes are inversed—Emily will never be loved again as much as she was by her father, while Anne only discovers love once she is adopted.

Emily is Anne 2.0: They both share a deep and passionate love for nature which their creator called ‘The Flash’, an almost spiritual moment where they’d feel deeply bonded with the world

I’d go so far as to argue that Emily is, in fact, Anne 2.0: they both share a deep and passionate love for nature, which their creator called ‘the flash,’ an almost spiritual moment where they’d feel deeply bonded with the world. In Anne, this is just a thrill; she loves beauty and trees and flowers, and her love for them comes out in her conversation; she almost trips over her words in order to articulate what she feels. But it is to Emily that Montgomery gave her own ‘flash,’ it hits her almost like a headache, so sharp and piercing that she couldn’t speak even if she wanted to. But Emily is not a talkative child, and even if she was, there is no one to hear her. We know that the dour old woman, Marilla Cuthbert, who takes Anne in has a heart of gold really, but Emily’s maiden aunt Elizabeth is never shown to love her at all. There’s a disconcerting sense that Emily is only cared for out of a sense of duty, which Emily herself knows. In the end, they don’t hate each other, but it’s a poor sort of love, always a little reserved on both sides.

By the time Montgomery wrote the Emily books, she was deep in her unhappy marriage. She never loved her husband—not as a lover anyway, but she wrote in her diary that she hoped they might become friends eventually. She realised marriage was necessary, no matter how much money she could make through her writing, but her choice seemed the wrong one from the very beginning. Her new husband was a minister, didn’t read, and fell prey to religious delusions (some speculate he might have been depressive). He didn’t even sympathise when her best friend died, leading Montgomery to consider divorce. As a reader, you wish she had followed through on that thought, because as the years went by, caring for her husband took a toll on her own mental health, and her granddaughter revealed in an essay for the Globe and Mail that Montgomery took her own life with a drug overdose.

Which leads me to the plot that continues to disturb me about the Emily series—her ‘romance’ with her late father’s classmate, Dean Priest. Slightly hunchbacked—his nickname is ‘Jarback,’ cynical and often cruel—Dean enters Emily’s life by literally saving it; she falls over a cliff, he helps pull her out. He tells her, mockingly, that means her life belongs to him, and he continues in this deeply creepy vein for the rest of her teen years. Emily is only 12 when she meets him, Dean is in his thirties, and he continues to put her down subtly for the rest of their acquaintance, while at the same time, creating this world where he tells her he is the only one who understands her. I hesitate to put modern-day interpretations over books that were written for their time, but this is as clear an example of gaslighting as I have ever read. Eventually, most cruel of all, she writes a book, and asks his opinion and he tells her it is merely ‘pretty cobwebs’. Emily decides to marry him because she has resolved that her life is over anyway—the boy she really loves doesn’t return her feelings and her writing is not going anywhere. It is only when they break up that he confesses that he was always jealous of her writing and ‘gives her her life back’.

Dean is not the only example of jealous love in Montgomery’s writing; there are at least two short stories about women who loved their sons too much and then they died, but in the Emily series alone there are three examples. Dean for Emily, a subplot involving her fits of second sight, and a strange, not really explained love that her sweetheart’s mother has for him, leading this woman to poison his pets and tear up his letters. Montgomery couldn’t be clearer about her position if she were to write ‘Love Is Terrible’ in all caps in the middle of the books.

Anne is great, and Anne will endure, because there is nothing not to love about her life. It is full of love and stories and laughter. But I wonder if anyone except those already deeply invested in the world of writing will feel that way about Emily. Her life is all writing—the first two books are heavily told in the form of her letters and journals. The third book is her struggle to get published and to rebel against her family, who don’t think writing fiction is something young women should do. And because Emily’s books end just before she gets married, and one presumes, has babies, there is none of that crushing sense of disappointment you get with Anne’s lack of ambition in later years, or even that other bookish girl, Jo March, who also seemed to focus on her husband and children while ‘scribbling’. They are hopeful books, ahead of their time, despite being so dark—or perhaps because they are.