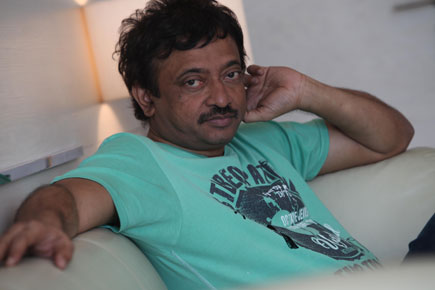 Does the public disregard Dr Manmohan Singh’s incredible contribution as Finance Minister in 1991 because he messed up in his final years as Prime Minister in 2014? Yes, it does. Because public memory is frighteningly short and shallow. History, thankfully, is kinder. Would filmgoers, in a similar vein, not credit Ram Gopal Varma for making Satya in 1998 only because of the crap he created a decade thence—Shiva, Satya 2, Phoonk 2, Rakta Charitra 2, Bhoot Returns, Contract, Darling, Department, Agyaat… ? Unlikely. Because Satya’s significance, not just as a great film but a game-changer for Bollywood, is widely acknowledged. Varma’s role in Bombay’s film history is fairly safe. But he doesn’t care. And evidently never did.

The act of living so much in the present may be a healthy habit. It could, however, turn you into a poor memoirist. In his autobiography, which has shown up with a B-grade title, Guns & Thighs: The Story of My Life, Varma appears too concerned with the idea of ‘hit’ and ‘flop’ films, almost apologising for his own bad box office run over the recent past.

The wound of his Sholay remake, Ram Gopal Varma Ki Aag, runs deep as well (as if that’s the only cinematic catastrophe he’s ever delivered). He refers to Aag throughout, even terming the US invasion of Iraq as ‘America ki Aag’. This fixation would be fine if Varma didn’t have a fine story of his own to tell. A short and delightful portion in the book is his small- town film-buff journal of a day trip to the stars—whether meeting or working with Sridevi (his wet dream), or Amitabh Bachchan, or even going back as a local hero to the theatre in Vijayawada where he spent his college years and whose manager used to sneer at him for doing nothing.

That’s when he’s not flip-flopping over what exactly makes a hit or flop, belabouring the point a few times that a hit happens by accident, and a flop, by intent. All I could sense is poor editing, something Varma may not approve of in a film. He repeatedly justifies his repetitiveness as a filmmaker—camera at loony angles, clanking background score—as his unfettered style, his art. Some people are attracted to his movies, he argues, for the same reasons that others are repulsed by it.

Perhaps. There is no question of scoffing at anything Varma says, if you’ve been a fan. I have, and since much before I became a film critic—a profession he disparages as comprising a set of jealous, wannabe filmmakers (‘without an exception’) who merely judge his works negatively because they can’t believe he gets the money to make the films he wants.

To be fair, there is one popular piece of criticism of even some of his better movies that Varma manages to reverse through his book—the second half here works much better. That’s when he writes about the making of films that matter: Rangeela, Satya, Company, Sarkar, even Naach, unlike Aag.

Also, the autobiography rarely touches upon the talents who have pushed forth an alternate yet mainstream agenda (or worldview) in Bollywood, filmmakers who Varma once came in as a fount of hope for: Anurag Kashyap, Vishal Bhardwaj, Shimit Amin, Sriram Raghavan, Jaideep Sahni, Manoj Bajpayee…

Instead of a regular autobiography or memoir, Guns & Thighs is written as a book of interviews, where the interviewee is the author himself. The monologue, mostly frivolous, lacks focus—which is the sad part. The good part is that the voice is wholly Varma’s.

Looking beyond films, Varma is indisputably the most entertaining person I’ve met in over a decade-and-a-half in Bombay journalism. The man is completely original. I still speak of time spent with him or cite his opinions—on children, family, relationships, sex, love, death, money or religion—that usually range from only the slightly maverick to the fully macabre. You get more than a glimpse of that in his book. As you would, if you merely followed his Twitter account.

The gem that ought to go viral on the internet is how he finds ‘it highly objectionable to use beautiful women like Katrina Kaif, Aishwarya Rai Bachchan and Deepika Padukone to draw attention to ugly diseases like AIDS and cancer… It’s our duty towards nature and God to strive to keep a woman’s beauty away from ugliness so that it can be framed, protected and worshipped.’ Well.