The Making of an Indophile

Wendy Doniger’s early impressions of the country, written in her 20s 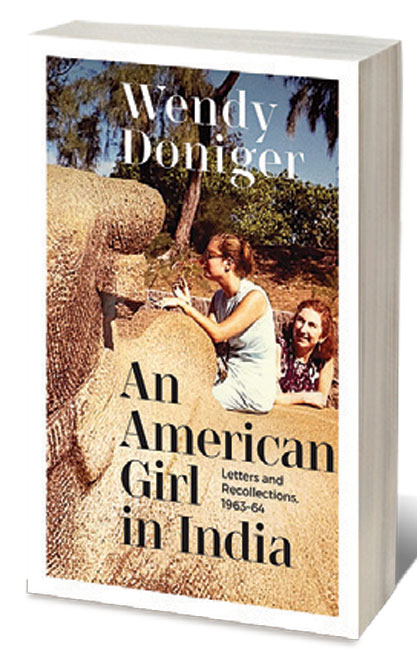 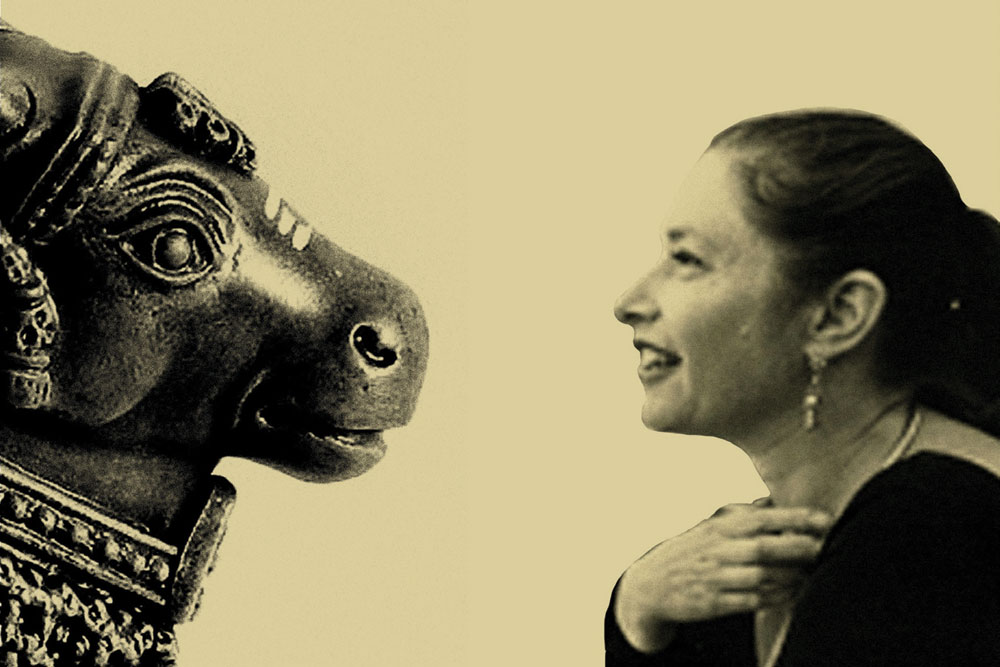 
THE COVER PHOTO of Wendy Doniger’s An American Girl in India shows her, then around 23, sitting on a giant Nandi statue at Mahabalipuram. Behind Doniger is her mother, Rita. Rita Doniger is smiling as she looks at her daughter; Wendy looks away, perhaps at the Nandi’s head, perhaps at something beyond the frame.
On its own, this is a standard photograph: a parent and offspring, a moment of happiness during travels. But in the context of this book, it’s a revealing moment. The Nandi, and the fact that they’re in Mahabalipuram, is indicative of Doniger’s interest in Hinduism and its mythology. The presence of mother and daughter, in a playful frame, offers a glimpse of the bond between them. And, perhaps, the fact that Wendy is looking away, possibly absorbed in her own thoughts, is an indication of a mind at work—busy fitting things together, discerning the layers in what she sees around her.

In 1963, 22-year-old Wendy Doniger, having studied Sanskrit at Harvard University, got a scholarship to study at Santiniketan. Starting August 1963, she spent a year in India, mostly at Santiniketan, but also in Kolkata, and with brief visits to other places, such as Konark, Mahabalipuram and Khajuraho. In the course of that year, she wrote letters to her parents in the US, letters which she discovered, more than 50 years later, in her mother’s belongings. These letters form An American Girl in India.

This was Doniger’s first trip to India, and the culture shock—even though she was somewhat prepared for it, given her grounding in Sanskrit—comes through vividly. Perhaps because Doniger’s connection to India was through an ancient language, she seems to search everywhere for the old, the “traditional”, while bemoaning the Indian fascination for “new” and “modern”. Her letters are filled with observations, thoughts, ideas: she describes her days at Santiniketan, the people, the animals, the countryside. She interprets her experiences, she occasionally tries to match what she learns with a similarity to her own heritage. She is witty, insightful—and yet sometimes naive, as in her belief that the anti-Nehru, anti-Gandhi sentiments expressed by some of her Punjabi and Bengali friends are representative of most Indians.

But this, in its own way, shows the reader something about Doniger herself: the older woman, compiling and editing these letters several decades later, is brave enough to put them out, warts and all. As she explains in the preface to the book, she corrected the typos, but left the “thinkos”, the errors in thinking, the misconceptions. They may show the younger Doniger in an unflattering light, but they also show how unflinchingly brave and honest Doniger is. It takes a lot of spine (and maturity) to admit to one’s shortcomings.

However, while the long-ago writer of these letters may occasionally come across as gullible and ignorant, at times, too, there is a wisdom beyond her years, a depth of knowledge that not many possess at so early an age. There is also, all said and done, a curiosity, a broad-mindedness, and an ability to accept (and embrace) differences that is laudable.

An American Girl in India is a wonderfully written look at India in the early ’60s. Doniger’s writing is almost lyrical in some of her descriptions (one, of a group of boys walking through the fields in Bengal, and another, of a temple priest in Mt Abu, are especially striking), and the wittiness makes it immensely readable. Plus, the book offers an insight of a different kind: into the shaping of Wendy Doniger’s status as a scholar, an expert in her field. Doniger’s letters to her parents also included field notes, and though most of these have been left out here, what remains is enough to at least hint at the genesis of several books Doniger would go on to write.

To understand the woman behind the books, this is a good place to start.