A novel on the homecoming migrant 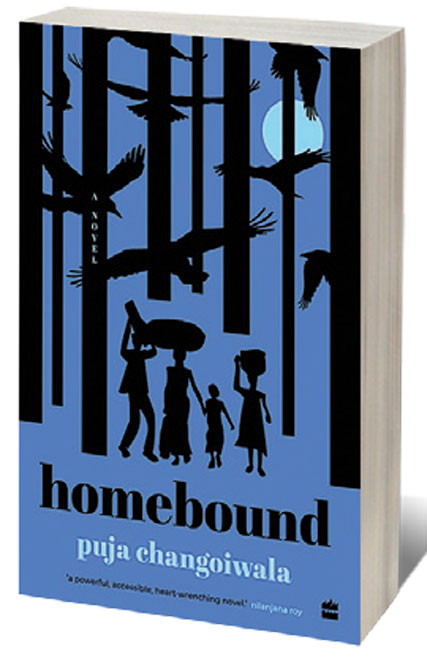 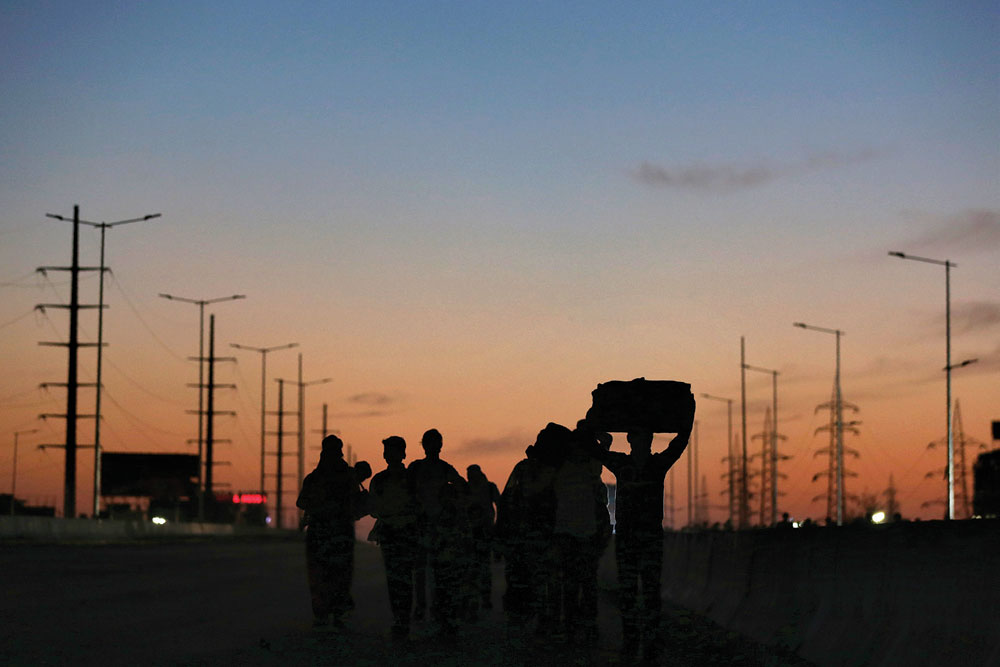 
MILLIONS OF DAILY wagers, migrant workers—engaged as guards, cooks, waiters, masons, carpenters, drivers, domestic helps, gardeners, labourers—began their long walk back home after the pandemic lockdown left them fending for themselves. Denied salaries and driven out of their temporary houses, they were left with no other option but to return to their villages across the country.

The virus spared none but the blame of its spread, as usual, fell on the already burdened and forever exploited shoulders of the poor. Otherwise invisible in their existence, they were “lent… a sudden visibility in the national discourse, their obscurity was dissolved” by the exodus, writes Puja Changoiwala, an investigative journalist and author of the true crime book Gangster on the Run: The True Story of a Reformed Criminal (2020) and The Front Page Murders (2016). The mass departure then triggered passionate social media reactions from those sheltering in their apartments, ranging from sympathy to anger. Homebound is a truth, inspired from the lives of real people in the garb of fiction. As Changoiwala writes, “No imagined atrocities, no made-up brutalities, no fictional victories, just what really happened.”

Told in the form of letters by15-year-old Meher, the book is a story of a true journey and the unimaginable difficulties that the migrant workers endured during their panic-induced mass movement. Meher writes, “Today, we’re walking back to Rajasthan, looking for the home we once fled, feeding the behemoth of full circles.” Meher, a teenager with dreams of becoming a journalist some day and the voice of the book, introduces the reader to her adopted home in Dharavi. She takes you into the bylanes of the largest slum through hopes and aspirations, poverty and despair, honesty and imagination. Meher writes the tale of escaping from the slums, finding a way through rivers and forests and stinking sewage trenches, avoiding the police checkposts to sneak away at nights. She tells of hiding in milk containers, of bribing human smugglers to cross interstate borders, of surviving tear gas and batons of policemen, of being treated like mites and pests and doused by sanitising sprays, of hunger, fear, blood, fever and death. She writes of the cramped labour camps and trucks packed with migrants where social distancing was never a choice. She describes a journey where dreams die, where fear turns men into murderers and rioters, and where the poor realise that the city, which they longed to be in, a city that they built and helped run was never theirs to begin with. The city and its people used and discarded them when the time came to safeguard them.

Changoiwala writes, “I wanted to seal these cold realities in ink, ensure that we never drown them in oblivion again.” She searched for men who would speak to her of their trials and travails. She met old determined women walking miles, unperturbed by their age and the distance to be covered, guided only by a conviction of making it to their homes. Her visits to villages of migrants were a grim reality as villagers shunned the returnees and quarantined them in public toilets, considering them a threat.

The book is homage to the resilience of migrant workers who braved natural and manmade hurdles to cover hundreds of kilometres, mostly on foot. This workforce is the backbone of the nation and yet the migrants were often treated in an inhumane way as they were denied dignity. This is the story of people failed by the social, political and economic system of the country.

The story seeks our empathy. It challenges us to sympathise with the tribulations of the economically impoverished migrants, whose travails the city bred with white-collar jobs can seldom imagine. Puja Changoiwala’s Homebound shines the spotlight on our privilege and on the hardships of those like young Meher who set off from Mumbai for their villages in Rajasthan on foot, 881 km away.