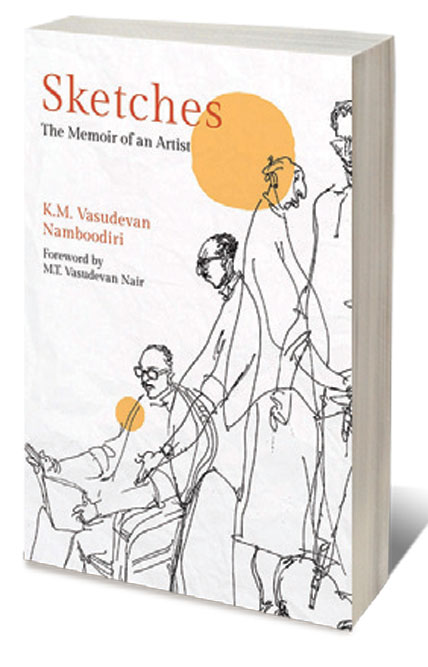 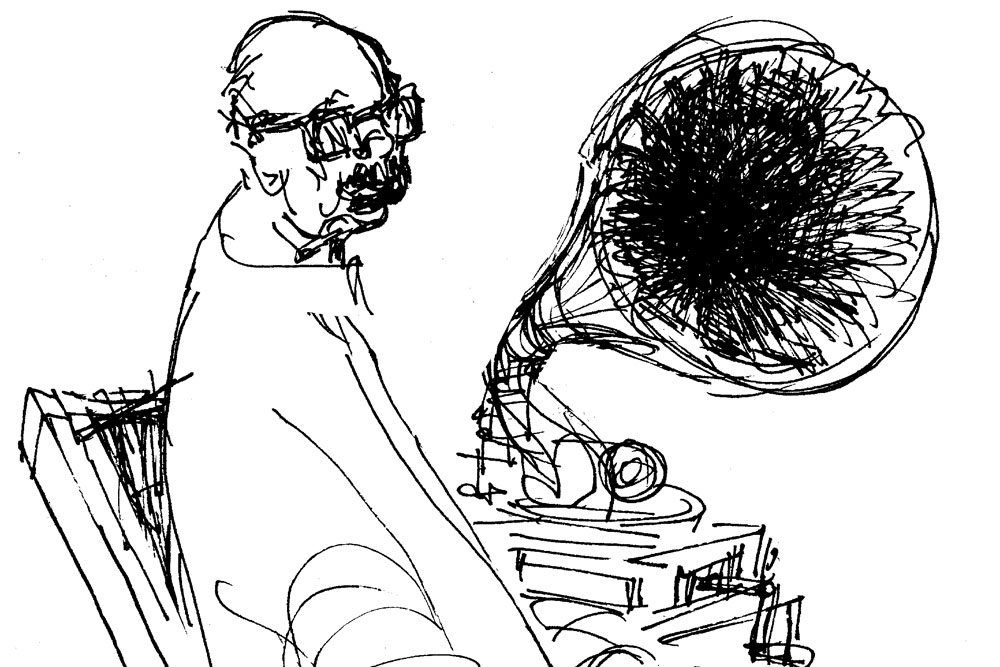 A portrait of Vaikom Muhammad Basheer by Namboodiri


IT’S RARE FOR visual artists in India to tell their life stories in print. The ever garrulous MF Husain was an exception. More modest, but charming, works have come from unexpected quarters. Green Well Years (1997) by the late Manohar Devadoss was a memoir disguised as a coming-of-age novel. It featured stunning black-and-white drawings of the art and architecture in the artist’s hometown, the temple city of Madurai. KM Vasudevan Namboodiri’s Sketches, a recent addition to the genre, has a wider span: it covers the first 60 years of the author’s life, if in a somewhat whimsical manner.

Now 94, Namboodiri, a celebrated artist from Kerala, has designed his memoir as a unique composition of 22 ‘sketches’, each having to do with a place, event, phase or personality that has touched his heart. Born into an orthodox Brahmin family in Ponnani town of Malappuram district of northern Kerala, Namboodiri grew up in a social milieu that valued knowledge, service and art above all else. Discovered as a talent by Kavu Namboodiri, a famous local artist, Namboodiri attends the Government College of Fine Arts in Chennai and lives for a time in Cholamandal Artists’ Village on the city’s outskirts. Moving back to Kerala and joining Mathrubhumi, a literary magazine, the artist embarks on a career that would make him ‘the most prolific literary illustrator in the world’ and earn him the friendship of a galaxy of leading Malayalam writers, several of whom are featured in this book. A sculptor in his art practice and an illustrator by profession, Namboodiri also engages with cinema, collaborating with avant-garde director G Aravindan’s celebrated early efforts, Uttarayanam and Kanchana Sita.

As fascinating as the artist’s journey will strike the reader, what’s even more rewarding is Namboodiri’s ‘way of seeing’ and the rich, poignant, moving portraits of people and places that his ‘vision’ brings to us. Whether he is describing a temple festival, such as the Pooram in Thrissur, a busy waterway like the Canoli canal, or a sprawling mansion like the Varikkassery illam, Namboodiri puts together just the right elements to make each pen portrait evocative. With personalities, he starts with their appearance, manner, talents, idiosyncrasies and their behaviour in key moments or situations. What emerges is a layered ‘sketch’ of a person and his universe, as it were, marked by a breathtaking economy of words. Each portrait is supplemented by four or five line drawings that bring the place or person vividly alive before our eyes.

The first half of Sketches is about where the author ‘comes from’: the town of Ponnani, the milieus he traverses and the people who influenced his approach to life and art. We learn about the way of life of diverse communities in the region, the web of social relations among them, marked by generosity of spirit and interdependence, a shared passion for art, and old-fashioned initiative, not only for crossing new frontiers but also for serving the community.

Among Namboodiri’s fellow artists was G Aravindan, who went on to earn nationwide fame and recognition as an outstanding director of art cinema. Three ‘sketches’ in the book are devoted to the author’s collaboration with the filmmaker along with the various exploits it entailed. The final sketch is of working with the great Malayalam writer, Vaikom Muhammad Basheer, of whom Namboodiri writes with an endearing mix of awe and affection.

In his foreword, MT Vasudevan Nair writes about the author’s power ‘to transform words that have the originality of common usage—devoid of pomp and adornment—into beautiful writing.’ It is a measure of the venerable Gita Krishnankutty’s gifts as a translator that this beauty reaches us with equal radiance in this English translation as well. Sketches is an enriching journey in the company of a gifted artist through the wonderland of a regional culture, a feast for the eyes and mind.