The ‘If Only’ History of India

Jaswant Singh cites Gokhale to sell Jinnah as ‘an ambassador of Hindu-Muslim unity’. So, Hitler was a painter, right? 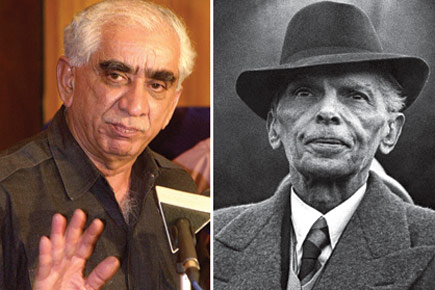 Jaswant Singh cites Gokhale to sell Jinnah as ‘an ambassador of Hindu-Muslim unity’. So, Hitler was a painter, right?


Never in Indian politics has so much controversy centred around one book. Certainly, in India, not even the banning of The Satanic Verses had repercussions on this scale. While this is not the first time that Muhammad Ali Jinnah or the Partition have been written about, this is the first time that a senior politician has examined Jinnah purely in terms of practical politics. Given this background, and several favourable comments from academics such as Pratap Bhanu Mehta, I had actually looked forward to reading the 525 pages of text.

Perhaps I ended up reading the wrong book. I am left wondering why I bothered. Part of my reaction stems from my constant struggle to figure out what the author is trying to say, and certainly, the publisher must share the blame. A few instances from the introduction itself should suffice:

‘…Islam itself got transformed by India, intermeshing with it and ultimately being absorbed by it as an integer.’

‘How did Islam with ease first become Indian, then struggled to become a geographical supernumerary to it, to this great spread of what was their own ‘home’.’

‘The league had claimed it was the true upholder of Islam’s ideological authenticity; also of representing a substantive Muslim consensus, therefore, it demanded, rather presupposed, just a single Muslim medium— and asserting its identity as a different conceptual ‘nation’, claimed a separate land for itself which is why this agonising question continues to grate against our sensibilities’: ‘Separate’ from what?’

Things improve further along the book, but a close reading is a traumatic experience for anyone concerned with issues of grammar and style. And if you believe, as I do, that a lack of clarity in language is a reflection of a lack of clarity in thought, then the above instances go some way towards explaining why the book is such a frustrating read.

What, though, is evident even through this frustration is that the BJP leadership must be illiterate. As Arun Shourie has noted, there is nothing here about Vallabhbhai Patel or, for that matter, Jawaharlal Nehru that has not been said before.

If anything, the problem can only lie with the evident sympathy with which Jaswant Singh has approached Jinnah. This sympathy is not for the man. The book has little or no personal detail, no examination of what may have motivated Jinnah in terms of ambition, ego or belief. Rather, it is an examination of the events that saw Jinnah move from championing Hindu-Muslim unity to advocating Partition. The sympathy is for a worldview that I think Jaswant shares with Jinnah, a belief that Hindus and Muslims in India are two people sharing a geography. This is what I assume he means by saying that Islam was absorbed by India as ‘an integer’, which perhaps should read ‘a whole’. It then follows that the Congress should have been content to speak for Hindus in arriving at some sort of overarching federal agreement.

As Jaswant examines the events leading up to Partition, he continually points to what the Congress could and should have done to accommodate Jinnah’s ambitions. He repeats Ayesha Jalal’s arguments that Jinnah, till the very end, did not envisage a physical partition of territory. But it is all very well to say this is what Jinnah did not want. Jaswant, like everyone else who has written about Jinnah, cannot clearly spell out what the man did want.

A federal agreement as Jinnah desired, where the Congress and the Muslim League had equal representation at the Centre, would have been a disaster. If the Congress and Jinnah could not agree on how they would come together to form a government, how could they have ever agreed on running a government? Or should the Congress have continually given way to Jinnah whenever a deadlock occurred? Jaswant seems to take it for granted that Partition should have been avoided at any cost. But what of the real possibility that this could have been even more damaging than Partition itself?

Like so many other accounts of Jinnah, Jaswant’s is more or less content to treat the violence that followed the call for direct action in 1946 as one of those tactical moves that improved Jinnah’s ability to bargain with the Congress and the British. In this, he is following the historian’s tendency of avoiding contemporary judgments on events of the past. But that is shirking from a clear responsibility. Given what we know of Jinnah’s role in that one year, there is no sense in taking recourse to Gokhale’s testimonial that ‘Jinnah is an ambassador of Hindu-Muslim unity’. From a contemporary perspective, that is akin to being satisfied with a description of Hitler as a painter.