The Gateway Litfest: ﻿﻿We Too

When women hold forth at a Litfest with a difference 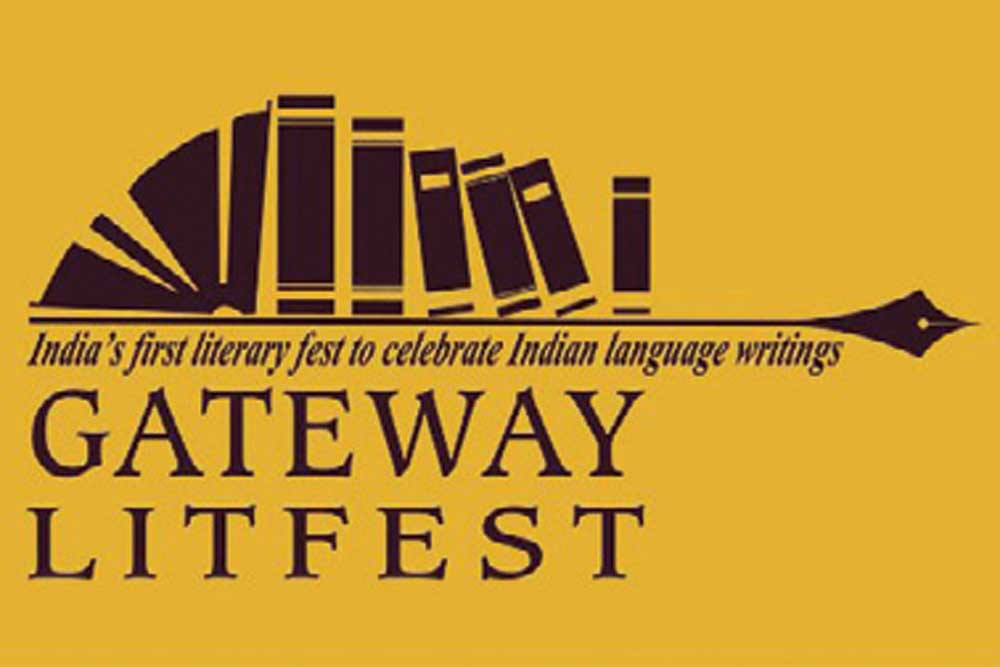 BEING THE SORT of writer that I am—concerned with the inner thoughts of women, often urban ones, except for recently, intensely interested in picking apart relationships and how people connect with each other, building up my characters slowly, so the reader knows them as intimately as I do—I’ve been shunted into the ‘chick lit’ ‘women writer’ ‘Writing That Doesn’t Concern The Rest Of Us’ space more often than I can count, especially at literature festivals. I’m on the token woman panel, or sometimes I am placed with two men who are only interested in talking to each other, turning to me with condescending smiles when I try to argue. “Let her speak,” one of them will say, indulgently, and I try to contain my rage as I talk, because I spy that one woman in the audience looking at me hopefully. I speak to her.

The fourth edition of The Gateway Litfest in Mumbai ended that problem by declaring the theme ‘Women Power in Indian Literature’. And while, yes, some of the participants objected, saying a celebratory distinction was also a distinction, and that old carrot of ‘why can’t we just be writers and not classified by our genders’, the problem is as long as there are literature festivals, male writers will be the most visible just because of the audience. I saw an audience that was mostly women. There were a few men, you can’t escape them, and they asked the most questions at my session, but otherwise, I didn’t have to look out for that one woman because they were all there.

It is impossible to describe that sense of a safe space—not being squeezed into a box, not having to say ‘as a woman’. I was thinking of how free I felt during a session on the English language (‘liberation or limitation’ was part of the session title) and why we, the writers on the panel, chose to write in it. It was liberating to just talk about technique and skill and the voices we think in and dream in. I am a card-carrying feminist, but to me, my idea of the ideal feminist world is when I can stop thinking about my gender constantly and get on with the business of what I do. It’s not an ideal world right now, and so everything I write is deep-dyed with the shades of my womanhood; it’s as much a part of my identity as the country I was born in, and the things I love and the things I hate.

At the same panel, the translator J Devika asked us from the audience (and I’m paraphrasing), “Why have you not spoken about women’s liberation?” and how one by one we shrugged. And I felt the weight of my gender again, which I had forgotten for an hour, and how it always comes back to that, the fact of being a woman.

Funny though that the opening session named after the festival theme was moderated by poet Subodh Sarkar, who spoke about the topic for a good 30 minutes without letting any of the women get a word in edgewise. Finally, when he directed a question at them, Shobhaa De said, “I can’t help thinking this panel would have gone a different way if it had been moderated by a woman.” Oh, all the women gave him a tough time after that! And it’s likely that Mr Sarkar had never faced this sort of resistance before, because he kept talking about how “scared” he was.

There were writers from across India, writing in several different languages, and on a panel I was moderating with Rana Ayyub, Baby Halder and Nalini Jameela, I realised that in total we had three different languages on stage. We managed it, though—Nalini had a Malayalam translator on hand, I tried using some of my Hindi for Baby, who got the gist of what I was saying, more or less, and Rana got asked my questions in English. But to have that sort of dialogue at all was more stimulating than any other lit fest experience I have had.

‘Box or no box,’ we need more festivals like this one. While I always have great fun at the more mainstream festivals, there’s a sort of drawing room atmosphere that makes you feel like you’re talking to the same sort of people over and over again. Your Twitter followers, the people at your house party. As we go on, yes, women are more represented now than they were before, but it’s still at an abysmally low ratio. When women writers get together with women thinkers and publishers and filmmakers and so on and so forth, there’s a whole new thing going on there. A beyond-gender thing. We are suddenly who we all argue we want to be: just ‘writer’ without the ‘woman’ tag. No one spoke about their marriages or their children, and no one asked them to either. Maybe you’ll dismiss it as tokenism, but I felt it was important to witness that. Let there be more, and let us finally emerge into a post-gender world.