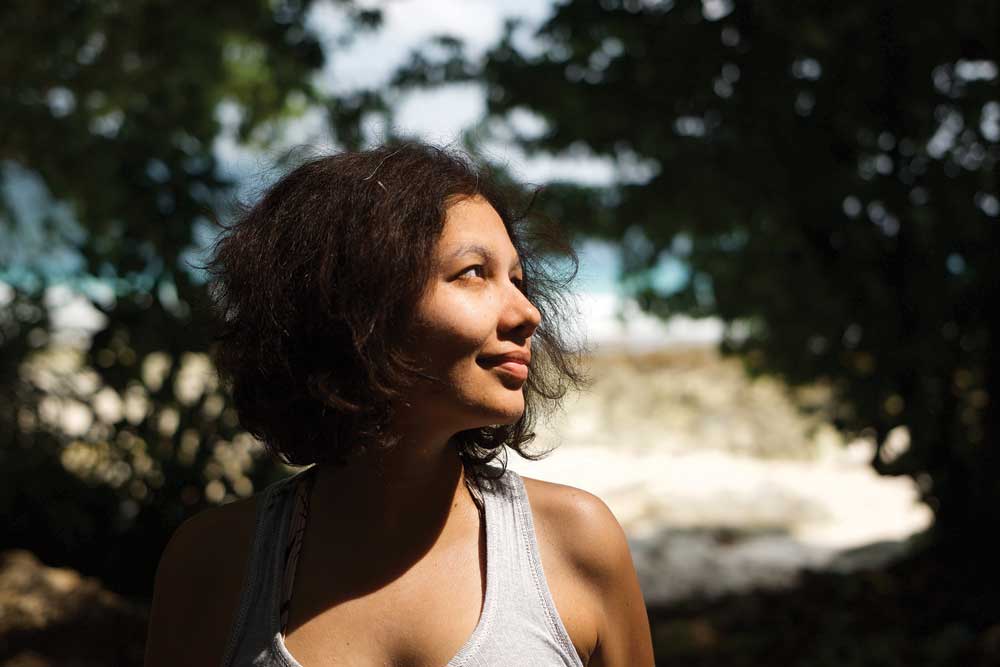 LATITUDES OF LONGING (HarperCollins; 331 pages; Rs 599) is a languid, loping book that begins in the Andaman Islands in the late 1940s and ends somewhere in the present at Siachen Glacier. Its scope is ambitious, its emotional key played in nostalgia major. Shubhangi Swarup’s debut novel follows disparate but interconnected storylines across the Subcontinent and has already earned a clutch of flattering reviews.

There is the woman who talks to trees, a pair of ancient lovers embarking on a new romance in the mountains, a mother who leaves her infant son, a political prisoner for whom normalcy has all but receded. Characters waft in and out of one another’s lives in each of the four chunks titled: ‘Islands’, ‘Faultline’, ‘Valley’ and ‘Snow Desert’. What holds them all together? Mostly just a line. A geological faultline that forms the narrative spine.

“The faultline is the inspiration; for an artist, you have the muse. That is the muse,” says Swarup during a meeting at her home in Bandra, Mumbai. “I have been up and down chasing it.”

The Andaman Islands were Swarup’s starting point—she had heard stories about the place from her mother who grew up there, but couldn’t believe that the archipelago was somehow connected to the mountains on the mainland miles away. Her journey took her through the Northeast, Ladakh, Sri Lanka, Nepal and Myanmar.

The opening section is anchored by Girija Prasad and his new bride Chanda Devi. Oxford-returned Prasad has been sent to set up the forestry service; Devi communicates with a variety of non- human presences. Together, they try to build a love and a life. The second section moves to the story of Plato, a hot-blooded Burmese revolutionary in the seventies in trouble for treason, his mother in search of him. In the third, Thapa, an elderly Nepali man with a history of drug smuggling finds friendship with a bar dancer. Finally we move to a remote mountain village where 80-somethings Apo and Ghazala court whilst a scientist works to understand the glacial terrain.

But the fabulism, folklore and fiction is buttressed by a hefty bedrock of research.

Swarup, who has been a journalist, filmmaker and education consultant, spent seven years interviewing and travelling for the novel. Much of it was alone. Much of the itinerary involved winging it. “It was always intimidating. I felt like what is wrong with me many, many, many times,” she says. “The doubt would creep in before I would leave. Like, what I am going towards?”

Extensive travel and endless interviews across geographies may not be the most traditional way to write a novel. “I felt like, surely this can’t be the best way of approaching this,” she says, laughing. “There must be a better way to do this. But once you are there, the stories come to you, the people come to you. And it’s beautiful to let go and take it each moment at a time. If I don’t know what I’m searching for, I’m open to everything.”

In Yangon, former dissidents fed her cakes and told her of their lives. In Port Blair’s colonial forest bungalows, every home came loaded with a ghost story. In Kathmandu bar girls unveiled tales of trauma and trepidation.

Given her deep plunge into the unknown, Swarup has little patience for that old chestnut routinely handed to writers: write what you know. She recalls hearing American novelist Michael Chabon abjure that approach as a moment of validation. “I was like, ‘Yes!’” she exclaims. “Finally someone says this. You are outside your comfort zone and that’s when you are truly exploring, and you’re vulnerable.”

Swarup grew up in Mumbai, unfamiliar with the terrains her novel tackles. “I’m an urban kid. I know how to use the trains, I know how to walk at 2 am, I know how to bargain,” she says. “But I don’t know what to do in a forest. The beauty is once you go, you are so open and in a forest even a leaf is like a revelation. We have been so deprived of these things. Everything comes as a discovery.”

Swarup sees a reflection of her own attraction to nature in the powerful desire for connection that courses through the novel. “For me, the yearning is to be one with nature and life. Having been an urban creature who believed degrees and confidence could give us success, we lead our lives a certain way. And every belief system of mine has been questioned and thrown in the dustbin these past seven years, including my idea of what happiness or success means.”

The novel is saturated with lush descriptions of natural wonders, and natural disasters. Here, trees embrace organically and conch shells contain multitudes, but earthquakes and tsunamis alike can strike.

The trick to writing characters with experiences and identities so removed from her own, she says, lay in abandoning all assumptions. “There’s a line in the book, ‘You can’t step into someone else’s shoes till you remove your own’ and I feel that,” she says.

She also had to jettison her journalistic impulses, and quotes Ernest Hemingway to make her point: “You have to know when to stop being a journalist if you want to be a writer.” It started with dismissing note-taking and tossing aside the voice recorder she initially used for interviews. “Memory will suffice,” she says, “It’s not the words or my observations. It is just connecting at that moment, and how do you connect with a person emotionally? It’s about reading that silence.”

However, plenty of her research was also technical, seeking to understand at a granular level the science of tectonics, of geological movements, of oceans. And the story is bookended by two scientists separated by space and time but united by mystical forces and the powerful pull of knowledge. Rendering each of the sections authentic to its context also meant Swarup had to read copious amounts of locally published literature, folklore and memoirs.

The explicable and the inexplicable harmoniously coexist in the universe of Latitudes; Mount Everest, for instance, is being overtaken by K2 as the world’s tallest peak. That kind of thought experiment, rooted in conversations with scientists, involved a calculated leap from possibility to plausibility. “At some point, I got really depressed talking to scientists because I was like, ‘Okay I’m imagining these things, they are not possible.’ But then I was like, ‘But this is fiction, I just have to make it believable’,” she says. “To be honest, conceptually, how we do we know these things are not possible?”

The book’s canvas follows that impulse of anything is possible, and if you like your books grand, sentimental and a touch fabulist, Latitudes will appeal to you. Oceans roil, mountains move, turtles shapeshift and Victorian ghosts observe social mores. The narrative is more concerned with contemplating infinitudes and generating emotional resonances than following a dramatic three-act structure. Swarup seems tired of that formula, where the novel has been hijacked by the sensibilities of screenplay writing.