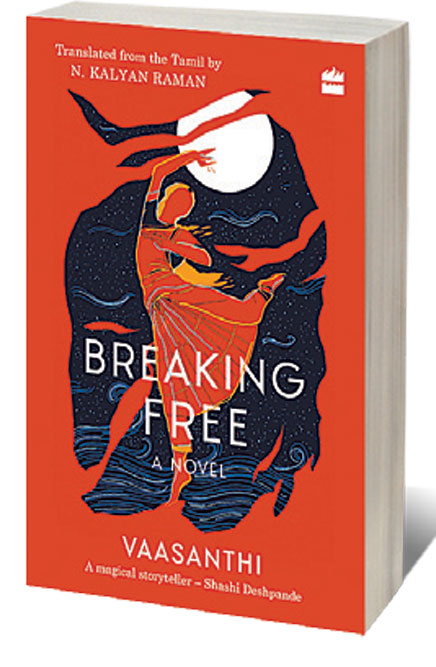 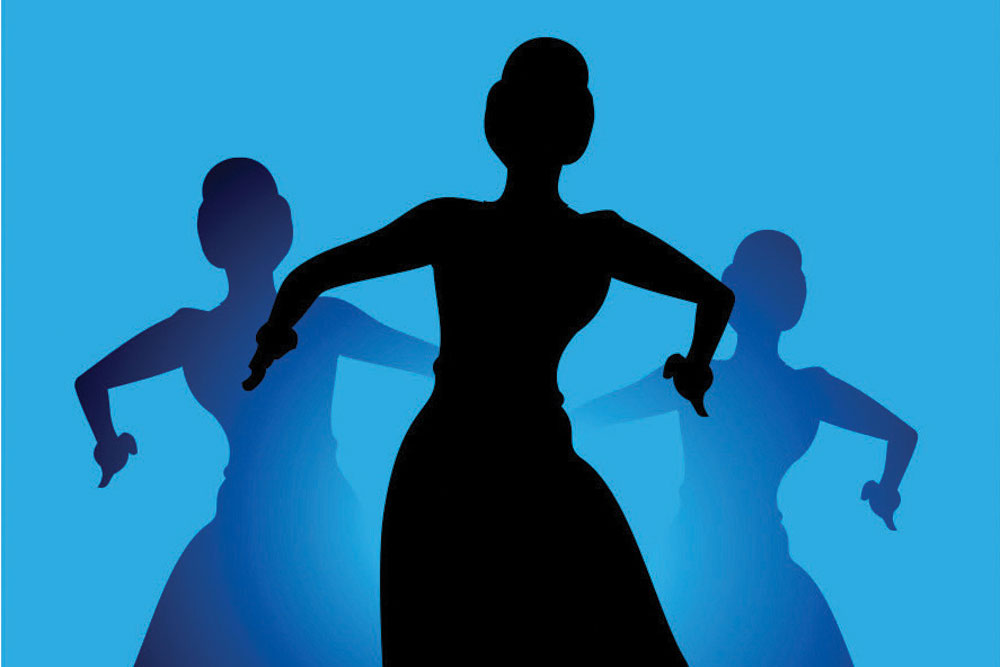 DEFYING AGE-OLD TRADITIONS is never an easy task, more so in a society that adheres to its belief systems. However, change, inevitable as it is, can also be the cause for conflict and constant churn leading to manifold consequences. It is this push and pull that lies at the heart of Breaking Free by journalist and writer Vaasanthi, translated from the Tamil by N Kalyan Raman.

Following the lives of three women and the times they live in, Breaking Free is an intergenerational story structured around the Devadasi tradition, where women brought up from their childhood in the art of dance and singing are dedicated to a temple deity, symbolic of her union with the divine. Historically, Devadasis enjoyed royal patronage and in parts, their protection, but over the years they had to look to landlords and upper caste men for their upkeep, which risked bringing in a complicated system of exploitation and social aversion from society at large towards them.

Vaasanthi takes readers into the cloistered world of Devadasis, where beauty and grace is the only ticket to become the most sought one, where delusions of divinity thrive, in willful denial of the way one’s body has to be offered without consent. The translator’s note by N Kalyan Raman provides more historical and social insight into the Devadasi system and complements the literary presentation by the author.

Two friends—Lakshmi and Kasturi (the third woman is related to both), born into Devadasi families embark on different paths. The former is the rebel, the one who will question and who will find solutions or fight to set things right while the latter is the conformist who will abide by traditions and find every reason to hold on to what she has been told to do. By fleshing out two radically different protagonists within the same milieu, the author balances out how women within the Devadasi system found themselves exploited by the system, powerless to escape and how those who did manage to get out had to carry the collective shame of the community.

Vaasanthi puts the men in the shadows: it is the female protagonists who we get close to but by making the fate of the women dependent on who the men are, she drives home just how much the fate of women was tied to the men. A large section of Breaking Free is set in the tumultuous time of the freedom struggle in India where Mahatma Gandhi’s calls to throw off colonial rule had gripped the country along with the fiery poetry of Subramania Bharati that talks about equality. But did these calls for equality also include women, specifically Devadasis? Women contributed equally to the freedom struggle and had to first go against their own families to take to the streets, women pushed legislation for their betterment but has society’s perception and treatment changed at all? These are questions that emerge through the lives of the two protagonists in Breaking Free.

Vaasanthi keeps her narrative moving across time and characters, and it does take some effort to ascertain which time and whose perspective is being talked about but once the rhythm settles, the characters take over. Touching on themes of collective shame and the stigma that upper caste people foist on those they keep at their whim and mercy, Breaking Free provides a glimpse of the way in which women of the lower caste were tightly controlled and how their exploitation was enabled by society, including the women in their own families. The author brings in the shades of violence inflicted on women following the Devadasi system and those fighting it from within, their lonely battles and the scars they have to live and die with. The lingering sadness in the lives of all the women protagonists leaves you shaken with the bitter aftertaste of how much worse it would have been in real life.