The Arc of Optimism

Two books that show the danger of making extreme, and often ideological, assumptions in economics 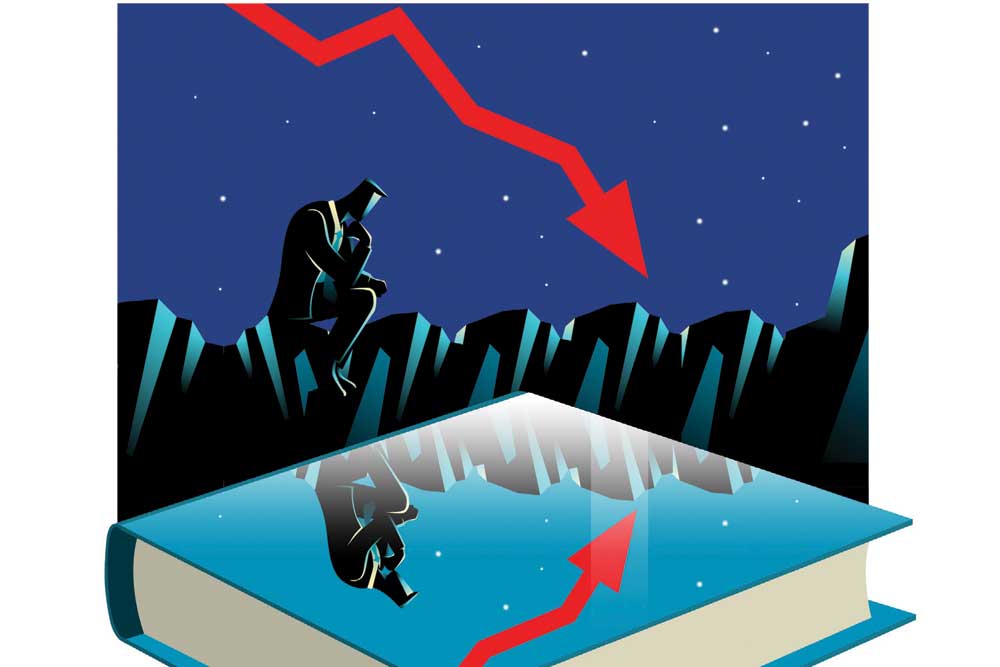 THE GLOBAL ECONOMIC crisis that began a decade ago led to the destruction of economic value not known since the days of the Great Depression in the 1930s. The S&P index lost close to 50 per cent of its value between late 2007 and 2009. In this period, a number of American financial institutions either collapsed, for example Lehman Brothers, or had to be bailed out by the government, as in the case of insurance giant AIG. The effects of that crisis continue to linger. Individual investors who put their life-savings in complex and ill-understood financial instruments lost almost everything overnight. Firms that were ‘market-makers’—involved in both buying and selling difficult-to-price instruments at the same time—too suffered heavily. Finally, years after the end of the crisis in 2009, countries that were careless in borrowing based of opaque financial deals, found themselves at the mercy of lenders. Greece is a prime example. So what began as a financial crisis has now acquired a geopolitical dimension.

In these years, plenty has been written on what went wrong. The literature on the ‘crisis’ has spanned the repeal of regulation that prevented conflicts of interest in key markets to questioning the very basis of economics (more accurately, economists). It is hard to discern a division of labour in this literature: economists famous for their work in microeconomic theory have commented about regulatory failures to check excesses in financial markets. While practitioners from the latter have ventured far into economic theory to search for what they think are fundamental errors of late 20th century economics. The End of Theory: Financial Crisis, The Failure of Economics and The Sweep of Human Interaction by Richard Bookstaber is a book that falls in this class. Bookstaber, a risk manager who has worked at investment banks such as Morgan Stanley and Salomon Brothers, is now at the University of California.

Bookstaber’s volume is complemented, in a very different way, by a book written by a historian about an almost- forgotten economist. Ian Kumekawa’s The First Serious Optimist: A.C. Pigou and The Birth of Welfare Economics looks at the life of a man whose outlook is neatly summed up in the title. Between the two, it is possible to read the ideational span of 20th-century economics, from optimism to pessimism.

First, the pessimistic take. Bookstaber contends that economics is limited by four problems. All four—emergent phenomenon, non-ergodicity, radical uncertainty and computational irreducibility— are technical concepts that pose an intellectual challenge to economic theorising. In simple language, his claim rests on the inability of economists to understand sudden changes in financial and other markets where the actions of a large number of individuals leads to unforeseen events, ones that cannot be captured by standard models of economics. This difficulty, Bookstaber argues, is compounded by the addiction of economists to an outlook shaped by, and steeped in, a world of models. Economists are trained to abstract important features of what they observe in the world and build idealised versions of reality into simple (and not-so-simple) mathematical models. These models are then refined and tested using data from the real world. This is the bread and butter of economics. The End of Theory challenges this way of looking at the world. To an extent, he is right. The ability of economists to forecast phenomena that are understood, for example growth and inflation, is rather limited. Forecasts often go haywire. When it comes to predicting crises, economists fare much worse. For example, in 2009, a leading light of the subject, the Nobel Prize- winning economist Robert Lucas of the University of Chicago had a tough time trying to explain why economics could not predict the emergence of crises.

Some of what Bookstaber says is, however, a bit too strong. At different points economists have written, and extensively, about the very problems that The End of Theory highlights. For example, radical uncertainty has been known and studied for a long time. The statistician Leonard Savage, whose 1954 book The Foundations of Statistics, has had tremendous influence on generations of economists. In Foundations , Savage showed that the moment one leaves behind the ‘small world’ of idealised models, uncertainty looms large. It will be hard to find an economist—even a diehard believer in ‘killer theorems’— who will contest this. Similarly, the use of simplifying assumptions about rational behaviour are not really the caricature they are made out to be. Some of the most influential theorists of widely differing persuasions—for example, Gary Becker and George Akerlof—have examined the limitations of assuming rational behaviour in economic models.

THE SOLUTION PROPOSED in The End of Theory is interesting even if it is limited in its own way. If the repertoire of human behaviour is expanded dramatically—from merely assuming rationality to various other types, irrational, quasi-rational, etcetera— then it is possible to inject some realism into predictions of what can happen. There is no doubt about this. With the brute computational power available in this age, ‘agent-based modelling’ can work wonders. The trouble is that economics looks for more than just predicting crises. If prediction was all that was needed in the world, computational power is all that would be needed to figure out what is coming our way.

Ian Kumekawa’s protagonist, AC Pigou, lived in a world very different from ours. Stepping into maturity just when the Edwardian era was beginning, Pigou’s world seemed much less complicated. Armed with a simple but powerful assumption—utilitarianism, the greatest happiness of the greatest number—this gentle person went about analysing issues ranging from inequality to tariffs to polluting industries. Unlike the stark ideological choices of our age— socialist or laissez faire—Pigou eschewed those extremes. Take, for example, his idea about what to do about polluting industries. It was simple: tax them to ensure that industries don’t pollute water or air. In contrast, some decades after he put forward his idea, Ronald Coase, an American economist turned his suggestion on its head. There was no need to use taxes to correct such failures; simply allow industries to pollute after they purchase a ‘permit to pollute’. These permits could then be traded on a market, and an industry that did not want to pollute could then sell its permit to one that wanted to. A market solution was staring at the world. This was the basis of the market for ‘carbon permits’. In the end, this did not work. In recent years, the idea of ‘Pigovian Taxes’, taxes that can be used to fix a market-failure like that of polluting industries—has gained traction once again. Perhaps they ought to be taken more seriously as the world tries to figure how to fix global warming.

Kumekawa’s book is a charming and deeply sympathetic portrait of an economist who was overshadowed by men and events of his time. Unlike the widespread disillusionment about economics today, he was the harbinger of a more hopeful time. Pigou would, had he been alive today, not recognised the discipline. But the ‘first serious optimist’—a title given to him by Joan Robinson, another Cambridge economics grandee—sums up the possibilities in economics and that it does not merit the title, ‘dismal science’.

What Pigou’s life showed, and Kumekawa illustrates amply, is the danger of making extreme, and often ideological, assumptions in economics. There is no use pretending that market failures don’t occur or that markets can correct themselves. Equally, it is pernicious to assume the state can sort all economic problems. The 20th century has witnessed both these extreme assumptions leading to statist economic failures and destruction of economic value. The arc of optimism lies between these two extremes. Designing economic policy ought to avoid ideological baggage. Perhaps in the times ahead, that will happen, finally.