If you look past its author’s name and ‘Nobel prize winner’ appellation, Home is a taut read with a jazzy rhythm—till you reach a revelation that makes you squirm 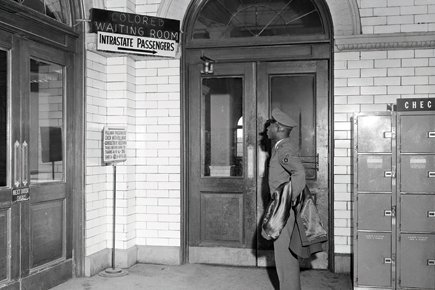 If you look past its author’s name and ‘Nobel prize winner’ appellation, Home is a taut read with a jazzy rhythm—till you reach a revelation that makes you squirm


Frank Money is a 24 year-old-veteran of the Korean War who has been back in the States for a year but has not yet had the heart to go home to Lotus, Georgia, ‘the worst place in the world’. In Korea he has lost his two best friends, his moral dignity and parts of his sanity; he is adrift, a dangerous state of being for a young Black man in the 50s. The novel begins with Frank in a mental hospital with no memory of how he got there, only of the letter he had received days earlier: ‘Come fast. She be dead if you tarry.’ Home is about Money’s journey back to Lotus, through a hostile homeland, shoeless, beset by flashbacks, to save his little sister Cee—his one and only true love.

I read Toni Morrison’s new novel twice in three days. This was not only because Home, at 145 pages, is easy to read in an afternoon or two. The first time round, aware as I was that I am reading ‘the only living American recipient of the Nobel prize for literature’, it left me moved but a bit let down. I decided to see if I could read Home as if it had arrived coverless and creditless.

In this second way, the book—a hero’s journey to hell and back—fares much better (although I think I’d have guessed it was Morrison’s, anyway).

It is, of course, hard to be a book on whose cover appear the words ‘by the Nobel prize winner’; hard for people to see you as an individual, especially if you have been written by an author who is seen to have a consistent political agenda, even if that agenda is correct. When John Updike reviewed Morrison’s A Mercy (2008) in The New Yorker, he termed it ‘another instalment of [Morrison’s] noble and necessary fictional project of exposing the infamies of slavery and the hardships of being African-American’.

Morrison herself disagrees, and is disappointed when her books are sometimes relegated to the ‘African American’ or ‘Women’s Lit’ ghettos of bookshops: “I just want to be alphabetised along with everyone else.”

But on first reading, Home certainly does seem like another installment of Morrison’s project, and what a noble and necessary project it is indeed. It is set in the 1950s, at the conclusion of the Korean War: a time often thought of by many (Whites) as a golden age.“You know,” said Morrison in a recent interview, “lots of money, everybody was employed, the television shows were cheerful. And I think we forgot what was really going on in the 50s. We forgot McCarthy, [the] anti-communist horror. We forgot that there was a war that we didn’t call a war. It was a violent time for African-Americans.” I feel unable, or at least unwilling, to use a regular yardstick of literary critique while being reminded in a masterful way that the United States I grew up in (of fun shopping trips to lovely shopping malls, of knowing with every breath that I was entitled to liberty, justice and an unobstructed pursuit of happiness) was not the same United States that it was for my other-coloured sisters and brothers. I don’t want to critique Morrison or any other keepers of our conscience; I want to thank them and give them Nobel prizes.

That is why I read the book a second time, as an anonymous little book that stands for nothing but itself. Read that way, it is a good, taut read, the tale universal enough to be alphabetised in the general section of bookshops. The characters are alive and their story moves us; the allegories are straightforward but not cloying. The author’s writing has a jazzy rhythm, perfectly smooth until another jarring dissonance makes you squirm. Frank, who we root for, has his own secret, a transgression of immense magnitude, somehow forgiven by the author (a Morrison trademark). Is this because he is Black and has suffered so much? This dissonance made me squirm more than the ‘white sheets’ and other racist horrors, but because it’s Morrison, and because I’m White, I squirm again in saying so.