Survivor in the City

Oliver Sacks and the art of moving through grief 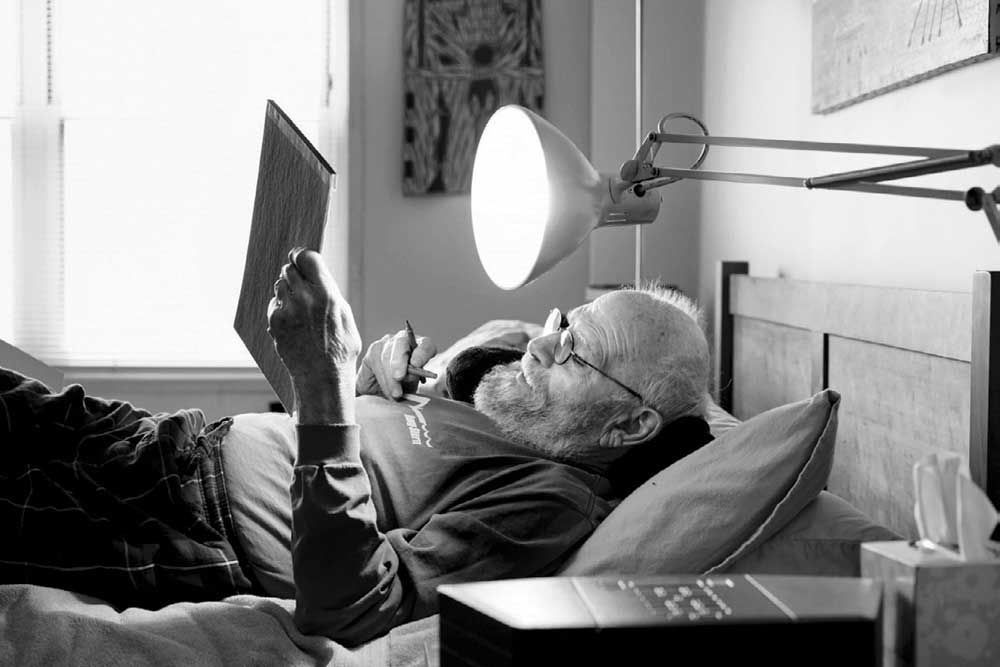 WHAT MAKES A love story? ‘Love’—well, many people have that. But a ‘story’—only a handful. And what is a better plot twist than death to convert life into literature? Insomniac City is one such love story, immersed in affection and respect, and then cut short. It chronicles the six-year relationship between the author Bill Hayes and renowned neurologist and author Oliver Sacks, which ended with

Sacks’ death from cancer in August 2015. Sacks who died at 82, is aptly described as the ‘poet laureate of medicine’. Which captures both his profession as a consulting neurologist and his finesse in rendering medical speak into prose.

When Hayes and Sacks meet in 2009, Hayes was a 48-year-old who had sped out of San Francisco in the wake of his partner’s death. Sacks, at that time, was 75 and had been celibate for over three decades, and had never come out as a gay man. In the grace of the other, these two wounded souls get a chance to experience life anew.

Love stories most often tire with their clichés. But with Insomniac City, it is hard not to gush, and try as one might, it is nay impossible to stifle the occasional ‘aww’ (out of envy). To the merit of the prose and the depth of its introspection, the book never slithers into the maudlin. It leaves a reader feeling tender, never mawkish. We are privy to their conversations because we overhear their journals, which makes the dailyness of their relationship special.

But as the title itself suggests, Insomniac City is not only a love story, it is also a tribute to New York. Think of Woody Allen’s Annie Hall and the way skyscrapers and fire escapes frame conversations. The city and, to a less extent, the author, share a condition called ‘agrypnia excitata’—characeterised by insomnia and nervous energy. In their crepuscular hours these sleepless spirits, wandering the city at night, get a chance to reinvent themselves.

Hayes’ writing is spectacular because it creates a show in front of our eyes. New York’s monuments have been enervated because they have been written about and photographed so excessively. Under Hayes’ gaze, you see them afresh. He writes, ‘Sometimes I’d sit in the kitchen in the dark and gaze out at the Empire State and Chrysler buildings. Such a beautiful pair, so impeccably dressed, he in his boxy suit, every night a different hue, and she, an arm’s length away, in her filigreed skirt the color of the moon. I regarded them as an old married couple, calmly, unblinkingly keeping watch over one of their newest sons.’

The memoir is cinematic also because Hayes’ photographs hyphenate the manuscript. By revealing the ‘missing the evanescent, the eavesdropped, the unexpected’, he shows us what it is to be a New Yorker. He documents the city’s glory through the people he meets, be it the fisherman on the subway, the homeless man who writes poetry in the shadow of the High Line, or Ali the neighbouhood shop manager. In his photos we feel the chill of a New York street on a winter evening, we experience the euphoria of young love, and, of course, we see Sacks. Sacks with his chin in hand and gaze intent as he studies pages of Bach. Sacks as he edits ‘My Own Life’—The New York Times opinion piece (published February 2015) which told the world he was dying of cancer.

Ultimately this memoir is also about ‘moving through grief’, because it can never be, simply, overcome. As Hayes writes, when it comes to grief, one can learn from trees. ‘The trees, clearly overmatched by the combination of winds, rains and lightning, were not fighting this storm but yielding to it. This is just how they were built, how the species had evolved: to survive.’

Read this book to know how not to waste life, how to love and how to survive.