The Swedes actually have crime writing workshops teaching the rules of a good murder. And they’re coming to India to pass on some tips. 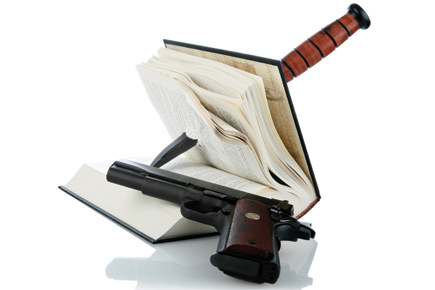 The Swedes actually have crime writing workshops. And they’re coming to India to pass on some tips.


The Swedes actually have crime writing workshops. And they’re coming to India to pass on some tips.

Murder is an odd cultural export to boast of. But with all due respect to Ikea and Abba, it would not be wrong to say that murder has emerged as Sweden’s main cultural export over the past five years. Murder, or the writing of it. And the culprit-in-chief is Stieg Larsson, an activist journalist who died before any of the fuss began. Consider the figures: since 2005, when the first in the Millennium trilogy, The Girl With the Dragon Tattoo, was published, these books have already sold over 30 million copies. Rights have been sold in 41 language territories. It is, for the lack of a better word, phenomenal.

Such is the phenomenon of these books that the Swedish government is now organising crime writing weeks as cultural events across the world. The India leg is scheduled for April 19-25 and will cover Delhi, Mumbai and Bangalore. The programme includes a talk by the award-winning crime writer Hakan Nesser, a crime writing workshop by Nessar and crime fiction aficionado and columnist Zac O’ Yeah, and the screening of the Swedish film, The Girl with the Dragon Tattoo. Efforts are already afoot to organise similar crime writing weeks in France, Spain, Germany, the US and UK.

The Ikea-Abba comparison brings a broad grin to Swedish Ambassador to India Lars-Olof Lindgren’s face. “It’s interesting how often I get asked if crime fiction has elbowed out music as the new major export from Sweden. The success of Abba followed by Europe, Roxette, Ace of Base, Robyn and the Cardigans did make Sweden the third largest exporter of music. Now it looks like Swedish crime authors are invading the market for crime and mystery in the UK and USA, elsewhere in Europe, and making inroads into the Indian market as well.’’

This terrific success has spawned an intriguing trend in Sweden: that of crime writing workshops and courses. Which come in all shapes and sizes. Fancy ones that fly participants to exclusive resorts in exotic lands. Evening study circles run by educational associations. Day-long ones conducted by freelance teachers. These would cost about Rs 20,000-25,000 a day. And most interesting of all, the Swedish national radio even ran a ten-week long public course on crime fiction writing last summer. Three well-known writers shared tips on radio and all listeners was encouraged to try their hand at writing. A special website was created for the purpose. It’s a liberating idea, that escape from the nine-to-five monotony may be a workshop away.

Zac O’Yeah, who resides in India, says, “Writing workshops in general are something of a Swedish cottage industry and have been popular for at least two decades now. It seems to me that writing workshops with special focus on only crime fiction are a more recent phenomenon, from the last couple of years, during which Swedish crime fiction publishing has become quite a big industry. So lots of people want to try their hand at the stuff.”

These workshops have produced a good number of published, and respected, authors. Asa Larsson, who worked as a tax lawyer, published her first book Sun Storm after a workshop. The book went on to win the Swedish Best First Crime Novel Award. “I did it once a week for maybe ten weeks. It helped me realise that I actually could write, and it helped with the discipline, just getting started,” says Asa. Then, there’s Camilla Läckberg, one of the ‘crime fiction queens of Sweden’. “She got enlisted in a detective fiction course as a birthday gift from her husband. Before that, she had been an economist,” says O’ Yeah.

Intriguing stuff. See you at the workshop then, all you who can’t sleep without a big, fat murder mystery by the bedside.