Spotting Chatwin and Other Delights in Jaipur 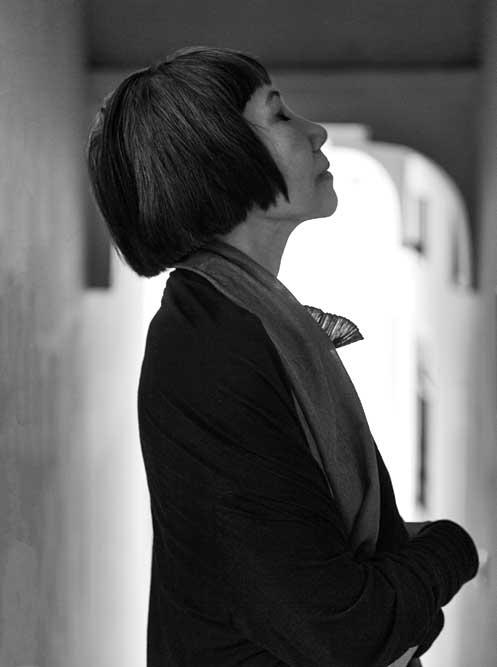 DAY SIX. WAKE up with sore throat. Inevitable. This is the Jaipur Literature Festival (JLF), where beautiful things are happening in beautiful locations, but everything is outdoors. Cosying up to garden heaters will only take you so far.

Last night at the Writer’s Ball in Jai Mahal Palace, sat at a table next to an especially lovely garden heater. Overheard—male writer to female writer: “Do they make cocktails at the whisky counter?” Answer: “No. The waiters don’t have the body language for cocktails. Safer to get a single malt on the rocks.” Meanwhile, on the other side of the table, boondi dessert is deeply praised.

Final party always has something funereal about it. Many of the writers have flown the coop. Only a few remain to bear witness. Central chat of the evening is about the festival’s closing debate, ‘Hashtag Me Too: Do Men Still Have it too Easy?’ Most agree with Bee Rowlatt. Debate could have been closed with two golden words: ‘Uh, duh!’ Side argument about fake male feminists takes on whirlpool dimensions. Namita Gokhale, co-director of JLF, says that her most memorable moment of this year’s edition was to hear so many women ask questions after the debate. Vani Tripathi Tikoo compares Namita Gokhale to an orchestra conductor who makes sure every string is tuned to perfection. Music is everywhere.

Parallel Rupi conversation, which may or may not have happened at the same party because Rupi is nothing if not omnipresent. Lady asks poets Jeet Thayil and Melizarani T Selva what they think about Rupi. Jeet, the senior senator, swiftly passes the baton. Meliza could write a thesis about her complicated feelings about Rupi. Jeet tells Lady, “You know, Rupi Kaur outsells Homer?” Lady wants to talk about how Rupi made it because she’s an Instagram poet. Jeet says, “You know she’s sold like millions of copies of books…. She outsells Homer.” Lady to Jeet: “Why do you keep bringing up this Homer guy? Just tell him to get on Instagram.”

New terminology. What do you call a male panel moderated by a female, where the male panellists type up the questions they want asked without being requested to type up such questions, and then hand it to the female moderator with a ‘now you don’t have to worry your pretty little head about anything’ look? Manellising? Malapropriation? Male-adroit?

“Do not follow my advice on writing, else you wouldn’t finish a book even in 10 years” – Amy Tan

Side conversation about author styles and loveability quotients. Everyone agrees Anuja Chauhan is rocking the boho chic grey hair look. Abeer Hoque got Bangla-Nigerian-New York nexus street cool hip look going on. Hansda Sowvendra Shekhar has immense propensity for checks. Sandip Roy does hats very well. Joshua Ferris’ bags may or may never have arrived from New York, but his hair and spirits remain in consistently good shape. Writers that other writers most wanted to go up to and talk to but were intimidated on account of the gorgeous factor: Michael Ondaatje and Amy Tan. Most adored Indian writer (probably of all time): Kiran Nagarkar. Writer with the best spectacles: Rabih Alameddine.

Random hit list of people I accost at party tell me who they were most excited to hear at the festival: UK journalist gushes over Maya Jasanoff’s brain. Another says best moment was during the Tom Stoppard talk (which he said rambled on a bit), but when Stoppard was asked why he wrote about Tsarist Russia, he said, “Because I have empathy for superfluous men.” (Note to self: Empathy for superfluous men could be the great festival takeaway). Aanchal Malhotra cannot say enough good things about Salil Tripathi’s moderation of the Rohingyas panel. Anuja Chauhan’s vote goes to P Sainath.

“In the 19th century, the centre of literature was London; in the 20th century it was New York; and there is no doubt that the global capital of 21st century writing is Mumbai” – Pico Iyer

Side Sainath story (a stolen one). Sainath is standing in the queue for the loo at the author’s lounge. A lot of chitchat happens in loo queues at Jaipur. Staring at bathroom door is a bit like staring at kettle waiting for it to boil. Staring makes nothing happen. Person inside finally pushes open the double doors with flourish. Person inside is Amitava Kumar, who takes one look at Sainath and proclaims: “Everybody loves a good bathroom.”

Other venues for fragmented chitchat are the shuttle buses that take authors from hotels to the festival. Inevitable questions of what you have written and what you are speaking about get asked with dwindling levels of enthusiasm over the five days. Day one: man says he has taken Shakespeare all over the world (later find out he’s Dominic Dromgoole, former director of the Globe theatre). Another says he’s going to talk about how Italian journalism encourages beauty over truth (later realise he’s married to me). I prattle on about how girls are coming out of the woods. Guy in the backseat, who looks like a rock star, says, “I’m going to talk about Nazis and drugs.” Shuttle companions unanimously agree: rock star wins.

Conversation steers to how German housewives during Hitler’s era were discouraged from joining the work force, but were given chocolates loaded with methamphetamines to keep them happy. Nobody can compete with Desperate Housewives of the Third Reich. Also: Hitler’s dog was called Blondie.

The dog at the security gate of our hotel wears little booties and a jacket because he has to stand outside all day. The dog’s name is Vishal. Many writers, despite wearing little booties and jackets, are snivelling on account of being outside all the time. Most agree that while snivelling is annoying, these conditions can be overcome by the entertainment being on such a lavish scale. Once a day at least, the poet Nathalie Handal feels she must announce, “This is really the most generous festival I’ve been to.” Most writers agree that this is the greatest literary show on earth despite there being the odd case of mistaken identity. Manu Joseph is asked by several people why he lives in Japan, and decides the next time he gets taken to task for his “men can’t be feminists” statement, he’ll say, “Actually, I’m Pico Iyer.”

“You are inherently a freedom-loving and tolerant country. a melting pot of culture and civilisation. Cherish that and keep sharing it with the rest of the world” – Hamid Karzai

Personal favourite case of mistaken identity: Post wonderful Bruce Chatwin session between William Dalrymple, Chatwin’s biographer Nicholas Shakespeare and Chatwin’s friend Redmond O’ Hanlon, where Chatwin’s genius, legacy, gift of embellishment and ability to charm the pants off anyone are discussed with gusto, including superb Chatwin impersonations by Redmond, audience member stands up and asks this question: “Thank you. I would just like to know, can you please recommend any books on marshlands?” Audience member has obviously been in Jaipur for five days and has lost track of time and place. Perhaps she’s confusing this panel with ‘India’s Elephants: A Cultural Legacy’, which is the panel up next? Testament to the commitment writers at Jaipur have to their audiences, the panel manage to answer the question anyway.

Festival rodeo moment: A group of four Irish writers and writer-accompaniers (reportedly all singing) got upturned in an autorickshaw after the Penguin party but survived to tell the tale. They could not confirm whether it was the singing that caused the accident.

“Without darkness, there is no light. Without silence, no music. It is about achieving a balance, that is the beauty of making art” – Mira Nair

Festival stampede moment: Nawazuddin Siddiqui talking about Manto with Nandita Das. Even the police force, who were meant to be keeping the bottlenecks free were making googly puppy eyes from afar.

Future festival goals: all longwinded audience comments should be steamrolled by the drums of Nathulal Solanki.

Who’s coming next year? Neil Gaiman. Yeah. We can all go faint now.