Shobhaa Dé: Queen of Why Nots

Shobhaa Dé reminds us that age is not an abuse 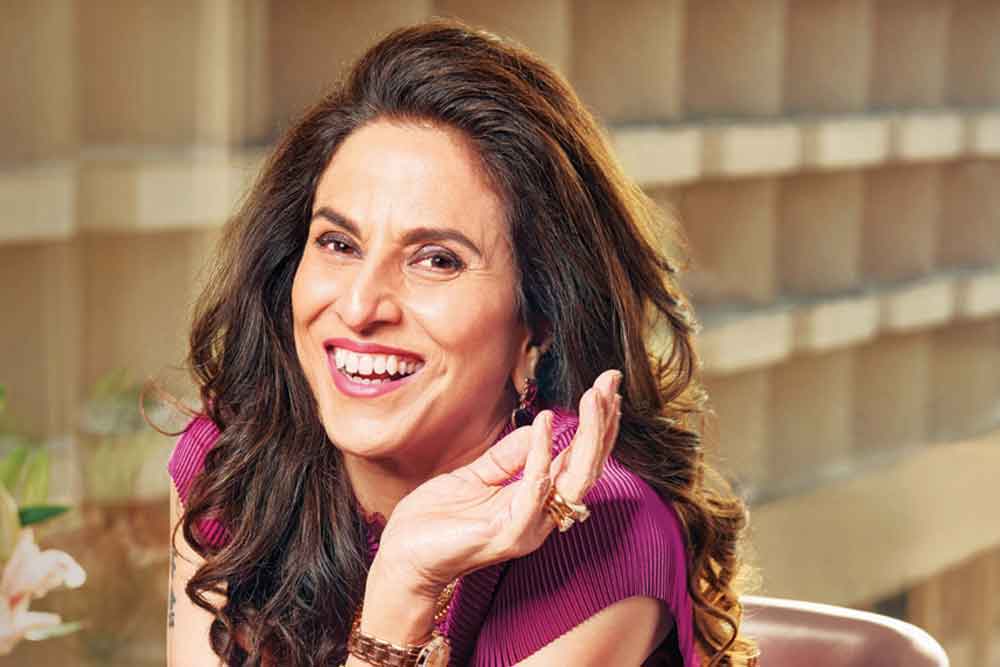 THERE ARE SOME authors who are bigger than the books they write and Shobhaa Dé is surely one of them. She has remained at the top of her game with millions of devoted fans and critics, thanks to an intelligent mastery of her medium and life skills. She was the precursor of Page 3 with her path-breaking filmi magazine Stardust followed by Society and Celebrity in the 90s, offering readers a new and precocious mix of catty innuendo in Hinglish that kept them coming back for more. Dé’s irreverent style together with her million-dollar looks turned her into a much-photographed society editor in the 80s and she has remained a media celebrity since.

But it’s the other part of her repertoire, the 19-odd novels which preceded her latest Seventy…and to Hell With It that is the subject of this review, and here, she is less sure-footed when it comes to carrying the reader. Other than her debut novels Socialite Evenings and Starry Nights which earned her the hated sobriquet ‘Jackie Collins of India’, the rest have been mostly forgettable. In Seventy, she expresses regret at these ‘written to order’ books, saying: ‘I watched mutely as a total mess was made of the manuscript. I kept quiet and accepted the mangling passively. Why did I keep silent? Because I didn’t want to offend the know alls who were butchering the original by arbitrarily reshuffling sequences.’

Well, Seventy too has its share of random thought-hopping which can leave the reader bemused at a smorgasbord of observations in a weakly-structured book that does a disservice to some of the content which is sharp, insightful and will be appreciated by older women. Dé told a reviewer recently, “The idea of writing this book was to tell women that age is not an abuse… society is very cruel, especially towards women… and every decade has its own relevance. We should not be apologetic about it. Age is one aspect of your life, what about the other aspects?” So while 70 is not the new 50, she says emphatically, it is that time of life when you can finally make your space your own and do only what you want to, and to hell with naysayers.

It is this disposition, what she calls her ‘why nots’, that forms the impetus of this book. ‘I wanted to share my ‘why not’ moments with you,’ she tells the reader. ‘Don’t worry, there is no heavy duty gyan here but plenty of josh.’ True. If you’re hoping to learn some profound life truths or even no-holds-barred revelations of her own storied ups and downs, you will be disappointed. She once told an interviewer that her life’s goal had been to get married, confessing that her career was not planned at all. ‘Sorry but there is no Big Picture,’ she says cannily. ‘Life is merely a series of tiny frames played at a ridiculously rapid speed.’

Nevertheless, Dé has found time to reflect and share some of her attitude. For instance, her favourite four-letter word is ‘risk’ and it is a constant, pushing her into uncharted spaces. Danger has always held a fascination especially when defending her liberal views in the face of death threats by political goons. To her critics, she may be a purveyor of pulp fiction whose success they attribute at least in part to her looks and connections, but Dé’s influential column periodically displays a courage not often seen in media circles these days.

So how is Seventy different from her earlier book Shobha at 60? Shekhar Gupta, host of NDTV’s Walk the Talk show, then memorably called her “the Lata Mangeshkar of glamour” and she rounded on him for focusing on the whole female appearance thing. She had said then: “At 60 you have nothing left to prove…” and then proceeded to disprove it over the next decade by being more feisty and focused in her writing, and generally adopting a ‘mainu ki’(‘what do I care’ in Punjabi) attitude to all the innumerable calls on her time.

For her legions of fans, Seventy will provide both amusement and instruction.

For the author, this book is a self-indulgent rendezvous with the young girl who lives within most older women. Dé at 70 looks set to continue honing her skills to regale us with another edition at 80.