Sex and Sexuality in Sri Lanka 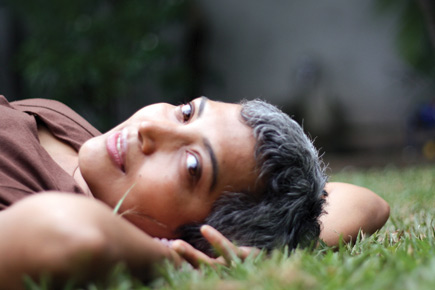 
Ameena Hussein is the co-founder of Perera Hussein Publishing House in Colombo, which publishes cutting-edge Sri Lankan writing in English. Hussein established the publishing house after she completed her studies in Los Angeles and returned to Sri Lanka in 2003. A well-known writer herself, Hussein has published two collections of short stories and edited an anthology of stories for children. Besides, her first novel, The Moon in the Water, was long-listed for the Asian Booker Prize in 2007. She is currently editing a collection of erotic stories in English by Sri Lankan writers. The book, titled Blue: Stories for Adults, is a first of sorts in the country’s literary history.

A The book evolved after listening to a series of performances by young Sri Lankans over some weeks. Their reaction to contemporary, young-adult situations was titillating. On a whim, you could say, I put out a call on my blog and got a tremendous response. I chose 16 entries. I think the stories are diverse in every way and will prove to be a wonderful and arousing read. The book is titled Blue: Stories for Adults and should be out in July 2010.

Q What inspired you to set up your own publishing house in Colombo despite the challenges?

A From my late twenties, I wanted to set up a world-class publishing house based in Colombo to showcase Sri Lankan authors who write in English. It came from a belief that good writing doesn’t have to be produced only from the West. If you look at the big publishing houses, they are all based in the West—I think I wanted to change that a bit. The journey has been quite hard. But it has been rewarding in its own way because I think that almost single-handedly, we showcased quality Sri Lankan fiction writing to a global audience. We have books that regularly hit the lists of both local and international prizes (Commonwealth, Dublin Impac, State Literary Prize, Gratiaen Prize, etcetera). We also worked hard at changing the common negative perception local readers had towards homegrown fiction. And today, our books are among the most sought after in bookshops with regard to Sri Lankan fiction.

Looking forward, I’d like to expand our stable to include writers from India and the rest of the Subcontinent and take our books to those regions as well.

Q As a publisher, what in your opinion are the promising aspects of current Sri Lankan writing in English?

A Right now, Sri Lankan writing in English seems to be on the brink of great things. We are in a post-conflict era that perhaps could address the recent conflict with some space and perspective. We have young adults demanding books that they can relate to and understand. We have a multi-cultural space within literature that can teach and explore and understand different communities and cultures.

A Most authors write about what they know. After the mid 1960s, English in Sri Lanka was confined to a select upper middle-class population. Thus, it is quite natural that if they write in English, they would write about themselves and their situations. Those who attempted to write on rural or peasant situations, in my opinion, rung hollow and sounded forced. Yet, I find that very few write about the middle or lower middle class here in Sri Lanka, though that might change soon.
We are beginning to see a trickle of writing on the conflict, and in my opinion, this is a subject that will be written about for many years to come. Quite early on, we published two books on the conflict, while other books were on related topics like identity and nationalism. The conflict we experienced scarred a whole generation of Sri Lankans who were born during the war and became adults during the war—that has to have some impact on their thinking, writing and living.

Q How do you see the change in the political situation reflected in fiction writing?

A It is far too soon to tell. The conflict we went through will be with us for a long time even though it seems to be resolved. We might see a balance of writing from both the Sinhala and Tamil perspective…Who can really predict these things?

Q How has your identity as a Sri Lankan Muslim affected your writing?