Ruskin Bond: Man on the Hill 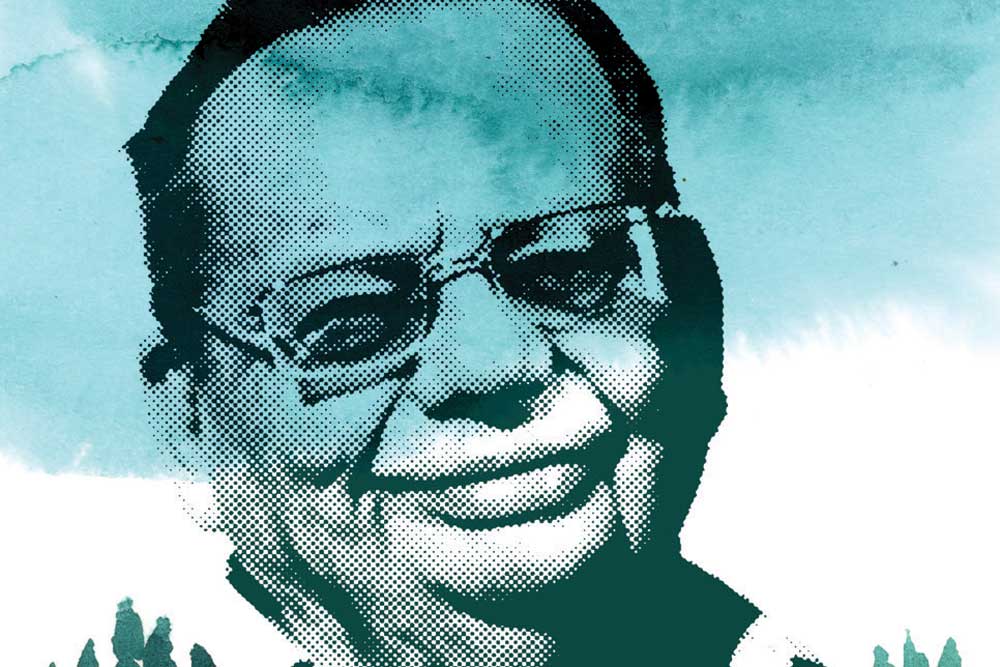 WHEN RUSKIN BOND finished his schooling in Shimla in 1950, it was decided that he be sent to England to better his prospects, which essentially meant getting a job. There was no money for a higher education; ‘[B]esides, I wasn’t the academic type, just a bookish boy and something of a dreamer,’ he writes in The Beauty of All My Days. That dream was to be a writer, and where better than in the land of Charles Dickens and Robert Louis Stevenson.

As he explored London of the early 50s, Bond saw little that was reminiscent of the city described in Dickens novels or WW Jacobs’ short stories. No one he met remotely resembled Jeeves or Bertie Wooster. It was, however, closest to Orwell’s pre-World War II version. It was strange that he felt so much of an outsider in a city where his own family had its origins. In 1955, he was back in Dehradun. India, the hills particularly, was where he belonged. If you’ve been distressed and overwhelmed by the socio-political state of affairs of late, The Beauty of All My Days is exactly the kind of book you can sink your teeth into, revelling in the comfort of familiar reading. The chapters in Bond’s memoir, although not arranged chronologically (he explains that different things at different times shaped him), are wonderfully diverse. There are tales of long-lost friends, his adopted family, his London sojourn and a changing Mussoorie, all tinged by a yearning for what once was. Growing up, Bond jotted down details in a notebook—the names of flowers and trees, the titles of famous books, the names of cities and countries. It’s how he believes his writing career began. In ‘Finding My Own Space’, he writes of his love for the flowers in his grandmother’s garden, learning their names from Dhuki the gardener. Bond would address them by their name as he watered them: ‘Snapdragons, how are you today?’ ‘Zinnias: you look thirsty!’

Bond lived and wrote in Dehradun, London and Delhi before moving into an idyllic cottage in Landour, Mussoorie, where he’s been for over four decades. The only time he’s been assailed by loneliness has been in big cities—the mountains are company in themselves. He’s lived in perfect harmony with whistling thrushes, bulbuls, cawing crows who would steal his boiled eggs and ants who grew fat on lumps of sugar. Living close to nature, this is the ‘real world’ for him, far away from the man- made world of automobiles, computers and skyscrapers.

In ‘Leftovers from the Raj’, he speaks of the Anglo- Indians and British nationals who were left to fend for themselves in Dehradun after Partition, many falling on hard times. An old couple that starved to death after their savings dried up, a feeble-minded young man who would be heckled by street children and another who knew a secret spot where holly grew.

Bond knew he could never write spy thrillers, science fiction or tales of intrepid empire-builders. It was always about ordinary people for him, and an empathy for the natural world—trees, plants and wild creatures. In ‘Postscript’, the last essay, Bond says he’s often asked why he never writes about politics. Where political issues tend to get dated, a short story he wrote 60 years ago is being discovered by a new generation of readers today. ‘History only tells us about the great ones who left their footprints on the sands of time. Dhuki spent most of his life growing sweet peas and petunias for an old lady. That’s the kind of life I try to celebrate!’