A tender, compelling novel-in-stories with a big secret at its heart 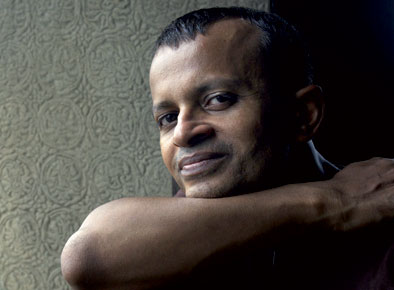 There is, they say, a special circle in Hell for those who’d ruin another’s reading of a story, so I have to tread very carefully while describing Sandip Roy’s debut work of fiction. Immediately, I must qualify that statement of caution, and in the process hopefully convey some of what recommends it as not just a most dazzling debut, but already one of the novels of this year.

Of course, this is, as the back cover announces, a story of family secrets, and ‘secrets have their own secrets’, so care must be taken to not reveal the specifics of the secret that gets going the story of the Mitra family across continents, from the Kolkata of decades past and now, and the immigrant’s landscape in the United States then and now. Yet, this tender and most compellingly told story is not driven by the kind of suspense that animates a plot-driven novel—its structure itself has a delicate quality. To give away too much would be to deny another reader the particular fascination the book’s structure affords. Don’t Let Him Know has 12 stories that when read right through, as they mostly will be, form a novel. It is of an episodic nature, the story ranging back and forth across time, but it’s cohesive, movingly so.

Then again, as the author’s note indicates, some have been published separately in assorted publications, and it is easy to wonder at how each one can be a standalone short story. In fact, to wonder whether one could scramble up the order in which they appear to see if the effect the narration then yields is any different. Would it change how we get to the secret, and the various degrees of avoidable shame it takes, how we track the corrosive effect the covering up imposes on the Mitra family, the effect of hiding one’s sexuality by a character and of pretending to not know by another, the accident by which a secret is obtained and the stealth needed thereafter to keep it hidden, the silences that form thereupon in the family? Would it change our ordering of who has been more devastatingly shortchanged?

It may amount to overreading, but these possibilities steal upon the reader so softly, and Ray keeps firm control on his characters with such a light touch, that to tell too much appears to violate an unspoken author-reader compact. Yes, Don’t Let Him Know is that rare, remarkable, precious work of fiction. We learn early on the secret at the heart of the Mitra family’s story. Romola, a widow in her sixties, is visiting her son, Amit, in California. Amit lives the American dream, appropriately for the immigrant’s tale, holding a computer job, an American wife, and a little son for whom Romola hopes of a yet more prestigious college degree. If she appears to be, as Amit opens a fraught conversation about a letter he’s found among his parents’ papers, somewhat out of place away from her native Calcutta, that already strikes one as odd. Romola had, after all, started her married life with Amit’s father, Avinash, in a small American town, as he finished his PhD, before returning to India, primarily on her prompting.

The letter, a scrap really, the last page, is accusatory, from a man called Sumit, asking why the sender had been betrayed, why his lover did not wait for him before getting married. Who’s Sumit? Why has this letter, discovered by Amit all these years later, and produced with a view to enhancing his bond with her, hit Romola like a ‘sledgehammer’?

The story that flows is layered, and Romola a character who won’t be forgotten. She’s a solid yet fragile character, her early knocks forcing her to encase herself in an emotional bubble, determinedly so. She gets on with life strong-willed, but she seeks, silently and therefore unsuccessfully, sanction from her loved ones to liberate herself—from the social taboo on meat for a widow, from the self-limiting effect of holding her secret so very tight in her broken heart, a heart broken from unintentional slights by loved ones, ‘decent’ and caring folks who’d mean her no harm.

From an attempt early in the book to find her feet by going to a McDonald’s to break a food taboo to resisting anti-depressant drugs, Romola’s eventual course to self-discovery, in a gay bar in the small-town America of her early married days, is dramatic, unexpected and memorable. Roy’s knack for conveying displacement, longing, shame, loneliness, love, desire, redemption recalls Jhumpa Lahiri—but Lahiri at her most accomplished, in Unaccustomed Earth and The Lowland.