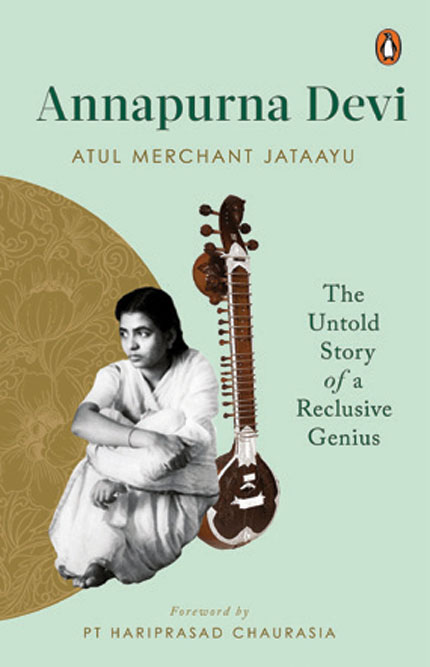 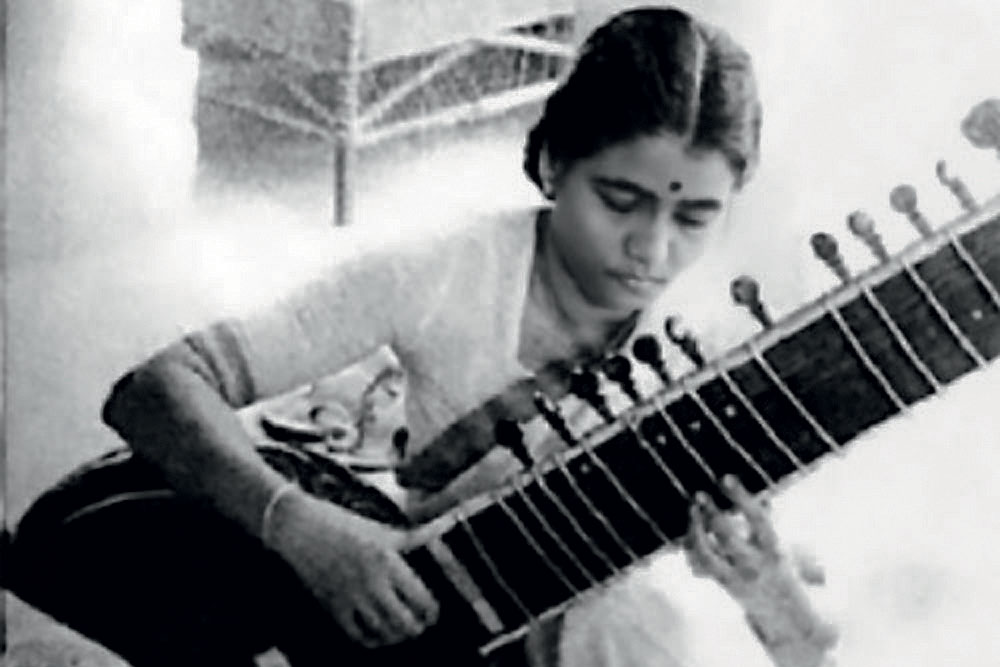 
IT IS PERHAPS a matter of coincidence that Atul Merchant Jataayu’s book, Annapurna Devi: The Untold Story of a Reclusive Genius (eBury Press; 288 pages; ₹ 699) arrives at a time, when, we, as a world, continue to grapple with the notion of freedom under constant threat. Even as we negotiate our way through lockdowns and isolation, finding ways to escape our homes for time outside, here’s the story of a maestro, who spent more than four-and-a-half decades, by choice, in a state of seclusion, almost like an ascetic, meditating on her music, and sharing it only with a group of committed students, a handful, among them, acclaimed artists in their own right.

“Truth is,” Merchant says, “there’s so much enigma surrounding her life and somehow, having spent quality time with her, as a student, I felt it was imperative to present her version, her side of the story in the most authentic way possible to the world.”

In Merchant’s own words, the book is an “anecdotal compilation” of the life of legendary musician, Annapurna Devi, daughter of Ustad Allauddin Khan of Maihar, sister of Ustad Ali Akbar Khan, and the estranged wife of Pandit Ravi Shankar. “I’ve merely attempted to piece together parts of a puzzle, her life that was, to allow readers a glimpse into her simple and magnificent personality whose foundation was music that was a potent mix of truth, rigour, resilience, patience, courage and conviction, and above all, beauty that sought no external validation.”

The book is like a bandish, a melodic composition in Hindustani music, with each composition in a raag and taal of its own. Breaking out of the linear narrative, Merchant brings Annapurna Devi to life through the many stories he tells us of her, and of the many people who were crucial to her narrative, segueing seamlessly into her past and present, placing the onus of chronology on the reader, choosing instead to tell each story with honesty, accuracy, and often, a sense of humour.

Not surprisingly, we learn in the preface that Merchant shared with “Ma”, “an equation that was unlike the others, who either remained silent in front of her or spoke what they presumed would please her. “I had been granted a license to speak freely and candidly to express my observations.” This admission, on the part of the author, is reassuring for the reader who may otherwise wonder if this is a book by a student deifying his teacher. “You see, I’ve not written this book to please anyone,” Merchant clarifies, “The book isn’t at all meant to deify her; she was a great human being, a supremely talented musician, whose story has been little heard or documented.”

For a student of music, Annapurna Devi’s is a story of eternal sadhana; as a seeker of a divine kind of truth in her music, the book sparkles with fantastic stories on Ma’s own training under the watchful gaze of her talented and strict father. Merchant’s simple storytelling allows the reader a near visual experience of many aspects of Ma’s life and her personality. For instance, her generosity of spirit in a chapter titled ‘Mysterious Benefactor’, her conversations on the surbahar with then Prime Minister of India, Indira Gandhi in the chapter ‘An Equation with Indira Gandhi’, her Zen-master like riddles in a host of chapters including one titled ‘Remove that Muffler’, so on and so forth.

The book also sheds some light on the early rumblings in Annapurna Devi’s marriage with Pandit Ravi Shankar, letting us be privy to Ravi Shankar’s many human frailties too. Patriarchy reveals itself as we read about a detailed account of their duet at the Madras Music Academy on December 31st, 1955. Seen through the eyes of Shakuntala Narasimha, we literally witness the performance, and the tragedy of how music like that was literally silenced by dominant male forces who saw it come in the way of their career and ambition: “Ravi Shankar clearly meant to lead, although it was a duet concert, but again and again, she outshone him, without fanfare, flamboyance or theatrics. I can clearly recall Annapurna seated on the stage, on his left, dignity personified, taking the musical presentation to great heights. She was not dressed in a flashy ‘pattu’ saree like all the other women who performed at the conference. Whether it was an aalaap, gat or tihai to arrive at the sam, it was she who carried the day.”

Not surprisingly, this story of the ego of the male artist who feels threatened by his supremely talented wife who has the potential to outshine him, resulting in marital discord, became the central plot for Hrishikesh Mukherjee’s Hindi film, Abhimaan (1973) starring Amitabh Bachchan and Jaya Bachchan. When Hrishida met Ma at her residence, we learn that she suggested that “unlike the real-life version, the film should have a happy ending, so as to not discourage women aspirants from pursuing a career in music”.

As a serious, life-long practitioner and a teacher who held rigour and discipline as the foremost guiding principles, the beauty of the book is also how it humanises Annapurna Devi, laying bare her virtues and vulnerabilities. In a chapter titled ‘Therapeutic Hostility’, we glimpse Ma’s equation with acclaimed flautist, Hariprasad Chaurasia. One of the anecdotes has Ma literally throwing the tanpura at him. “Hats off to him for passing the acid guru-bhakti test, signifying unconditional surrender to the guru. Calm and composed, Hariji gathered the pieces of the tanpura, placed them at Ma’s feet and kept staring at her. The pregnant pause lasted for a few seconds, and both ended up laughing aloud for several minutes.”

And yet, even though the book is populated by anecdotes, Annapurna Devi led a life of isolation. Battling several losses, including that of a child, she found refuge and solace in the strings of her sitar and the surbahar. She had her share of quirks and eccentricities. Thanks to Merchant, we learn of these too, but who doesn’t have these? It is these imperfections that add colour and character to this figure who could have enjoyed prominence in the world of the arts but chose instead to keep the doors to her life tightly shut. From 2010, Merchant and his guru bhais, students of Annapurna Devi, listened intently to her stories, made and exchanged notes, and that labour of love is this biography, which is fast paced but whose rasa, experience is long lasting.