On a Knife Edge

From Amitav Ghosh to Ian McEwan 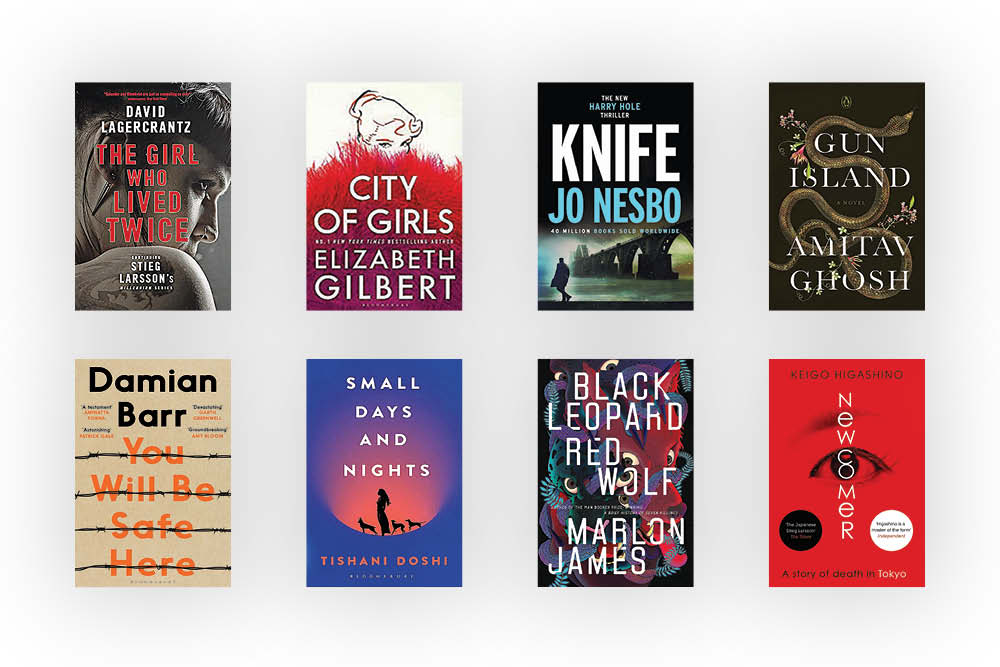 On a visit to his birthplace, Kolkata, a Brooklyn-based dealer in rare books finds his life becoming entangled with an ancient legend about the goddess of snakes, Manasa Devi. While visiting a temple, deep within the mangrove forests of Bengal, he has a disturbing encounter with the most feared, and revered, of Indian snakes, a King Cobra. This is followed by a series of uncanny episodes that seem to dissolve the borders of the human and non-human.

This is a story about a world in which creatures and beings of every kind have been torn loose from their homes by displacement. It is also a story about a man whose faith in the world is restored by two remarkable women.

Harry Hole wakes up with a ferocious hangover, his hands and clothes covered in blood. Not only is Harry about to meet an old foe but with his darkest personal challenge yet.

This is the second appearance in English of police detective Kyochiro Kaga, the protagonist of the author’s critically acclaimed Malice.

A Gujarat Here, A Gujarat There by Krishna Sobti, Translated by Daisy Rockwell (Hamish Hamilton)

Part novel, part memoir, part feminist anthem, a tale of Partition loss but also the odyssey of a spirited woman determined to build a new identity for herself on her own terms.

Drawing vividly from African history and mythology, Marlon James weaves a meditation on the nature of truth and power. Part of the Dark Star trilogy.

The Girl Who Lived Twice by David Lagercrantz (Hachette)

The sixth of the Millennium series, the crime fiction phenomenon featuring the girl with the dragon tattoo.

A coming-of-age epic stitched across the fabric of a lost New York.

The Fate of Butterflies by Nayantara Sahgal (Speaking Tiger)

A telling comment on what may happen when a country’s rulers try and wipe out chunks of its history, and marginalise a community on account of what happened in the past.

Escaping a failing marriage, Grace returns to Pondicherry to cremate her mother. Once there, she finds herself heir to an unexpected inheritance, a beach property in Madras, and a sister she never knew she had.

McEwan’s new novel poses fundamental questions. What makes us human: our outward deeds or our inner lives? Could a machine understand the human heart?

You Will be Safe Here by Damian Barr (Bloomsbury)

Set in South Africa, this novel explores legacies of abuse, redemption and the strength of the human spirit.

Insights into the restaurant trade, the moral and material world of Mumbai 25 years after liberalisation, and modern Indian life seen from behind the counter of a shop.

Tell Her Everything by Mirza Waheed (Context)

Tracing the story of a young Indian doctor in an unnamed city in the Middle East, this novel looks at medical and human ethics, and the corrosive nature of complicity.