Not a Pretty Picture

This exploration of Andaman and Nicobar will make the visitor wiser 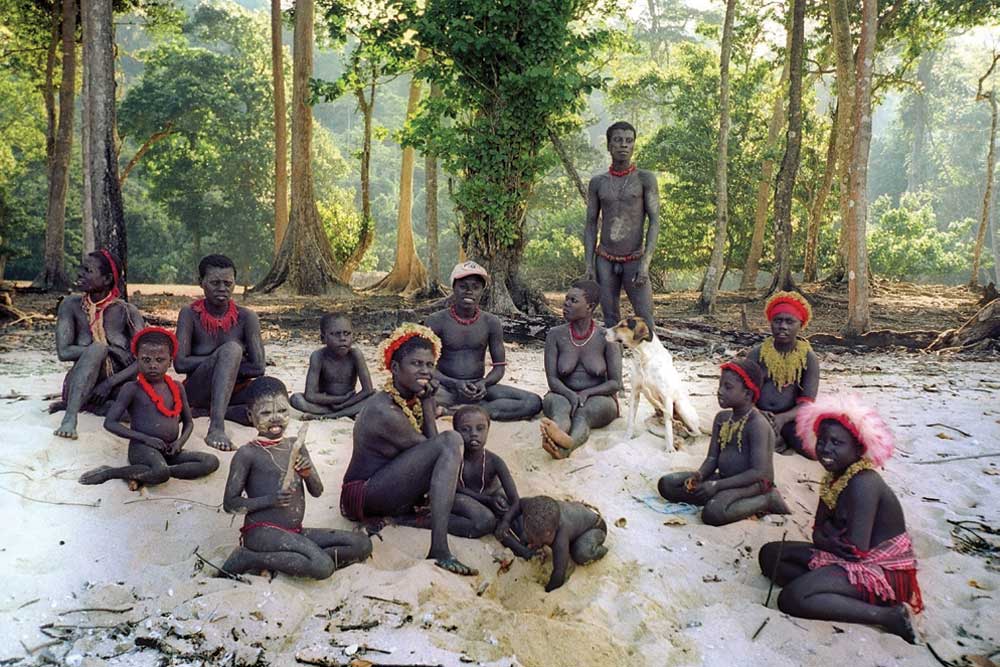 PANKAJ SEKHSARIA HAS been writing about the Andaman and Nicobar islands in the mainstream media for years now and in this book presents a collection of those articles—and a couple of academic papers. Put together, these provide the lay reader with a bird’s eye view of the state of affairs in these exotic and beautiful (and often marginalised) islands: the picture that emerges, alas, is often not pretty at all. The book has been excellently organised with section headings dealing with different issues and aspects.

‘Setting the Context’ does exactly that, giving us a background picture of what had been happening on the islands, followed by the legal cases involving various issues (like logging and the treatment of tribals). ‘Indigenous people’ deals with tribals—the Jarawa and Onge who have inhabited the islands for 40,000 years and now seem to be in terminal decline, and ‘Environment, Ecology and Development’ deals with the unique often endemic flora and fauna found on the islands. The final section, ‘December 2004’ talks of the disastrous impact of the earthquake and tsunami of that year—an event that put the spotlight on this troubled paradise.

Indigenous people all over the world—in the Americas, Africa, Australia and New Zealand—have faced much the same fate as the tribals of the Andamans: basically ruthless colonisation, expulsion from their land, exploitation— physical and sexual, the high risk of contacting diseases (like measles) to which they have no resistance and attempts by their ‘colonisers’ and even well-wishers to ‘develop’ them and bring them into mainstream society. In the case of the Andamans, the British were the first colonisers (and set up the notorious Cellular Jail there), followed unfortunately by us—from the mainland.

Should ancient tribal people be allowed to live ‘in situ’ as it were? How can their health and well-being be ensured? Should they be ‘developed’ so that they can enjoy the ‘fruits’ of modern ‘civilisation’? In the case of tribals of the Andaman and Nicobar islands—the Jarawas and Onge—it seems that these questions might end up being tragically irrelevant, given their falling numbers.

Of course, one of the main reasons why we are so interested in the islands is because of the wealth they hold in the form of their beautiful evergreen rainforests. Wholesale logging and plantation in the past has played havoc with the islands’ ecology—until it was stopped by the courts. But like everywhere else in the country, it’s the same old story of laws not being implemented and court decisions being ignored.

Another major threat comes from immigration (from the mainland) and unbridled tourism which force the islands to support a population far beyond their carrying capacity. (Port Blair suffers from an acute water shortage ever so often.)

Islands by their very nature are hothouses of endemism as species evolve quicker on them in order to fit snugly into special niches found there— and the Andaman and Nicobar Islands are no exception. Thus, they need a greater degree of protection—and more research to enable that.

Yet another threat emerges from the interest the Navy and defence organisations are showing in the islands, for instance by using uninhabited ones for missile target practice and the proposal to set up a nuclear power plant on them. The tsunami of 2004 devastated and actually physically tilted the islands— one disaster we can’t thankfully blame on ourselves. But as usual, recovery and rehabilitation have been woeful.

Sekhsaria writes about all these issues clearly and cogently, his information bolstered by tables and charts. The only thing I missed was a comprehensive map of the islands. But if you are planning a trip to this magical paradise, I would suggest you throw away your glossy brochures and read this book instead. You’ll end up a wiser, kinder, more empathetic and sensible visitor—the only kind the islands can perhaps afford to welcome.