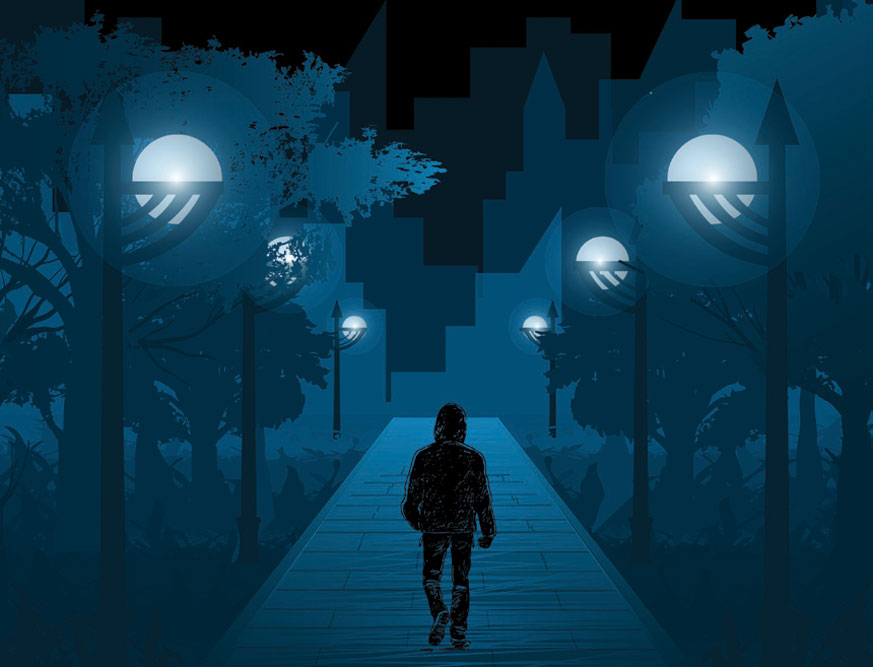 
IN THE EARLY months of the pandemic, the air was thick with hope that this transformative year would yield a reckoning of how to ensure urban renewal—to address the inequities that the new coronavirus had shone a light on, and to ameliorate the distress it was further piling on the more vulnerable among the working population. As part of this, could solitary walks be a good way to take stock of city life?

In The Walker: On Losing and Finding Yourself in the Modern City, Matthew Beaumont, a London-based professor of English, recommends the ‘pedestrian practices of, roughly, the second half of the nineteenth and first half of the twentieth centuries’. He does so through the writings and experiences of writers Edgar Allan Poe, Virginia Woolf, Charles Dickens and many, many more.

The case for walking as an individual and social good need not be made afresh, but Beaumont’s ambition is to explain how for these writers ‘the pedestrian’s experience’ is ‘of diagnostic value in their ongoing attempt to understand the ways in which capitalist modernity both alienates and oppresses people and, conversely, offers them unprecedented opportunities for escaping or transcending that alienation or oppression in creative, experimental forms’. They each serve as a model of ‘what it means to be a modernist of the street’.

There is, among the various models, the nightwalker. For Dickens, nightwalking was a way of dealing with loss after his father’s death in 1851. Unable to sleep, he’d get up soon after going to bed, and go out, returning home ‘tired at sunrise’. 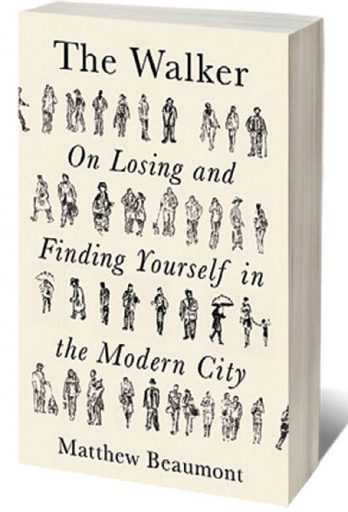 Dickens was evidently a great walker, keeping up a quick clip and ‘covering twenty miles at a time’, but in his night walks Beaumont gets a sense of wandering, which by its very nature must be less hurried. ‘The nightwalker’s ambition is to lose and find himself in the labyrinth of the city,’ writes Beaumont. It is to allow oneself to find different ways to observe one’s fellow human beings, to find a measure of kinship. ‘In the course of those nights, I finished my education in a fair amateur experience of houselessness,’ says Dickens in his essay Night Walks. ‘My principal object being to get through the night, the pursuit of it brought me into sympathetic relations with people who have no other object every night in the year.’

Or: ‘Are not the sane and the insane equal at night as the sane lie a dreaming?’

Nightwalking is also an act of resistance, writes Beaumont, as he takes up American science fiction writer Ray Bradbury’s short story ‘The Pedestrian’. The pedestrian is eventually hauled off to a psychiatric centre by a police car that remains unconvinced that a person can be wandering around on foot at night just for the sake of walking instead of being at home like his fellow city-folks watching television.

The origins of this distrust of the nightwalker, explains Beaumont, was the ‘nightwalker statute’ dating back to the late 17th century, that mandated that ‘all Night Walkers’ be asked to give a reason for being out and about. The story, in fact, drew on Bradbury’s own experience of being stopped in
Los Angeles ‘for walking at night, for being a pedestrian’. And Beaumont quotes a biographer of Bradbury as saying he ‘had come to see the pedestrian as a threshold or indicator species among urban dwellers—if the rights of the pedestrian were threatened, this would represent an early indicator that basic freedoms would soon be at risk.’

In turn, today’s pedestrians too must, among other things, understand how they put their attentiveness at risk by the distraction of our age, the smartphone. Writes Beaumont: ‘…it insulates the individual pedestrian from the sensorium of the city, impoverishing their everyday experience of its physical and social life by funnelling their attention through the screen.’ In other words, look up and just wander.