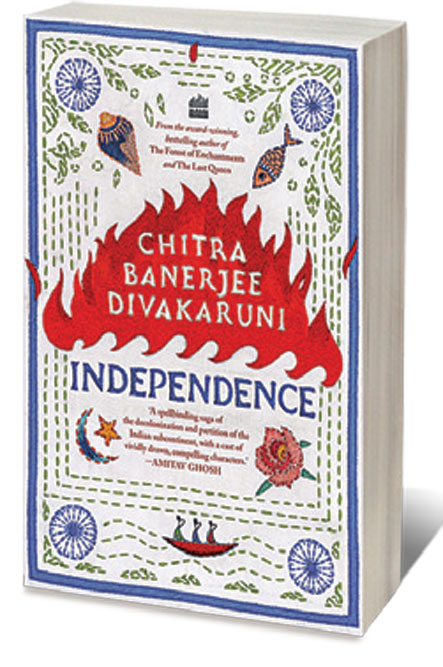 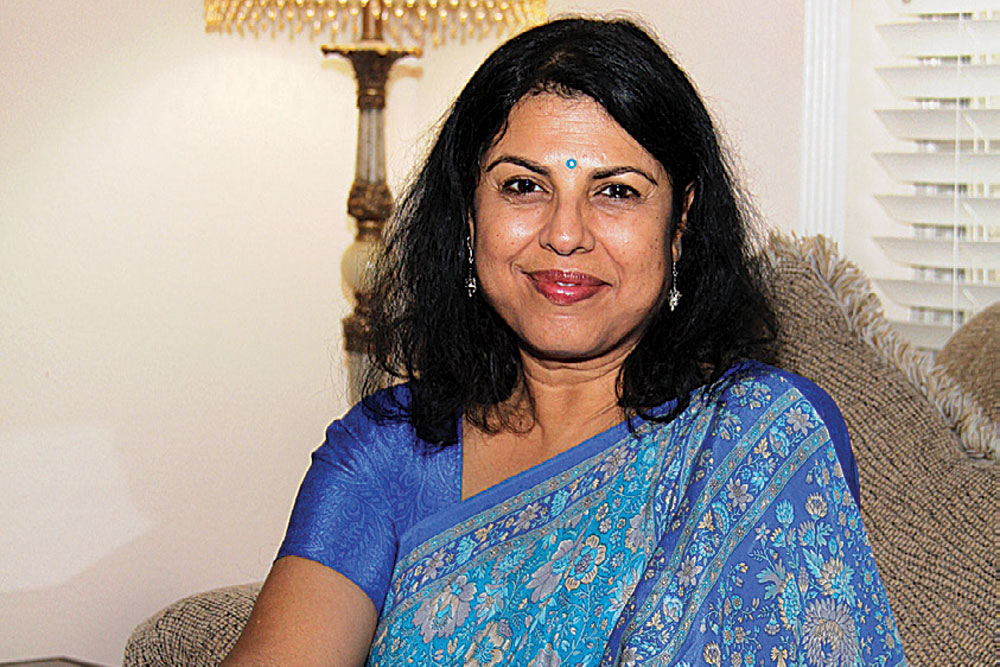 
IN 1946, WITH World War II over and Indian independence finally on the horizon, Indians were beginning to dream of a country truly their own, where the racist and arbitrary dictums of British administrators would no longer apply. Where equality and fraternity would mean true freedom for all Indians; where a woman would not be looked down upon for wanting to study medicine, and a young couple would not be derided simply because they happened to be of different faiths.

But the road to Nehru’s ‘tryst with destiny’ was fraught with anguish and anger, stained with the blood and tears of millions. Thousands lost their homes, their possessions, their dignity. Even in a land like Bengal, where Nazrul Geeti and Rabindrasangeet, Bon Bibi and the worship of pirs had long been a reflection of the region’s syncretism, hatred and fear became the order of the day.

Chitra Banerjee Divakaruni’s Independence is set in this Bengal: in a village named Ranipur, there lives a doctor, Nabakumar Ganguly, with his wife Bina and their three daughters, Deepa, Priya and Jamini. Deepa, luminously beautiful; Priya, ambitious and forward looking, dreaming of being a doctor like her father. And Jamini, crippled by a leg that’s too short, relegated to being the ‘good girl’ who sits at home and helps Bina with the housework or with embroidering kantha quilts.

Each chapter in Independence is told from the point of view (though throughout in third person) of one of these three sisters. The narrative begins in August 1946, and continues over the next year-and-a-half, moving between Ranipur and Calcutta, then further afield to Dhaka and far beyond, to America. The sisters find love, follow their dreams, step out of the sheltered, protected environs of their Bengal countryside home. As violence erupts in Calcutta, they try to deal as best as they can with their suddenly changed circumstances. Then, as hatred grips Bengal even more fiercely, with—a year later—the Partition, they are forced to take even more painful decisions.

Tough decisions, dilemmas: these are two of the pivotal aspects of Independence. Banerjee Divakaruni’s heroines find themselves pulled between love and duty, heart and mind, ties of blood and ties of the soul. They do not always take the best decision or the most altruistic one; often they are impulsive, often driven by selfish concerns—but invariably believable. This is one of the things that stand out most vividly about this novel: the protagonists are three-dimensional, their thoughts and emotions understandable, their fears and hopes palpable and real.

Banerjee Divakaruni deftly draws the backdrop to the story of the Ganguly women: the Bengal of the late 1940s, its social fabric now rent by schisms. A land where prejudice and fear grip the populace, but where there is, too, the occasional hope held out by people who will still be ruled by goodwill and the idea of a universal brotherhood (or sisterhood). Interwoven with that are fleeting glimpses of a larger canvas, a wider world: newly independent East Pakistan, trying to hold its own against its larger and more dominant western counterpart; India as a whole, with Mahatma Gandhi, Jawaharlal Nehru and Vallabhbhai Patel struggling to unite a scattered land; faraway America, land of hope and land of dreams, but with its own prejudices, its own problems.

Independence is a story of women struggling to hold their own in a world pitted against them. A story of anger and hate, versus forgiveness and compromise. It is both a story of individuals and of a people, an insight into one of the darkest periods in modern Indian history. It is about love, the love between sisters, between parents and offspring, between lovers. In its climax, it is a tense and nail-biting adventure. It is finally an absorbing and well-told story.