My Punjab, Their Punjab 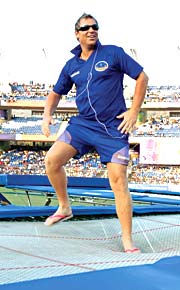 
Twenty years ago, at a university abroad, I became well acquainted with an orthodox Sikh, a computer science student. He had studied engineering in Maharashtra, where he had come under attack after the events in Punjab. It left him an ardent Khalistani. His vision was of a state ruled by orthodox Sikhs, according to Sikh principles, where Gurbani would be played from street corners at five in the morning. I would mock him. If ever Khalistan became a reality, I would tell him, it would be run by landed Jutt Sikhs, drinking their fill, tearing into their tandoori chicken, their trimmed hair concealed under a turban.

I had reason enough for this assertion. Something similar had played itself out on the other side of the border in Pakistan. Both these ideas—Khalis and Pak are synonyms—sought a self-professed land of the pure, carved out from India in the name of an orthodox faith. Pakistan, of course, is no figment of the imagination, and the creation of the orthodox has indeed become the fiefdom of rich Punjabi landlords.

Much like the Jutt Sikhs of my imagination, Aatish Taseer’s father, Salman, has not allowed his appetite for pork and whisky to stand in the way of professing the faith. Salman, now Governor of Punjab, met Aatish’s mother, Tavleen, on a visit to India in the late 1970s. A son was born, the relationship broke down and Aatish grew up in India among Sikh cousins. He went on to live in London and write for Time.

His background tantalisingly mirrors the life of Daniyal Mueenuddin, who was brought up in Lahore and Wisconsin, and now lives on a farm in Pakistan’s southern Punjab. In interviews, he refers to his Pakistani father and American mother. In some ways, Daniyal and Aatish seem to have lived out two different destinies for the same man. Daniyal is his father’s son, heir to his identity as a landlord and a Muslim. Aatish is denied this patrimony, neither quite a Muslim nor a Sikh. This difference is reflected in two different books that end up looking at the same place—their fathers’ land.

Daniyal’s book of short stories takes his father’s Islam for granted and delves into the rural world of feudal Punjab, the world of his farm. Aatish, perhaps perforce, has no choice but to address his father’s faith. It is, as he describes it, a son’s journey through Islamic lands.

Aatish starts his journey in Turkey, heads through Syria to Iran before reaching Pakistan. Early on, he comes across a formulation of Islam that is immutable and perfect, set against an ever-threatening ‘world system’. He learns that for the orthodox, the two systems cannot co-exist. ‘I think that Muslims have to be at the top, at the centre of the system. We have to determine all the things in the world, otherwise we won’t be free ourselves.’ This statement is born out of the circumstances in Turkey, where political Islam is constrained by secular fundamentalism, but has sought realisation elsewhere. Some of the best portions of the book unfold in Iran as Aatish sketches the tragedy of a nation where partying can be a political act of defiance and taking a dog for a walk is fraught with danger.

In Pakistan, Aatish is told it is not enough to have Muslims at the top. ‘Pakistan was made in the name of Islam. It had to be a role model for the rest of the Islamic world… but it was turned into a contradiction by our political elite…Our political elite was such that it never thought of anything but its own vested interest.’

The idea of a role model is coming back to haunt the political elite that Daniyal portrays so brilliantly. His stories are of a Punjab where feudal certainties remain unchallenged. Within this world, different characters live out their lives in the small spaces allotted to them. The landlords and their feudatories interact only in passing. Each within the confines of their world seeks the limits of their ambition. A maid finds solace in the company of an old family retainer, only to be left bereft after his death. A woman from a family in decline manages to become the second wife of a landlord, only to be shown her place after his death. And the petulant daughter of the very rich—who runs through London, ecstasy, blow jobs and boredom to a man who is young and educated but still a landlord—finds that her space is as constrained, her choices as limited.

Oddly enough, the stories and the writing evoke another time in India, a world that Tagore or Premchand could have written about, but a world that no Indian writer can now conceive of since it no longer exists. In India, the rooms are being ripped apart. It is not that misery does not exist, but no one is content to be confined in this way.

It is this world that men like Salman inhabit without seeing a contradiction between Islam and their feudal authority. For long, Islam, like other religions elsewhere, had brought stability to this feudal set-up. With no hope of change, those at the bottom of the feudal order found solace in the local mosque, the mullah himself a feudatory. Over the past few decades, the political Islam that Aatish encountered in Turkey has found space in Pakistan’s mosques. With its ambition of determining ‘all things in the world’, it directly challenges the feudal order. The adventures in Kashmir and Afghanistan are convenient, if not necessary. For two decades, they have diverted attention from the growing contradictions at home. But, finally, the contradictions have come home.

The contrast with Punjab in India could not be starker. Landholding patterns were different to begin with and the Jutts who came to Sikhism had already demolished the hold of Muslim Rajput landlords. But it took real land reforms after Independence to ensure the feudal order’s decline. In the Punjab where Aatish ends his journey, none of this has taken place. Instead, the political Islam he has tracked is knocking at the rooms Daniyal writes about.

These two books offer little reason for hope, but there is much to admire in the clarity and honesty of the writing. Aatish’s critical eye and unpalatable conclusions are as difficult an attainment as the grace of Daniyal’s writing. Evidently, bad times make for good literature. The combination of a society teetering at the brink and an elite that can afford the luxury to write has given birth to books such as Daniyal’s, far removed from the works of Indian authors located in a professional middle-class. But they need to be complemented by an outsider’s view, such as Aatish provides.

I can only step back, relieved that my Punjab has been saved from a similar fate by its location in the larger context of India, albeit with no little envy for the writing that we don’t have.