Was the gruesome killing of historian Papiya Ghosh linked to the book she was working on? We may never know, but we can now at least read her book 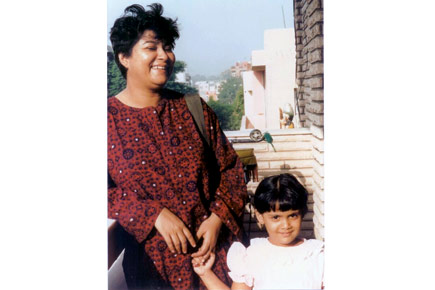 Was the killing of historian Papiya Ghosh linked to the book she was working on? We may never know, but we can now at least read her book.


It may seem a strange coincidence that historian Papiya Ghosh was murdered on the same day as her father was 49 years ago, but it is not the only strange thing about the murder of Papiya and her housemaid, Malti Devi. The two were brutally killed on the night of 2 December 2006 in Patna. Malti Devi’s intestines were laid out on the bed, Papiya had first been blinded and then stabbed 33 times. Why would five men just trying to burgle a house kill so heinously, as though they had scores to settle?

Two years later, the five men were convicted, two of whom, Sanjogi Rai and Mustaqim, are still absconding. Once the Patna police recovered the stolen goods, they said it was nothing more than burglary. Her sister, Tuktuk Ghosh, a West Bengal cadre IAS officer, has since been appealing to the Bihar government for justice, and also spearheading a trust in Papiya’s memory. Those who grew up reading the Junior Statesman in the 1960s remember Tuktuk and Papiya as regular contributors.

Papiya taught modern Indian history at Patna University. She was a leading historian of Bihar and of India. In her early years of scholarship, she worked on the civil disobedience movement in Bihar, and then on the formation of political Muslim identity preceding Partition. Her research has also included work on Dalit Muslims, and on the Bihari Muslim diaspora, including Muslims who migrated to Pakistan during Partition but returned. Why would such harmless historical research invite murder? Right, but then why did Routledge, the publisher of the book she was then working on, also get an anonymous death threat?

For a historian, Papiya’s life was shaped too closely by the history of our times. Her father was a senior IAS officer and his murder in 1957 was widely regarded as a political murder. Papiya moved to Delhi in 1975 for her MPhil and PhD as Patna University was indefinitely shut because of Jayprakash Narayan’s agitation and the ensuing Emergency. She taught in Delhi University for two years but moved back to Patna to be with her mother, but also because she felt she should live with the people whose histories she wrote. She achieved academic fame and fellowships and published books, choosing to stay on in Patna despite the collapse of the law and order machinery around her, partly because the housemaid who had worked with the family for 40 years, Malti Devi, was too old to move to Delhi.

Among the recovered goods was her laptop, which contained a finished manuscript. Routledge will release the book, Muhajirs and the Nation: Bihar in the 1940s, at a memorial function at the India International Centre in Delhi on 8 October, which would have been Papiya’s 56th birthday. The occasion will also be marked by a conference on recent research on Bihar and Jharkhand.