Modern Marriages in Mumbai: The Unfulfilled Lives of Others 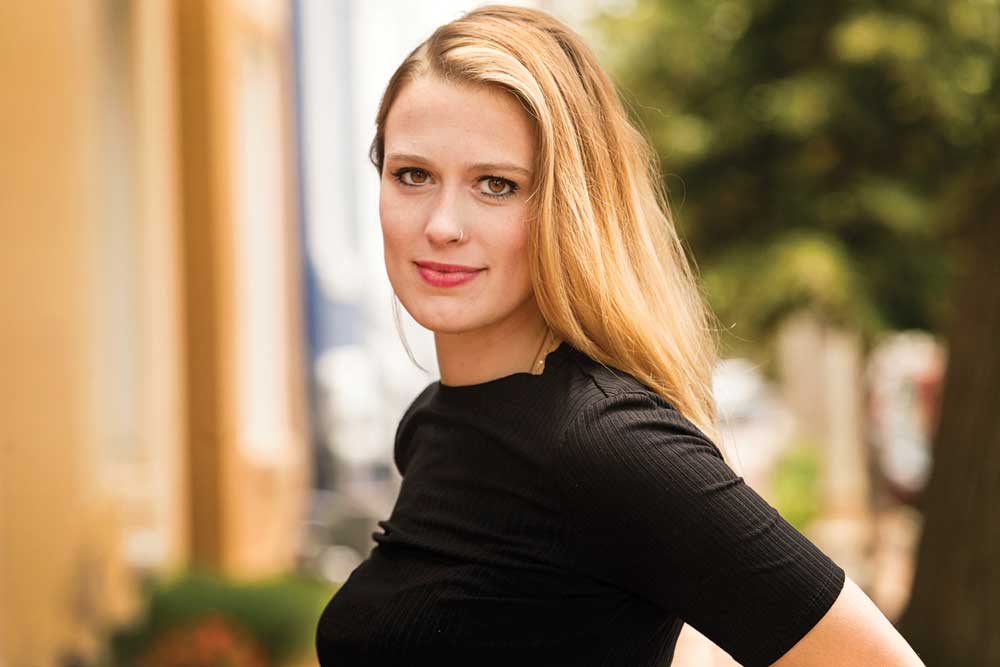 TAKE THREE COUPLES, prise apart the veil of their married lives, churn out what lies beneath and what you get is reaffirmation of the absence of enduring happiness. Elizabeth Flock’s non-fiction book, Love and Marriage in Mumbai (Bloomsbury; 319 pages; Rs 499) , presents us this picture and it is a somewhat disturbing account. All relationships are doomed because the apogee is reached early and from then on it is merely habit and memory. Flock’s subjects start with yearnings, fruition, hope, fresh beginnings but the journey inevitably leads to the ennui of life. No one ends fulfilled because such fulfilment does not exist. Flock shows this without opinion, just plain rigorous documentation spread over a decade.

The three couples span different ages, stages of marriage, religions, castes and backgrounds. Maya loves Veer and rebels against her conservative Marwari family to marry him. Shahzad and Sabeena, the oldest, have traditional Muslim arranged unions, while Tamilian Brahmins Ashok and Parvati, the youngest and most recently married, come together through an online matrimony site. These names are pseudonyms and identities carefully hidden.

Flock’s subjects came by happenstance because when she first met them, this book was not in the picture. In 2008, at the age of 22, after having graduated in the US, she moved to Mumbai wanting to work in the film industry because of a fascination with Hindi movies. “I was a kid and had no idea what I was doing. I had a few interviews and they kind of laughed me out of the room. I ended up instead getting a job in a business magazine. At the time, I was staying with a lot of different families because I couldn’t afford an apartment. They started sharing stories of their lives and marriages. I got really interested and started journalling about it,” she says.

Flock left Mumbai and half a decade later, in 2014, came back with the book in mind. Among all those she had become acquainted with, the stories of these three couples had resonated the most with her. She sought their agreement for the book and began to interview them formally. “They showed me the most about Mumbai, about India, about how things were changing. How sweeping social and cultural changes were affecting individual people. They were also people I cared and wanted to know more about,” she says. Flock stayed with them turn by turn. “I would travel, go to work with them, meet their in-laws, be a part of their lives as much as I could,” she says.

The book ventures into the forbiddingly private. For instance, after their marriage starts collapsing, Maya has an affair and her lover becomes a regular in the household with the knowledge of Veer. There is Maya’s sexual abuse as a child and her inability to tell Veer this. Shahzad is unable to have children because of a low sperm count, but becomes obsessed with being a father, leading to frequent visits to quacks and sexologists. Ashok makes humiliating attempts at getting a match online, prodded on by an eccentric father. Parvati falls in love with a Christian in college but her vacillation results in losing him and makes it difficult for her to adjust to marriage. All these stories are drawn out intricately. Maya’s affair with Subal, a vendor of online personalised clothes, is traced from the very first message she sends him while seeking to purchase a gift, to casual chats online after she receives a new phone, to unsure trysts (‘he typed a message: Should we meet?’), sex and their break-up.

Women are gaining more agency and independence, and yet in some ways there are really entrenched attitudes. That doesn’t mean it is all bad. I don’t see these stories as deeply unhappy stories. Just life that is difficult and you find your way through it

Flock’s subjects opened up to her so uninhibitedly because of the extensive period she spent with them—the value of a long-term non-fiction project. It also helped her understand the forces that impel them. Like Shahzad, who at first doesn’t talk about his virility issues and then lets open the floodgates in one interview. “He hadn’t had anyone to talk about it before. Once he did, he had a lot to say. Others were more difficult. I didn’t understand why Veer often came home late from work and wasn’t really around (for family). I remember one drive that we had to his factory in which he explained to me about losing his mom and the other Maya (an earlier failed relationship with a namesake, a reason why he perhaps married this Maya), how difficult that was, and I finally understood why he felt so much pain. That was after eight or nine years of knowing him. If I had stopped before, I wouldn’t have gotten that,” she says.

THERE ARE LIMITATIONS to such a book. Flock often writes about what people are thinking at points of time in the distant past. Consider this paragraph about a failed date that Ashok has with a girl before marriage: ‘After she was gone, Ashok’s mind ran. Who would give a bunch of flowers to a girl, take salsa lessons from her, and then that very same night break up with her? I’m freaking out. I should call my father.’ Or when Shahzad has come to Sabeena’s house to see the prospective bride and she does not look at him. ‘I have no choice, Sabeena thought to herself, so why should I look? But Shahzad saw what he thought was the trace of a smile. So she’s got energy, he thought. He is from a rich family, Sabeena told herself, as she tried to hide her expression. So even if I have to leave my family, my future is secure.’ This little scene is happening in the early 1980s and being recounted to Flock 30 years later. But how can they be sure of their thoughts then? Flock accepts that might be the case. “Half of this book I was there for, the other half I was not. That came from reconstruction by doing interviews with the people who were there. But I am under no illusion that everything is exactly as they said it was. These are memories of their lives. As much as I could, I asked multiple people who were there what was said. I tried to use the help of photo albums, medical documents, diary entries, Gmail chats, text messages and all of that stuff. I want to be clear to readers that this is not a factual depiction of everything exactly as it happened. That is impossible.”

The three couples showed me the most about India, about how things were changing, how social and cultural changes were affecting individuals

When the memories of two people couldn’t be reconciled, Flock just put it down as ‘Maya remembers this way, Veer remembers differently.’ Sometimes the same person would give her different versions of an episode in their life. When Ashok first told Flock about his sexual abuse, it was as a traumatic horrible thing. “And then when I interviewed him about it again many years later, he was like ‘Oh that was no big deal, that is something I barely think about.’ In those cases, I tended to go with whatever someone first said because memories get worse over time and you often rewrite them to make things less bad than they were,” says Flock.

She gave them the book to read before it was published in India and the opportunity to make changes. She didn’t want them to be upset after it came out. Their responses differed. “Ashok joked he wants to know who is going to play him in the Bollywood movie. Parvati at first was worried about her identity being found. But then she said she was glad her story is out there and hoped that it would touch other people, like women who didn’t get married to the person they wanted to,” says Flock.

Love and Marriage in Mumbai is a portrait of the existential emptiness that relationships seek to fill, and that is universal. But it is also exacerbated by this particular period in India where power structures and family institutions are being challenged. When Maya’s in-laws try to straitjacket her into submission to the joint family, she easily breaks away, taking Veer with her to another house. When Shahzad tries to put all his savings in a foolish scheme, Sabeena coolly takes the money and goes to stay with her parents until he changes his mind. “Women are gaining more agency and independence, and yet in some ways there are really entrenched attitudes. That doesn’t mean it is all bad. I don’t see these stories as deeply unhappy stories. Just life that is difficult and you find your way through it,” she says.

Readers in Mumbai or India shouldn’t be surprised at these stories. They are all around, if you just decide to look for them or even pick your memory. It is precisely their commonness that blinds us to the extraordinariness of these relationships. Flock’s book brings back that wonder, even if there are no happy endings.