Don DeLillo is perhaps at the height of his powers, using less and less to say more and more about life in contemporary America. 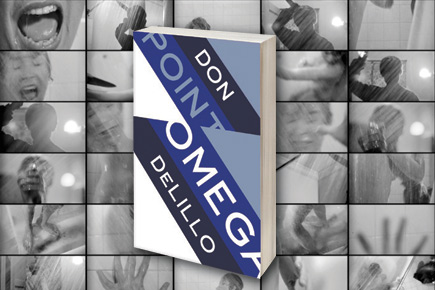 Don DeLillo is perhaps at the height of his powers, using less and less to say more and more about life in contemporary America.


Along with Thomas Pynchon, Don DeLillo has to be the most significant chronicler of contemporary America’s life and times. Both men go below the surface of things, and with an almost excruciating subtlety, navigate and signpost the undercurrents and sub-texts of the Land of the Free and Home of the Brave. DeLillo’s last novel was the delicate Falling Man, which examined the aftermath of 9/11 through silence and gesture rather than through bombast and rhetoric. His new book, a mere 117 pages, continues in that vein, saying more through the silences and absences of its characters than through their words and actions. Spare, rather than sparse in style, tone and location (both physical and emotional), DeLillo may well be at the height of his powers, evoking enormous canvases and personal upheavals with a minimalist elegance that is astounding for its control as well as audacity. In this graceful moment, he resembles no one more than JM Coetzee, who is also using less and less to say more and more.

Point Omega apparently concerns itself with the relationship between two men, the older man, Richard Elster, being a former war advisor whose intellect has expanded well beyond his formal expertise, and the younger, Jim Finley, a filmmaker who wants to record Elster’s increasingly philosophical insights into the nature of time, space and, ultimately, human consciousness. Finley follows Elster to his home in a vast and undefined desert, and while he is there, Elster’s daughter comes to visit. Jessie is elusive, almost a wraith in her unwillingness to inhabit a world bound by time and space and form.

The central tension of the novel, which is the relationships that expand and contract between these three, living at the very edge of the world as we know it, is bound by a first and a last chapter located in the muted darkness of an art installation where Hitchcock’s Psycho has been slowed down to run for 24 hours.

There is a single event in this slim book that allows for other shadowy characters to seep into the story. But they remain marginal, throwing into sharper relief the insubstantial ephemerality of the relationships between Elster, Finley and Jessie. Beyond this fragile constellation of contingent human interactions, the desert simply exists: amorphous, where time and space have become themselves, unmarked and uncounted. It acts as a screen that merely reflects the existential moments that Elster, Finley and Jessie embody before it, but it is, simultaneously, a backdrop that reveals the limits of our consciousness about ourselves, each other and the world we have created.

This is not an easy book to read but the effort is more than worth it. For what DeLillo is examining here is who we are and what we can become. This is a novel of hope as much as it is one of despair, and in being so, it is, more than ever, a novel of our times. Whether or not we live in ‘America’.