In Madhulika Liddle’s ‘historical’ crime novel set in Shahjahanabad, the most brutal murder is that of the Urdu language. 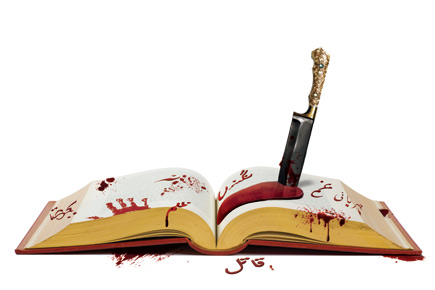 In Madhulika Liddle’s ‘historical’ crime novel, the most brutal murder is that of the Urdu language.


I read the reviews before I read the books. Almost universally, it was described as a ‘historical’ crime novel. ‘Historical’ for the way in which it evokes ‘the nuances, the manners, the Persianised Urdu and the cuisine’ of the Mughal era. Wondering at the easy classification of such things as historical, I went into my dadi amma’s khilvat (private living quarters), said an adab and asked if I could have a paan from her paandan. Then, chewing upon the matter, I decided that I must read the book for myself.

Madhulika Liddle’s The Englishman’s Cameo is a murder mystery set in Shahjahan’s Delhi. The story is about a young aristocrat, Muzaffar Jang, of eclectic tastes and unconventional ways, and his friend Faisal who is accused of murdering a nobleman of dwindling fortunes. Muzaffar sets out to investigate the crime to prove his friend’s innocence and the quest takes him to a number of interesting characters and places: the reader encounters a kotwal, a grumpy jeweller, an old boatman, a jealous lover, beautiful courtesans, qahwa khanas, and a cremation ground among many other things. In all this, the text is rich with descriptions of Shahjahanabad and the contemporary society. Admittedly, this is ‘historical’.

This historicity is challenged once, though. A perceptive reviewer (Hindustan Times, 4 December 2009) writes: ‘But I wonder if the rough-and-ready Mughal Kotwals would have deigned to investigate murders with as much care as they do in this novel. Farid Khan is, if not Adam Dalgleish, less cavalier in his investigations than Lestrade. I wonder how much historical basis there is for that.’ I am sure she has had a bad experience, or at least knows a friend who did. Those were rough times between the end of the ancient golden age and the dawn of the modern Indian nation.

However, to read the novel simply as an interesting murder mystery or even a fascinating representation of Shahjahan’s Delhi is to do it great injustice. Such a superficial reading of the text as simply young Muzaffar’s adventures overlooks an extremely exciting literary device the author employs; in this, the violence of the Shahjahanabad murders finds a parallel in the merciless hacking of Urdu by the author.

It is impossible to express with any measure of adequacy the scale of moral chaos and feelings of outrage and helplessness among the residents of Shahjahanabad caused by such rampant and wilful murders in their city. Words have lost their meanings; they cannot say just what they mean.

So, the subjects of the Mughal court refer to their emperor as ‘Maa badaulat’ (literally, by our grace), an epithet that can only be used in the first person—by the emperor in reference to himself. This apparent syntactical ignorance is actually a clever literary device that suggests a number of things: the psychological tensions in court and in society, republican aspirations, subversion, resistance, and more.

Then, throughout the book, the characters say omrah, when they mean one, single nobleman. The reader who knows that omrah is actually the plural of one, single ameer will immediately realise that Liddle is trying to gently veer her readers towards concerns deeper than that of a mere murder mystery. Liddle’s seemingly normal characters are, in fact, struck by a sublime linguistic madness; one that could have only been engendered by a deep moral crisis at the heart of their society.

A conversation between Akram Khan and Muzaffar Jang serves well as an example of how cleverly Liddle plays with language. When the otherwise excitable Akram Khan encounters, in quick succession, the shock of Mehtab Banu’s murder, the anguish of a jealous rage directed at his lover, and the horror of having apparently caused the Kotwal’s brother-in-law’s death (discovered later to have only fainted, thankfully), all this followed by a distressing foray into the dark underbelly of medieval society after which he is subjected to a narration of Muzaffar’s rather unconventional list of favoured pets (insects, praying mantises, a palm squirrel among others; for more refer to page 140), Akram is driven to a level of trauma that his vocabulary cannot possibly express.

Instead, he purges his feelings by twisting meanings of words he does know: ‘Like Maa badaulat’s father, Jannat Makani? I like some of those paintings he commissioned’ (page 141), he says, referring to paintings of birds commissioned by the emperor Shahjahan’s late father. This translates literally as ‘Like by our grace’s father’, which is clumsy. In terms of usage, it translates as, ‘Like my father’, which is incorrect and presumptuous. It’s the equivalent of a 17th century Englishman referring to Charles the First as ‘my’ rather than ‘his’ majesty.

In an interesting contrast with Humpty Dumpty and Alice, Akram’s absurd usage of words does not bewilder Muzaffar. He too is experiencing much the same despair. Muzaffar’s innocent friend has been imprisoned for murder and Muzaffar himself has only narrowly escaped death. Two murders have been committed (so far), and his encounter with Akram’s beloved has stirred memories of unrequited love. It is here that the authorial voice intervenes, pausing only to allow a smile to flit across Muzaffar’s face and give him temporary respite from his worries, before explaining that a consignment of carved rosewood furniture the two men have just come across is meant for ‘a fashionable omrah’s house’ (page 143), thereby matching Akram’s cathartic mutilation of language.

Such seemingly haphazard editing is only in the service of the larger purpose of the text of The Englishman’s Cameo, however, and its casual murder of the Urdu language—a cathartic means to give expression to societal horror. The author’s empathetic involvement, moreover, lies in much more than her knowledge and understanding of the nuances of Shahjahanabad’s culture, society and language; for example, in the detailing of embroidery patterns on her characters’ jamas.

However, more than in mere descriptions of Shahjahanabad’s milieu, the author’s involvement lies in her frequent assault on the Urdu language as a means to liberate hapless characters caught in the malevolent machinations of a merciless murderer in their midst.