This is the first of three novellas based on Indira Gandhi’s assassination and its repercussions. An extract 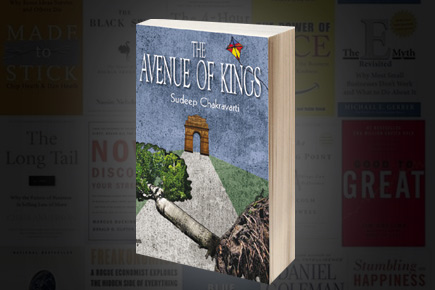 This is the first of three novellas based on Indira Gandhi’s assassination and its repercussions. An extract


The Sikh boy-man was screaming. “What have I done?” he kept asking over and over as he ran.

“Nothing. The gods look after you.” Veggie Man continued his murmuring in Hindi. “You made the mistake of being born, the same as me. Behnchod, tu toh mara.”

“Behnchod toh mara,” agreed a policeman—the sisterfucker was indeed dead. He and his colleagues had left the jeep to come over to our side, crossing the median. We found more people around us, some from a few stopped cars, probably with passes, and stray pedestrians. The houses that overlooked the park came alive with people peering from higher windows and rooftops. The lower windows and gates stayed shut. (…)

Surdie tripped over a speed-breaker just before the service lane that ran along Def Col flyover and went sprawling. He landed on his face. Before he could get up, the mob started to beat him with hockey sticks, iron rods and spanners and kicked him. They then got a better idea and made him kneel.

“Maafi maang, Sardarji,” someone in the crowd below yelled. I wondered why they hurt him and yet called him Sardarji, the polite form of address for Sikhs. It seemed like the Geneva Convention: nobody stopped you from killing if you went about it nicely.

Others took up the chant. The boy folded his hands and sat, gibbering. Long hair covered his face.

Then, another in the crowd, in a tracksuit and sneakers, caught hold of his hair and yelled, “Cut it off .”

That became a chant, till a large kitchen knife produced by another, still in his nightclothes of plain white kurta and pajamas, raggedly chopped off the Sardarji’s hair. All then returned to the old chant about forgiveness.

“The chootiya is not asking to be forgiven,” Veggie Man remarked softly.

“The chootiya is not asking to be forgiven,” the officer agreed. He shouted down to the crowd: “Ask him what he does.” The crowd went quiet. Then someone shouted back. “Doctorishocktori.”

“Achcha, so he works with his hands,” the police officer said. (…)

The crowd took the cue and, in a flurry, the man’s hands were tied with his turban and then yanked outwards. Someone conjured up a white plastic jerry can, looked like five litres or so. It had blue kerosene. It was poured over his hands and then someone lit a matchstick. The crowd moved back a bit to safely watch the show.

He next screamed for his mother. Then his mouth just stayed open and he didn’t scream any more, like there was no more oxygen to fuel it; all his confusion and pain had been used up and he was dead-dry inside.

I puked then, screaming something unintelligible, but taking care to puke over the concrete railing of the flyover so my only striped shirt and khakis wouldn’t get soiled and Mr Sanyal at the trade fair grounds wouldn’t send me away and cut a day’s pay, the cheapo. (…) “Who has he killed?” I was sobbing, puking—who knows, maybe pissing. “His kind have killed the Prime Minister,” he replied calmly. “Now they will look down when they walk, the gandus. Showing off with their money! They want their own country? Khalistan is Khallastan.” (…)

Surdie-boy rolled around, moaning horribly. The movement had put out the fire. His hands were blackened claws and his clothes and beard were singed. The crowd moved back as Kerosene Man came forward and gently dumped some more blue on the guy like it was a friendly barbecue. Another, only a kid, lit a newspaper twisted like cheese straw and threw it.

As Surdie-boy fireballed, I ran screaming down the flyover, past the huge open sewer and the crematorium, all the way past Lodhi Hotel, the National Association for the Blind, the church with its freaky chalet-style cutaway roof, and slowed down at the junction of Oberoi Hotel and Delhi Public School to avoid being run over by a white Ambassador with a red light on the roof, the favoured colour of all pols and their safari-suit clad, bureaucratic arse-lickers. The car slowed, screeching rubber. It was being driven by a white-clad chauffeur. At the back, there was this guy wearing a tweed cap and sports shirt and jacket. He shouted at me, calling me a bloody fool. That freaked me even more.  (…)

I ran out of steam. I had a major headache that wouldn’t go away and, after a while, I sat on the pavement under one of those big trees on Mathura Road, near Sunder Nagar Market. Everything was shut. I hugged myself, feeling naked. The tree by me was a jamun. It had its Latin name in neat white letters on a small bit of metal nailed to the bark.