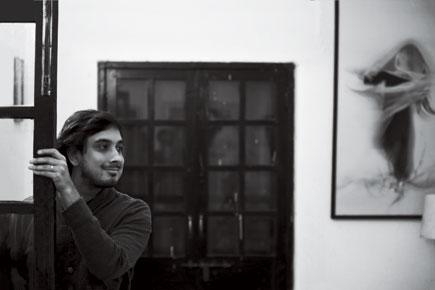 It is the nature of blurbs to simper, effuse and oversell. But when the book jacket of Swimmer Among the Stars (Aleph, Rs 499, 188 pages) proclaims ‘the arrival of a blazing new talent,’ you’d be the wiser to believe it. Kanishk Tharoor’s new collection of short stories is gentle in voice, majestic in imagination and assured in craft. These aren’t stories that you read, enjoy and cast aside. Rather, these are the tales you’d ferret away and recount, whether to a friend on a car journey, a child declining to go to bed or to yourself on a muddle of a day. After all, as the epics illustrate, what is the worth of a story unless it passes from person to person, voice to voice, from this time to another?

It is no surprise then that this 31-year-old author’s strongest influences are medieval folk tales and ancient epics. Sipping masala chai, at his father Shashi Tharoor’s residence in Delhi, he says, “These texts for me are as powerful, moving and stimulating as the 20th century novel. They are not just historic curiosities. They are texts that move me. I like to think my writing is steeped in them as well.”

And steeped they are like custard into jelly, each melting into the other in swirls of delight and pastels. Take ‘The Mirrors of Iskandar’, the last and longest story in the collection. Here Tharoor builds on the various legendary accounts of Alexander the Great—be it Armenian, Persian or Mongolian—to create his own version. He uses history as his launch pad from where he rockets off into his own retellings. He reimagines the ways Iskandar, his men and Aristotle escaped tedium during the early weeks of spring; they smoked hash and went rafting. He conjures up the siege of Russian towns, where Iskandar’s army ‘ran out of things to steal and people to rape’. He brings to life the charmed life and horrific death of the emperor’s favourite wife Nushabah.

While ‘The Mirrors of Iskandar’ was the last story he completed in this collection, it is also the one that has stayed with him for 15 years and in many ways is representative of this entire collection. As a teenager, he came across the folio ‘Alexander is lowered into the sea’ from a khamsa of Amir Khusrau Dihlavi at an exhibition at the Metropolitan Museum of Art, New York. That image impaled itself in his memory, led to his deep interest in the doings and undoings of Alexander and finally wound up as the cover of his book. He says, “That image was one of my inspirations for the entire cycle. It is in many ways emblematic of my own interest in history,” he adds, “I like the cover a lot. I really hope people judge the book by the cover.”

His study of the ancient will soon result in a ten-part series on the destruction of antiquities in Syria and Iraq for BBC radio. This interest also permeates through his book and translates into an “old way of telling”.

Of the dozen stories in the collection, only one is told in first person. The rest are narrated in an omniscient third- person voice. This voice of remove connects Tharoor back to the world of epics. He says, “I really like that third-person voice. It is the voice I am writing my novel in as well… I try to be lyrical in much of my writing, but I aspire to a kind of flatness in the narrative style. It can be sort of deceptive and intriguing to people, even if it comes across as straight forward.”

The one exception is ‘A Lesson in Objects’, told in the voice of a vegetarian college boy navigating the perils and perks of roving flatmates and girlfriends. This penultimate story breaks the rhythm of the narrative and sets it up for the entrance of Alexander. Tharoor explains this dexterous literary manoeuvre, “I wanted to include that story as a demonstration of something else that I could possibly do. It breaks the flow. In plumbing, they say, the flow of water can get blocked in a pipe that is straight. That is why pipes are like this (gesturing turns with his hands). Writing is like that too.”

While this omniscient voice of the narrator might connect Tharoor to the epics, it extracts him from this time, and this place. At the end of the collection, the reader is left not with a sense of having travelled through India, or Morocco or Persia. Rather she feels she has returned from a different period, perhaps, even a different dimension.

This happens for reasons of intent and accident. As Tharoor says, “As long as you are an English language speaker, no matter where you are from, these stories will be equally familiar and estranging. They don’t privilege anybody from a particular place, with a sense of closer proximity to the story, than anyone else. That is not something I did intentionally. It goes back to the omniscient third-person storyteller. You have to place that person somewhere. And I am placing that person, that voice in an un-national space. Where you can’t tell the nationality, the race, the origin of the storyteller.”

At a time when the memoir and confession have become de rigueur, when the milieu of writers determine their audience, Tharoor’s erasure of the self from the narrative is a welcome break, and hopefully a beacon for others to follow.

Tharoor’s passion for history and reading was stoked at a young age. His mother Tilottama Mukherji and his father played a big part in this. He spent his childhood in New York in a house that was cramped with books. His early memories wind back to his mother reading the Persian Book of Kings and Russian folk stories, and his father reading Enid Blyton, to his twin brother Ishaan and him. Since his mother was a professor of literature and his father a man of letters, the world of writing and reading were always close at hand. And this is a privilege Tharoor is deeply aware and grateful for.

While he has forgotten the first stories that he wrote down, he recently found “textual evidence” of a story (complete with illustrations) he wrote at age six, called ‘Sir Kanishk and the Magic Lamp’ and another one titled, ‘Little Turtle and the Battle for Freedom’. While the first one told of the wish fulfilment of a child, the second is an “anti-colonial, native American versus the British epic set in pre-modern Manhattan.” As an eight-year-old, the first story he typed out on his father’s computer dealt with the Mauryan Empire. Even 25 years ago, it was evident that Tharoor would create fictions not from the castle of fancies but from the realm of history.

As a “helpless sponge of historic material,” Tharoor was prepping for a career in academic history. He graduated from Yale with BAs in History and Literature, and was a fellow at Columbia University in Persian and South Asian studies. A twist of fate landed him at New York University where he was encouraged to read and write fiction. To compensate for this change in direction, it is only in the last few years that he has taken to reading more fiction.

But as Tharoor and the reader of Swimmer Among the Stars will tell you, the worlds of fiction and non- fiction are not entities unto themselves. Rather, they slip in and out of each other’s embrace, like partners in dance. The opening story ‘Elephant at Sea’ recounts the mammoth journey of an elephant from Cochin to Morocco for the amusement of the princess. Told with wry and sparkling humour, it recreates the toils of the mammal, the tragedy of the mahout and the bewilderment of the officials.

Years ago, Tharoor had heard snatches of this story third-hand and it had gestated within. But recently, he got the most extraordinary message from a woman whose father was the Indian Ambassador in Morocco and had even seen the elephant. With evident glee, Tharoor says, “I had no intention of delivering a real life story. I just wanted to write a fun one. The fact that someone who was close to the real story finds my embroidered narrative moving… that is amazing.”