Jottings of an Adman

Take a journey into the viciously competitive world of India’s largest ad agency in this brilliantly bitchy book. 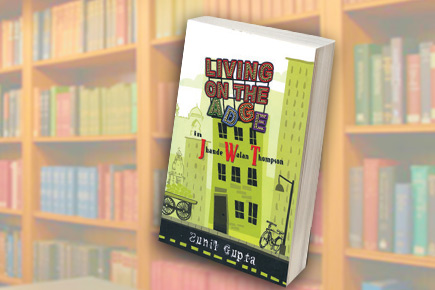 Take a journey into the viciously competitive world of India’s largest ad agency in this brilliantly bitchy book.


In the days before trade websites dedicated to advertising and marketing, and media, dutifully began reporting sundry undergarment brands calling for a pitch, copywriters switching jobs and suchlike, being able to ferret out scraps of information from the ongoing succession saga at India’s largest ad agency JWT (formerly HTA) was a matter of life and death for reporters on the ‘advertising’ beat.

Mahinder ‘Mike’ Khanna, JWT’s CEO for nearly two decades, and pushing 60 by the turn of the century, hung up his boots recently. What made it interesting was that the list of contenders was small enough for the matter to be settled by tossing a coin. But the egos involved and JWT’s inner political machinations were such that they inevitably sucked in many large clients such as Hindustan Lever as final arbiters, lending colour and mass appeal to the saga. Ad reporters who missed this holy grail of a story can satiate their curiosity thanks to this wickedly funny, brilliantly bitchy and slightly self-righteous insider account by Sunil Gupta, one of the aforementioned frontrunners for the job (who lost out).

For outsiders, the advertising industry might conjure an image of wild, pony-tailed creative whizkids who rock the TV screen and end up writing lyrics for Aamir Khan films. Gupta’s book would disabuse you of such notions by taking you inside the grimy and unglamorous engine rooms at ad agencies. In a book packed with anecdotes, Gupta minces no words—even friends and mentors aren’t spared.

The ‘Secret of My Energy’ ad campaign—a tagline and ad template still being flogged—was undoubtedly a turning point in Gupta’s 23-year-long career at JWT. But he’s candid enough to admit that neither he nor his agency had much role in coming up with the idea and credits it to Boost’s brand manager.

Vast portions of the book build the case against the dour and status quoist Mike Khanna, who seems to walk Gupta up the garden path, eventually to scuttle his chances of becoming CEO. But there are many interesting insights, too, on how clueless and myopic many family-owned brands such as Niky Tasha and Emami were in the 1980s and 1990s.

This book will have you in splits if you have a peripheral acquaintance with the ad industry. Even if you don’t, it’s a jolly good read.